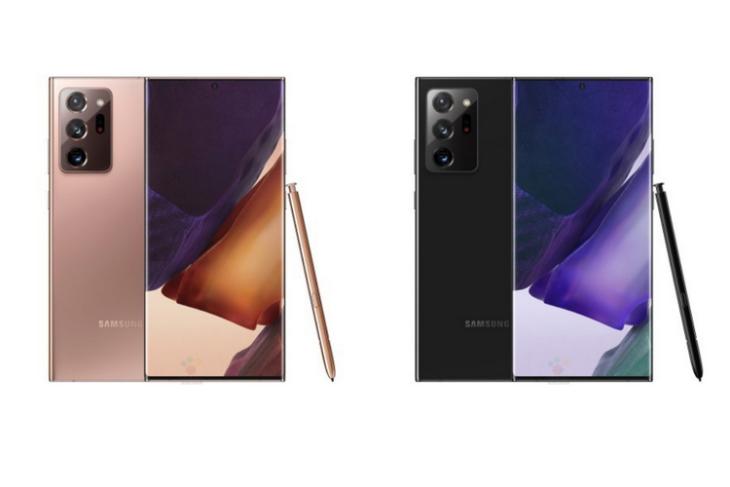 The Galaxy Note 20 series is all set to launch on August 5, at Samsung’s Unpacked event. However, as we approach the launch, leaks around the phones are coming out at an even faster pace. We have seen renders for both the Note 20 and Note 20 Ultra, and today it seems the Note 20 Ultra’s specifications have found their way online.

Samsung will carry on its legacy of stuffing the Note series to the brim with the latest and greatest tech it can. As expected, the phone will be powered by the Snapdragon 865+ processor, which is the first smartphone processor to breach 3GHz clock speeds. However, exciting as that is, the leak suggests Samsung will still use Exynos chipsets in Note 20 variants sold in regions such as India and Europe.

For the unaware, Samsung’s Exynos chips are widely disliked for not being as powerful, or power efficient as the Snapdragon counterparts found in Samsung’s US phones. The company, for its part, always denies these allegations. However, Samsung recently started selling Snapdragon powered phones in its home country of South Korea as well.

Anyway, coming back to the leaked specifications, the Note 20 Ultra will have 12GB of LPDDR5 RAM, which is plenty for a smartphone, and Samsung will pair that with 256GB or 512GB of UFS 3.1 storage. The leak also suggests that Samsung will continue allowing users to use microSD cards to expand the storage up to 1TB if needed.

The Note 20 Ultra will also come with a gigantic 6.9-inch QHD+ dynamic AMOLED panel. The display is rumoured to have 120Hz refresh rate, HDR 10+ certification, and a pixel density of 508ppi. However, more exciting is that the Note 20 Ultra might be the first phone to come with Gorilla Glass 7 protection for its display.

For optics, we have already seen that the phone will pack in a triple rear camera. The leak today suggests this will comprise of a 108MP primary sensor, a 12MP ultrawide lens, and a 12MP periscope lens with 50x zoom. Samsung is apparently backtracking from the S20 Ultra’s 100x zoom periscope lens with the Note 20 Ultra, as was previously reported as well. On the front, you will get a 10MP selfie shooter in the Infinity-O display of the phone.

Other specs are fairly standard for Samsung flagships, including in-display fingerprint scanner, AKG tuned speakers with Dolby Atmos, IP68 rating, and the usual connectivity radios. There’s Bluetooth 5 instead of Bluetooth 5.1, but WiFi 6 (802.11ax) should future proof your phone for faster internet speeds in the next few years, so that’s great.

The phone will also reportedly come with a 4,500mAh battery along with support for 45W fast charging, and Samsung’s Wireless PowerShare feature that allows you to use your phone as a wireless charger for things like a smartwatch or earbuds.

Also, if you’re worried, Samsung will likely include the charger in the box, unlike some other brands. However, the South Korean giant is expected to ditch in-box chargers from next year.

As mentioned earlier, the Galaxy Note 20 series is going to launch on August 5. We are also expecting the Galaxy Watch 3, and Galaxy Buds Live to make an appearance alongside some other devices. After all, Samsung did mention that it will launch five new devices at the event, so stay tuned.