Skip to content
Home What is What is Bluetooth 5? Everything You Need to Know

The Bluetooth technology is more than two decades old and is still the dominant wireless tech standard for transferring data over short distances. It is estimated that about 13.9 billion wireless products will be shipped by 2020, out of which every third device will include the Bluetooth technology. The fifth iteration of Bluetooth is just around the corner, so I take this opportunity to try and educate our readers on what the latest Bluetooth version has to offer.

The fifth version of Bluetooth was unveiled in June 2016 by Bluetooth SIG, the official governing authority for the Bluetooth standard. It wasn’t officially adopted until December 2016, though. The latest version of Bluetooth promises faster data transfers, wider range, co-existence with other wireless technologies amongst several other things. I’ll do a quick rundown of the improvements that Bluetooth 5 brings to the table.

The current version of Bluetooth, Bluetooth 4.2 has a theoretical speed cap of about 1 Mbps. The latest offering promises twice as much speed, up to 2 Mbps. You can experience increased data transfer rates, given that you have both the devices with Bluetooth 5 support. Also, an important thing to note that the aforementioned speed is only theoretical, and actual transfer rates will be a bit lower.

Bluetooth 5 extends the range of Bluetooth 4.x by up to four times and has a theoretical range of about 120 metres. To achieve this wider range, the bandwidth can be decreased while maintaining similar power requirements. The Bluetooth SIG notes that it can be particularly useful for smart home solution providers, who can now cover the entire house. Again, this range is only theoretical and actual range will be a bit lower.

Starting Bluetooth 5, the Bluetooth SIG does away with the different modules and devised Bluetooth 5 from the ground-up to be always low-energy. This means that your devices connected via Bluetooth will consume much less power. Time to say goodbye to battery woes!

Impact of Bluetooth 5 on Smart Home, IoT and Wearables

As already noted, the wider range will be especially helpful for smart home solution providers, who can now benefit from the extensive coverage. You can also transfer files between devices even if they are not in the very close proximity (up to 120 metres, that is).

The 8x increase in broadcast messaging capability can play a pivotal role in pioneering Bluetooth beacons, as it renders the beacons more powerful now. Also, better interference detection prevention is a win-win situation for all the competing wireless standards in the neighbouring bands. This is extremely crucial for coexistence in a competitive environment.

Will Bluetooth 5 be Backwards Compatible?

When Will Devices Ship With Bluetooth 5?

Bluetooth 5 developer kit is now available, but it may take four to six more months before it becomes a standard on smartphones and other wireless devices. There’s a high possibility all the smartphones that will ship after late 2017 will come with Bluetooth 5 equipped. It is rumoured that Samsung’s flagship for this year, the Galaxy S8, would be the first phone featuring Bluetooth 5. As Apple releases iPhone in the second half of the year, the next iPhone (iPhone 8?) is expected to ship with Bluetooth 5 as well. If you are a developer, you can download the Bluetooth 5 core specification. 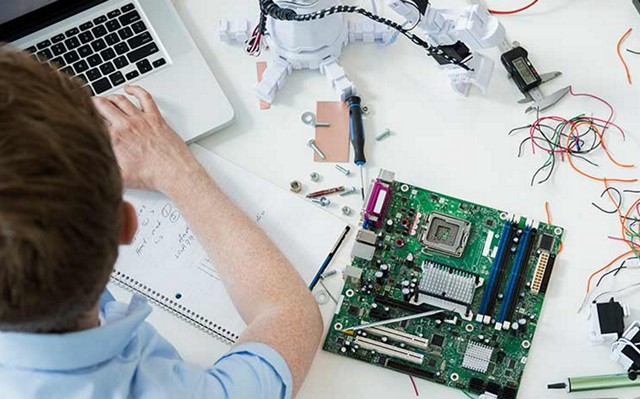 The Future Of Bluetooth

Although the Bluetooth 5 comes with lots of improvements, there are some features that did not make it to this version and are expected to be included in the future versions. I’ll list a couple of those below:

Bluetooth 5 certainly hasn’t taken leaps and bounds in one important aspect: Bluetooth audio streaming. Advanced Audio Distribution Profile (A2DP) is a Bluetooth profile that defines how audio can be streamed over a Bluetooth connection. A2DP supports a few codecs by default and can be extended by third-party companies to provide additional codec support. Bluetooth 5 doesn’t bring any notable improvement in this area, so we’ve to rely on third-party proprietary audio codec compression algorithms like aptX by Qualcomm. The Bluetooth SIG has solaced by saying that audio improvements are “in the works” and you should expect audio streaming enhancements in the near future.

Another great feature that did not make it to Bluetooth 5 is mesh networking. Mesh networking is a complex technology, but for us laymen, this explanation from the Bluetooth SIG website should do: “If you have a device within range of another device on a Bluetooth mesh network, you have just extended the range of both devices. Now, keep adding mesh nodes to the network, and you can keep expanding the range of the solution.”

You can infinitely extend the range of Bluetooth and can cease worrying about the limited Bluetooth range. This technology is expected to be backwards compatible with both, Bluetooth 4.x and Bluetooth 5.

The Bluetooth mesh network prototype is available for SIG members right now. There’s no public release date as of yet, but it should be available as soon as all the kinks are ironed out.

WiFi HaLow was unveiled at CES 2016 by the WiFi alliance as a direct competitor to Bluetooth. WiFi HaLow is being targeted at smart homes, wearables and other IoT devices. Unlike Bluetooth which operates on the 2.4 GHz band, it operates in the unlicensed 900 Mhz range which means it has better penetration through walls thus maintaining a robust connection. The range of WiFi HaLow is expected to be double that of other WiFi standards. There’s no official word on when WiFi HaLow will make it to IoT devices, but industry experts claim that it won’t be out until 2018 at least.

SEE ALSO: What Are Bluetooth Beacons? Everything You Should Know

With Bluetooth 5 upcoming, it would be interesting to see how the wireless standards competition plays out. Do you think there would be a dominating standard? Or both the standards will co-exist in the IoT environment? Meanwhile, I would also love to hear your thoughts about the improvements in Bluetooth 5 in the comments section below.