Skip to content
Home News Samsung May Soon Stop Including Chargers with Its Phones: Report 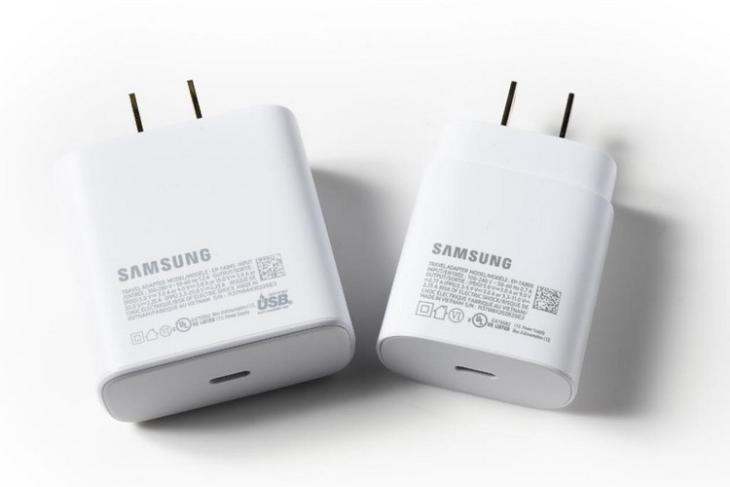 We recently saw reports that Apple will not include a charger in the iPhone 12 box. Those reports were further corroborated by Nikkei Asian Review. Well, it turns out, Samsung may be planning a similar step for its smartphones as well.

A new report claims that Samsung is considering the step for its future smartphones starting as soon as next year. This means, the next Galaxy S series flagship might ship without a charger as well. However, considering that the report seems confident the change will take place next year, the Note 20 line up should still pack the charger in the box.

The reasons behind Samsung’s thinking are pretty much the same as Apple’s. The South Korean giant ships millions of smartphones every year. Removing charging bricks from the boxes will save Samsung a lot of money. Plus, it will allow the company (if it wants) to price its phones more aggressively. There are also the environmental benefits of not shipping millions of chargers that will end up in the tons of electronic waste generated by us every year.

Obviously, Samsung will continue selling its fast chargers, and wireless chargers to anyone who wants to buy one for their smartphone.

To be honest, I don’t know how I feel about companies not including chargers with the phones. However, it does make sense. I have more than 5 chargers at home, from old phones and other gadgets. Most of these chargers can charge any phone since most smartphones have USB C connectors these days. Do I need a new charger with my next smartphone? Probably not.

Still, it is a big step to take for both Samsung and Apple. Chances are Apple will be the first one to take the step because the iPhone 12 is coming this year, and Samsung is planning on the step next year. So, we can expect a lot of Apple bashing if the Cupertino giant removes the charger from the box. Whether Samsung does the same or not is difficult to say. What’s even more difficult to say is whether the cost benefits will pass on to consumers or just thicken the profit margins of these tech giants.

What do you think about this step? Let us know in the comments below.