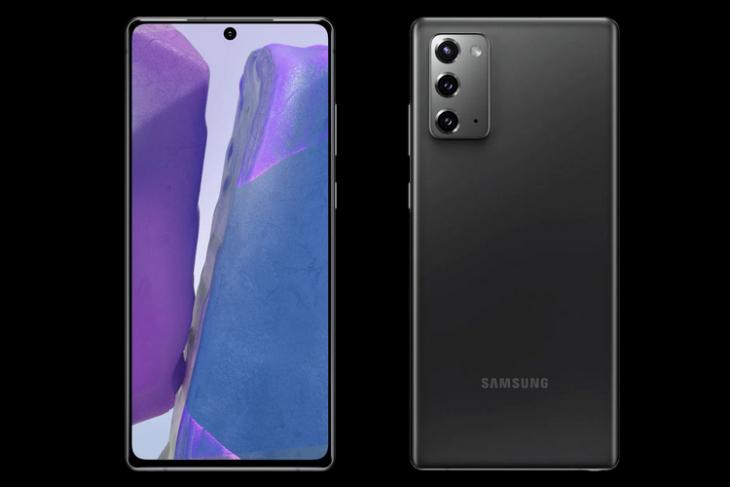 Samsung’s Galaxy Note 20 has been leaked in all its glory, giving us our first clear look at the upcoming device. The image comes courtesy of noted tipster, Evan Blass, who posted a 360-degree GIF created with 3D renders of the device. If the images turn out to be accurate, the Note 20 might look more like the Galaxy S20 rather than the Galaxy Note 10.

As can be seen in the GIF below, the display on the Galaxy Note 20 will apparently be flat, unlike that of its predecessor. Samsung ditched the curved-edge displays with the Galaxy S20 earlier this year, and will apparently stick to that design with its upcoming phablet as well. The GIF also suggests that the phone will have a centered punch-hole upfront to house the selfie-cam. Apart from that, it will have an elongated display with minimal bezels around it in accordance with the modern smartphone design language.

On the back, the Galaxy Note 20 will sport a triple-camera setup if the GIF is anything to go by. The module will seemingly be much less conspicuous than the camera bump on the Galaxy Note 20 Ultra. Of course, Samsung is yet to officially give us a glimpse of either device. However, the latter was leaked on the company’s own website a couple of weeks back, giving us a look at what promises to be the top-end model of the Note 20 lineup.

Either way, the Galaxy Note 20 lineup will be unveiled August 5th at Samsung’s first-ever online-only ‘Unpacked’ event. So it’s only a matter of time before we get more info on the subject.