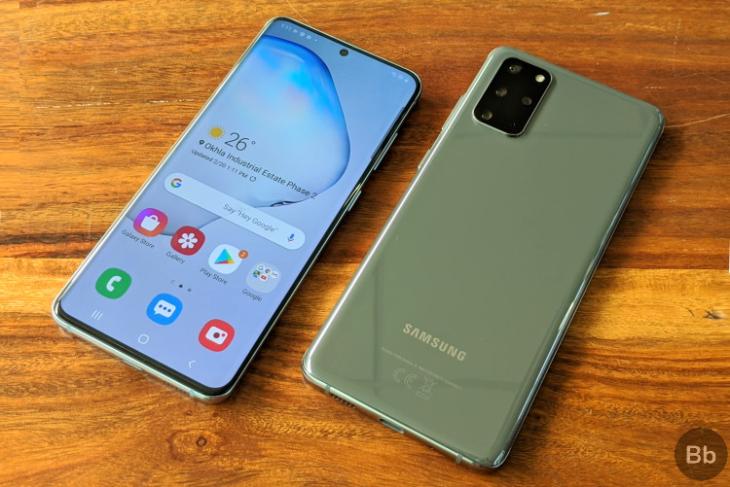 Yesterday, news reports out of South Korea highlighted that Samsung had taken the decision to ship its flagship Galaxy S20 units with the Snapdragon 865 Mobile Platform in its home country — a decision that has major ramifications for Samsung’s Exynos chipset.

According to that report, Samsung officials had conducted multiple tests on the Exynos 990 and had found that the chipset was not as good as the Snapdragon 865. That, combined with the fact that 5G is important in South Korea, reportedly led Samsung to opt for the Snapdragon 865 chipset in the S20 units being sold in its home turf.

Now, in an official statement sent to Sammobile, Samsung has responded saying that there is no difference in the performance offered by the Exynos 990 and the Snapdragon 865. The company’s statement reads: “The Galaxy S20 is a smartphone that’s been reimagined to change the way you experience the world and depending on the region, the Galaxy S20 will either ship with the Exynos 990 or the Snapdragon 865. Both the Exynos and Snapdragon processors go through the same strict and rigorous, real-life testing scenarios in order to deliver a consistent and optimal performance over the entire lifecycle of the smartphone.”

The idea that the Exynos 990 and Snapdragon 865 are equals is questionable at best. Even in “real-world” performance, if we stop considering benchmark scores, it’s very evident to anyone who has used the Exynos-packed variant of a Samsung flagship (as I have) that it suffers not only in terms of raw performance, but also in terms of battery life.

I’ve said it earlier, and I stand by it, that Samsung should stick with Exynos chipsets, but probably not on its flagships. We do need the competition against Qualcomm to not only survive but thrive, and Huawei’s Kirin chipsets aren’t going to do it, especially since they are mostly used in Huawei phones, which now don’t have Google apps, and are a much harder sell outside of China.