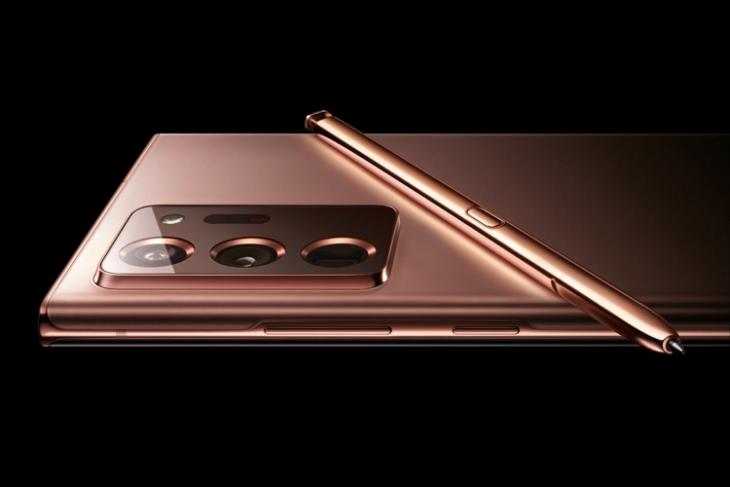 South Korean giant Samsung’s next flagship launch is going to be the Galaxy Note 20 series of phones. While so far we have seen a few leaks and rumours about the device, a fresh leak of the phone’s press renders has just surfaced.

Apparently, press renders of the upcoming Galaxy Note 20 Ultra were just posted on the Samsung Russia website. The renders show off the phone in all its glory, complete with the camera array on the back. From what we can see, the Note 20 Ultra will feature a similar rear camera island as the S20 ultra. That means a big rectangle smack dab in the corner.

The leak was tweeted out by Ishaan Aggarwal, and the design does look similar to the leaked cases for the Galaxy Note 20 Ultra. While we don’t know how this mistake happened, it’s likely it was just a mistake. However, it’s not the first time Samsung has accidentally leaked an upcoming phone on its own website.

Something weird!
Might just be our first look at the #Samsung #GalaxyNote20Ultra smartphone. This picture of the Bronze/Copper Galaxy Note 20 Ultra was found on the official Russian website of Samsung. Do you think it's the actual render or concept used by a Samsung team? pic.twitter.com/bkZsD6MeJM

Not much else was given away. Even though we would have liked a bit more in the way of images. However, Samsung usually launches the Note series in August, and it’s expected to do the same this year. So we don’t have a very long wait in front of us, at the very least.