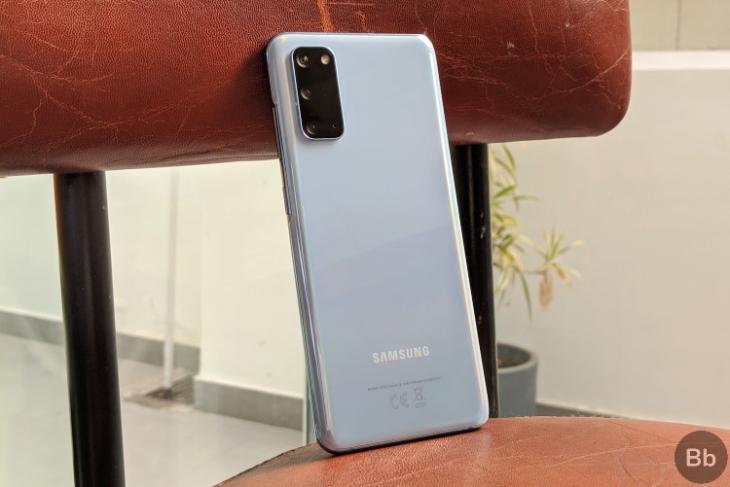 For the longest time, Samsung has sold two variants of its flagship smartphones around the world. There’s the Snapdragon-equipped variant, sold in the US and Europe, and the Exynos-equipped variants sold in countries like India, and Samsung’s home country of South Korea.

However, this year, Samsung made a pretty significant change — the company is reportedly selling Snapdragon 865 equipped Galaxy S20 units in South Korea instead of the Exynos 990 equipped models.

In general, that’s good news for South Korean customers, especially since the Snapdragon chipsets are leaps and bounds ahead of their Exynos counterparts. That much is known to most everyone who follows the smartphone world. And it’s not just in terms of performance, Snapdragon equipped Samsung phones are better in terms of battery life as well — that’s something I observed when I reviewed the Galaxy S10+ last year. In fact, there’s even a petition doing the rounds on the internet asking Samsung to stop selling Exynos equipped flagships.

The decision is a big deal, however, because this is the first time Samsung has decided to stick with Snapdragon 865-equipped S20 units for its home country — a change that has reportedly left the Exynos team at Samsung quite ashamed and humiliated.

The report mentions that Samsung’s decision was based on testing the Exynos 990 multiple times and finding that it doesn’t hold up to the Snapdragon 865. Moreover, with the company’s 5G push being as important as it is, especially in South Korea which is one of the first countries to get 5G networks, the Snapdragon 865 definitely makes more sense for the company.

The company is definitely not giving up on Exynos chipsets though, and, the report mentions that it will continue working on Exynos to hopefully bring it up to par with Snapdragon chipsets from Qualcomm.

Look, I’m just as annoyed with Exynos chipsets as any rational smartphone buyer would be. However, I not only completely understand Samsung’s desire to carry on with Exynos, I honestly hope they are able to. Hopefully though, Samsung will keep pushing Exynos in its mid-range and low-end smartphones instead of hamstringing its flagships in half the world.

At the end of the day, Exynos is the only competition Qualcomm has in the mobile chipsets space, and monopolies are downright bad. Qualcomm has a clear lead, and as of right now, it doesn’t seem like Exynos is catching up at any reasonable pace. However, I raise to you the example of Intel and AMD, where up until a few years back AMD was nowhere to be compared against Intel. Look where we are now.