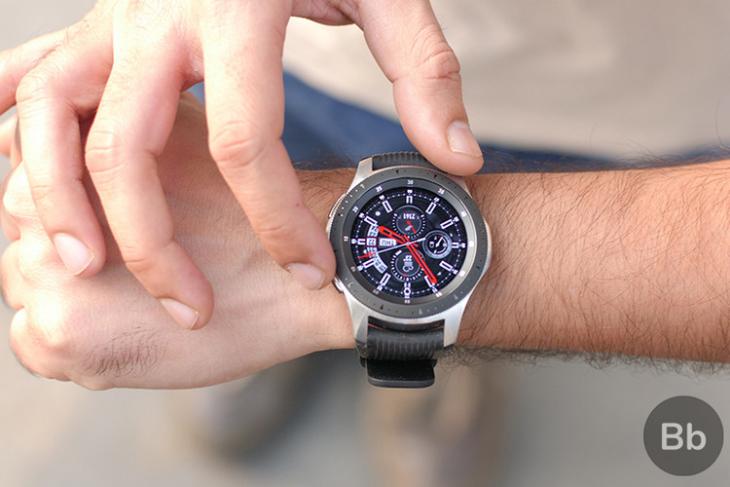 Samsung is apparently prepping the launch of its next-generation smartwatch, the Galaxy Watch 3. The device received certification from China’s Ministry of Industry and Information Technology (MIIT) back in April. It has now popped up on the website of Thailand’s telecommunications regulator, National Telecommunication and Broadcasting Commission (NBTC).

It is worth noting that the MIIT listing had only revealed its model numbers and not its name. The Thai listing, however, has confirmed rumors that it will, indeed, be the next installment in Samsung’s Galaxy Watch lineup. In fact, the listing has also revealed some of the key specifications of the device.

As can be seen in the image above, the Samsung Galaxy Watch 3 (model SM-R855F) will feature a 41mm display. It will also support LTE connectivity. Which means, users will be able to make or receive phone calls from the device itself. Other than that, the NBTC listing didn’t give away a whole lot about the upcoming smartwatch.

Meanwhile, the MIIT listing had earlier revealed that the Galaxy Watch 3 will offer a 45mm model alongside the 41mm variant. It also suggested that both the models will ship in Wi-Fi-only and Wi-Fi + LTE options. All the models will also have 2.4GHz Wi-Fi support and Bluetooth connectivity.

It’s worth noting that two upcoming Galaxy Watch models were also certified by the US Federal Communications Commission (FCC) recently. They come with model numbers SM-R845 and SM-R855. At least the R845 will ship with MIL-STD-810G durability and 5ATM water resistance, the listing revealed.

The Galaxy Watch 3 is gearing up to be launched soon. Today, four new support pages have gone live on the Samsung Korea website. These product pages are for the M-R840NZKAKOO, SM-R840NZSAKOO, SM-R850NZDAKOO, and SM-R850NZSAKOO devices.

The Galaxy Watch 3 is expected to be announced at the online-only Note 20 launch in August this year.

After briefly putting up the support pages for the upcoming Galaxy Watch 3, mentions of the name have been spotted inside the Galaxy Wearables app (via GSMArena).

This is the app that is used for interfacing with all Samsung wearables including smartwatches and earbuds like the Galaxy Buds+.

While we don’t know yet when the South Korean giant will launch the Galaxy Watch 3, chances are it will be alongside the Note 20 launch in August.

The Galaxy Watch may be in line for a July reveal, but the leaks aren’t stopping. Today, new information from Sammobile has given away the specifications of the upcoming Galaxy Watch 3.

The watch will come with a MIL-STD-810G certified body, along with IP68 rating against water and dust.

The Galaxy Watch 3 will be available in stainless steel and titanium editions, with a rotating bezel, and Gorilla Glass DX protection on the display.

As we already know, the watch will be available in two sizes — 45mm and 41mm.

The watch will come with GPS and LTE, but it’s unclear if the ECG feature will be available globally at launch. The functionality will be present in the watch, however.

The Galaxy Watch 3 has now been certified by the Bluetooth SIG.

While we already know almost everything about the upcoming smartwatch, the Bluetooth SIG listing confirms that both the 41mm and 45mm variants will come with Bluetooth 5.0 on board.

A new leak for the Galaxy Watch 3 is giving us a deeper look into the specs and some of the watch faces that will be included with the watch.

Max Weinbach got his hands on the Galaxy Watch 3 firmware and extracted the watch faces while also digging out some new features of the watch. 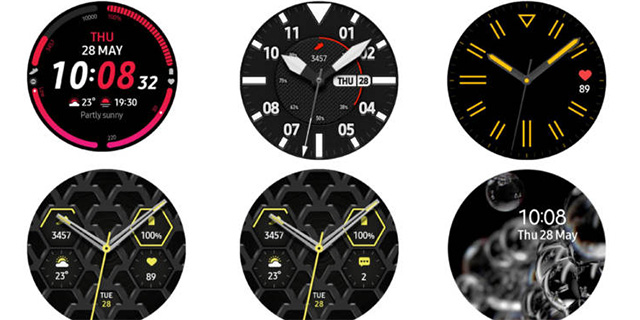 Weinbach also says that the watch will come with 8GB storage, of which around 5GB will be available to the user. Moreover, Samsung is adding a bunch of new features to the Galaxy Watch 3, including cycle tracking.

According to a tweet by Evan Blass, the Galaxy Watch will come in 9 different configurations. These will be differentiated by their build, LTE vs Bluetooth only connectivity, and dial size of 45mm and 41mm.

There will be 9 distinct Galaxy Watch3 configurations:

Blass also mentioned that the Galaxy Watch 3 pricing will start at $400 and go up to $600.

The first is a new Bixby trigger which will allow users to just raise their hands to launch Bixby. The second one is a new mute gesture which requires users to make a fist and shake it up and down to mute calls. Needless to say, this gesture can result in some weird looks and embarrassing public situations. 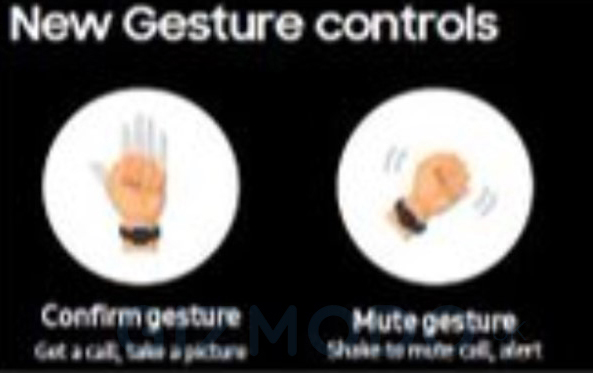 The report also claims that the Galaxy Watch 3 will come with a fall detection feature, similar to Apple Watch, that will trigger an SOS function when the watch detects a fall. It will also have a heart rate and blood pressure monitor along with ECG support.

The report also mentions that the Galaxy Watch 3 will launch on August 5 alongside the Note 20 and Galaxy Z Flip 5G.

The support pages don’t have any information about the watch itself, but it does hint that the watch might launch in India soon after its global announcement.

A new tweet from Max Weinbach has shed light on some more exciting watch faces for the Galaxy Watch 3. Apparently, the watch will come with a weather watch face that will have animations that change according to the weather in real time.

Remember that new weather app I was talking about on the Galaxy Watch 3? Well, it turns out it's a watch face! The background should change depending on the weather around you.

Here's one of the animations pic.twitter.com/8qYPW5BBMZ

There are also other animated watch faces including the one in the tweet below that looks similar to the Apple Watch’s “Breathe” app animations.