Putting an end to all the ‘How is Twitter free’ memes, Twitter has finally introduced a monthly subscription that offers additional features for a fee. Called Twitter Blue, this is Twitter’s first-ever subscription offering and primarily caters to power users who want extra features on the platform. But is it worth the hype? That’s exactly what we will be exploring in this article on the Twitter Blue subscription service. We will talk about new features offered as part of Twitter Blue, how to buy the subscription, and its free alternatives.

Twitter Blue is a monthly subscription offering from Twitter. With Twitter Blue, the platform isn’t entirely going behind a paywall. Instead, Twitter Blue brings extra features for those who expect more flexibility on the platform. It currently offers three additional features (discussed below) for a small fee. The initial rollout is limited to select countries, and we could expect global availability in the future.

That seems like a reasonable price for a monthly subscription, but are the features you get with Twitter Blue worth the money? Let’s find out. 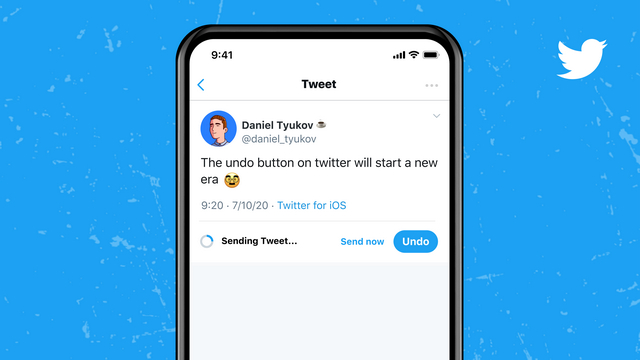 In an attempt to offer users something similar to an edit button, Twitter has brought an Undo tweet feature as part of Twitter Blue. As the name suggests, you can set a timer of up to 30 seconds and choose to undo the tweet within this time period. You can shorten the expiration period to 5, 10, or 20 seconds too. What this essentially gives users is a window to review their tweets.

To clarify, tweets are shared only after the ‘undo send’ period expires. However, after reviewing the tweet, you can tap on the “Send now” button to skip the timer. But, if you spot a typo, tap on the “Undo” button, re-draft the tweet, and then share it with the world.

If you often find yourself spotting typos just after sending out a tweet, the undo tweet feature is meant for you. It will enable you to see a preview of the sent tweet before it reaches your followers. This is the perfect solution for users who want to delete a tweet before someone sees it. 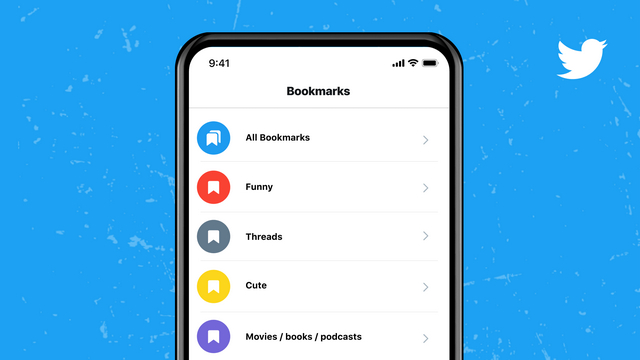 Have you ever wanted a way to organize all your Twitter bookmarks? If yes, the new Bookmark folders feature might be what you are looking for. With Bookmark Folders, you can group your bookmarked tweets into separate folders. All you have to do is assign folder names and move bookmarked tweets to folders.

While we love this feature exists, Twitter shouldn’t be charging a fee for something so simple. It’s a feature everyone would love to have but won’t cough up money for. We have included a free alternative to the ‘Bookmarked Tweets’ feature down below, so read on. 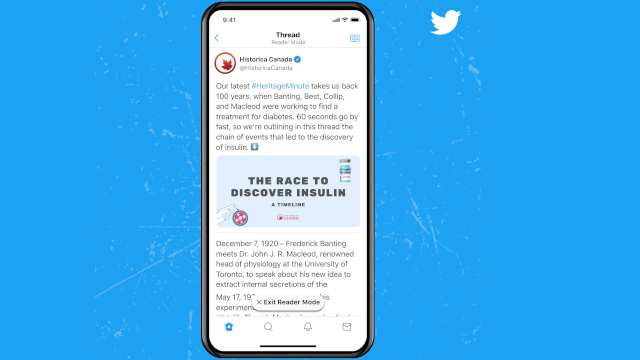 Reader mode is for those who love reading tweetstorms or threads, as Twitter now calls it. The feature makes it easier to read Twitter threads and helps improve the tweet reading experience. Instead of going through multiple tweets, you get all the tweets part of the thread in one place. Twitter users who prefer reading threads like a blog post will appreciate the existence of Reader mode in the Twitter Blue subscription.

Under this paid subscription, you can also customize the color theme and app icon of the Twitter mobile app on iOS. The available color options include Blue, Yellow, Red, Purple, Orange, and Green. As app reverse engineer Jane Manchun Wong pointed out, app icons and color themes don’t use the same color code, at least at this moment.

Also why aren’t there matching pairs of themes and icons pic.twitter.com/LxxfSeUOf2

If all the features mentioned above sound appealing to you and you live in Canada and Australia, you can get the Twitter Blue paid subscription right now. Just follow the steps below:

1. To sign up, open the Twitter app for iOS, open the hamburger menu via the three horizontal lines at the top left. Here, you will see the Twitter Blue option.

2. On the next page, press the “Subscribe for $x/month button” and complete the payment.

You might have heard of Tweetdeck, but there exists a browser extension called Better Tweetdeck that enhances the capabilities of Tweetdeck. One noteworthy feature of the extension is re-draft, which essentially works like the “Undo tweet” feature. Here’s how it works:

Install Better Tweetdeck extension (links below) on your desired browser and click on the options menu (three horizontal dots) of your recent tweet in Tweetdeck (visit). You will see a “Re-draft” button here, as shown in the image below: 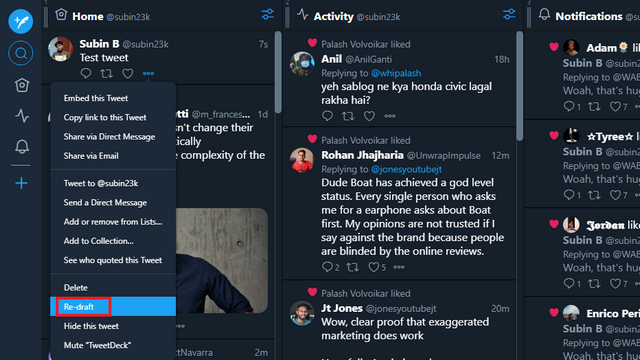 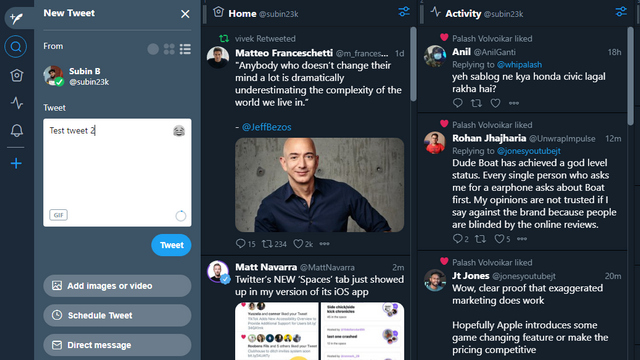 The Bookmark folders feature is arguably the most attractive Twitter Blue addition for most users. And that’s for a good reason. If you often use Twitter’s built-in bookmarks tool, it is a neat bonus to stay organized. However, if you don’t mind using a third-party service, you could use one of the best bookmark managers. 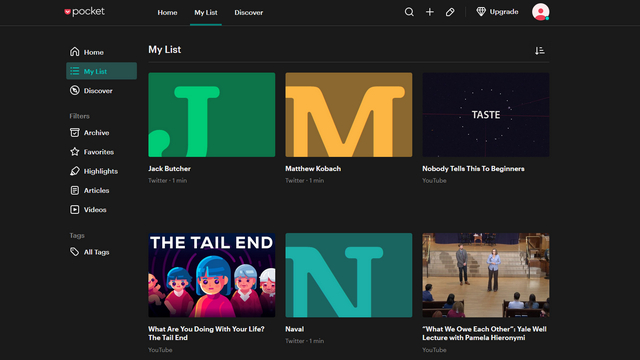 One bookmark manager I would recommend for this use case is Pocket. Owned by Mozilla, the service has a free tier with essential features. Within Pocket, you can assign tags to organize tweets. As far as availability is concerned, Pocket is built into the Firefox browser. Users of other browsers can install Pocket’s Chrome extension to quickly save tweets, instead of shelling out money on Twitter Blue’s Bookmark Folders feature. 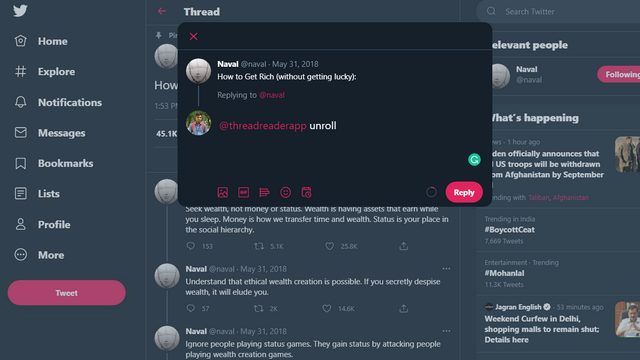 Twitter Blue’s Reader mode has powerful alternatives since Twitter users have long been using third-party services to save Twitter threads. One such tool is the Thread Reader bot. Log in to Thread Reader and reply to a Twitter thread in the following format to compile it into a single post and read it comfortably.

If you are looking for alternatives to Thread Reader, check out our article on the best ways to save Twitter threads. You will find other great tools, including Readwise, Threader, and Unroll Thread, along with instructions to use them in that article.

If you don’t want to pay for the new color themes and icons, I mean, why would you. It would be wiser to consider using the web version of Twitter on mobile. That’s because Twitter’s web client has had these themes for a while now, and they are absolutely free. 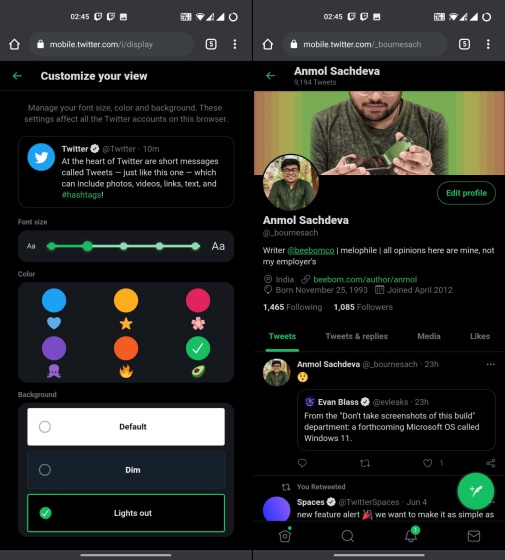 And for new icons, you should first learn how to use custom app icons on iPhone. Once that’s done, go through our article on creative iOS 14 home screen design ideas to find a good icon pack. Android users should check out our lists of the best free icon packs and cool new icon packs.

Having discussed the current Twitter Blue features and its free alternatives, here are a few feature suggestions we think could make the Twitter Blue subscription more attractive for potential subscribers:

It doesn’t take a genius to guess that an edit button is the top user-requested feature on Twitter. In fact, I see at least a tweet about users asking for an edit button once a week. The worst part is that Twitter knows this and is choosing not to add it. Last year, Twitter CEO Jack Dorsey revealed that Twitter is unlikely to add an edit button as it could lead to misunderstandings between the original poster and someone who retweeted it.

Well, Twitter could always go the Facebook way and add an edit history section to solve this problem. Or how about limiting the ability to edit tweets within 30 seconds and then adding an ‘edited’ label for such tweets? Most Twitter users want an edit button to correct typo errors, and if Twitter truly wants to give power user features, they should consider adding an edit button to the platform.

In a move that surprised many, Twitter skipped making ad-free access to the platform part of Twitter Blue. While I understand that advertising revenue could outperform subscription revenue, Twitter could add a second expensive tier to offer ad-free Twitter access to those who are willing to pay for it. No app tracking, no ads. That’s the experience many desire if they decide to pay for a service.

While I personally don’t want animated avatars to make a comeback, Twitter is likely to witness more Twitter Blue adopters if they reintroduce the feature behind a paywall.

Although Twitter lets you search for people and groups in the direct messages section, you can’t search DMs by keywords. This feature could be appealing to users who use keywords to search messages on other messaging platforms.

Twitter was moving at a slow pace for a long time, but it has changed a lot over the past year. The company recently introduced Instagram Story-like Fleets, Clubhouse alternative Twitter Spaces, Tip Jar, and several other new features. It also announced Super Follows, Communities, and other upcoming features earlier in 2021. 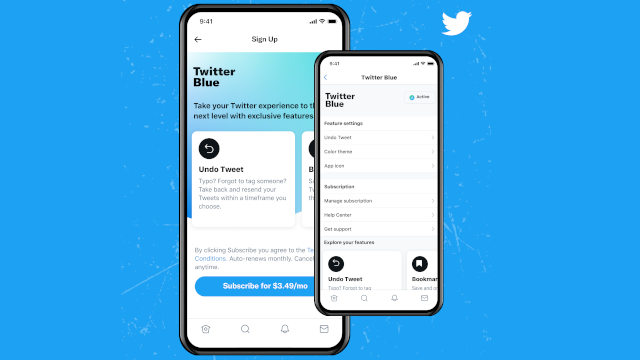 After going through Twitter Blue features and the potential free alternatives, it’s evident that most Twitter users don’t need Twitter Blue at its current state. Unless one of the existing features is important to you and fits your workflow, you are better off without Twitter Blue.

With that said, Twitter Blue just had its initial release, and the company is working to add more features in the foreseeable future. We hope Twitter brings appealing features such as ad-free access to make Twitter Blue a viable subscription service. One that users would actually want to spend money on.

So, that’s all you need about Twitter Blue in 2021. We will be updating this article when the company introduces new Twitter Blue features and expands the availability, so stay tuned for that. If you are a regular Twitter user, do you plan on buying a Twitter Blue subscription based on the current features? Do share your thoughts with us in the comments.