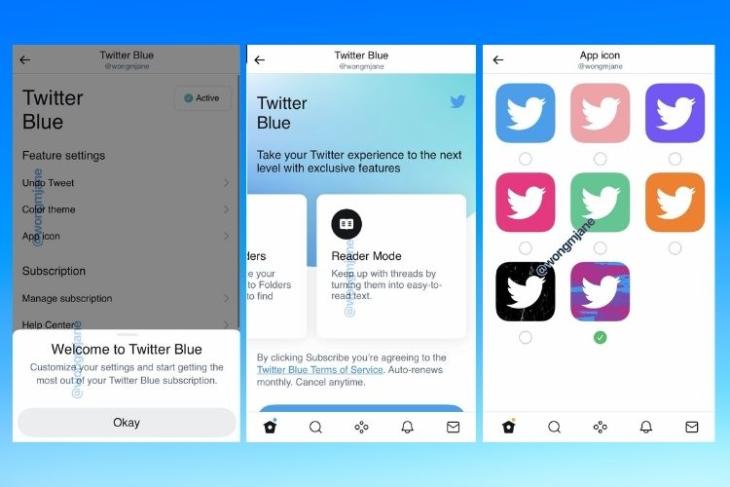 For the unaware, Twitter has been working to add some nifty features to its platform for the past few months. This includes features such as a new “Undo Tweet” button and a new “Reader Mode”. However, the company is reportedly aiming to bundle these features in its Twitter Blue subscription service, which was first discovered by reverse app engineer Jane Manchun Wong.

Before today, there was no official word on the Twitter Blue service from the company. However, as spotted by Macrumors, Twitter revealed the existence of the subscription service along with its charges on the iOS App Store.

If you now go to the App Store on your iPhone and open the Twitter app listing, you can find the mention of Twitter Blue under the “In-App Purchases” section. This essentially confirms that Twitter is working to launch its subscription service sooner rather than later. While the service will be priced at $2.99/ month in the US, the Indian pricing of Twitter Blue will be Rs 269 (shown in the screenshot above), which is fairly reasonable.

With the Twitter Blue service, users will get access to exclusive features such as Color Themes, custom app icons, a new Reader Mode for easy-reading of long threads, and the long-requested “Undo Send” button for tweets, as revealed by Wong in a recent tweet. So would you get the subscription just for the Undo tweet functionality or not? Let us know your thoughts in the comments below.