As I mentioned above, Thread Reader converts a threaded tweet into a simple blog post giving you an easy and faster reading experience. Thread Reader calls it as unrolling a tweet. There are three methods to unroll a tweet using Thread Reader service, and we are going to look into all of them one by one:

3. Now, click on the “Unroll in Thread Reader” option.

4. A new tab will open which will house all the tweets in a blog post, just as shown in the picture below. 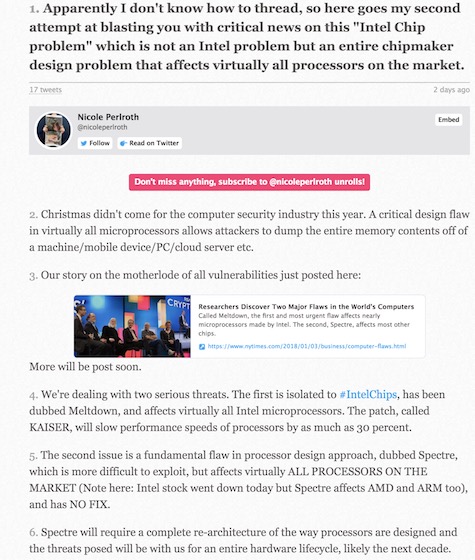 The video also shows how you can use the Chrome extension of Thread Reader to unroll and easily read the threaded tweet.

If you prefer to browse Twitter on your phone like most of us do, here is how you can use Thread Reader’s Android app to unroll and easily read a threaded tweet: 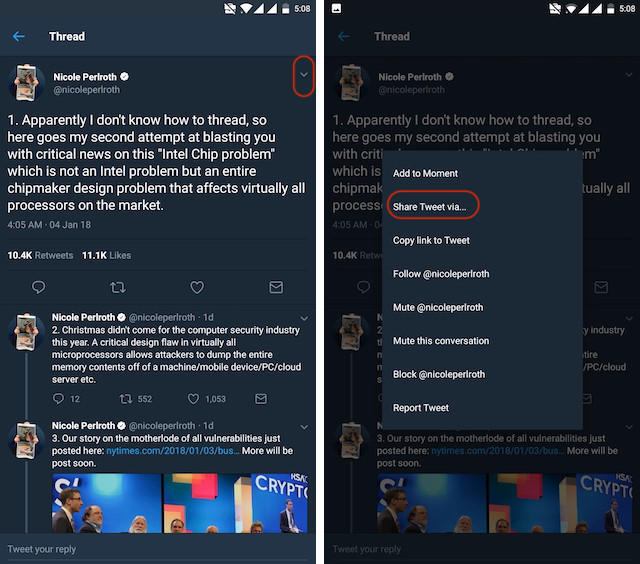 3. Now, scroll down to find the Thread Reader option, and tap on it. You will see that a new link will open which will house all the tweets in an easy to read blog post. 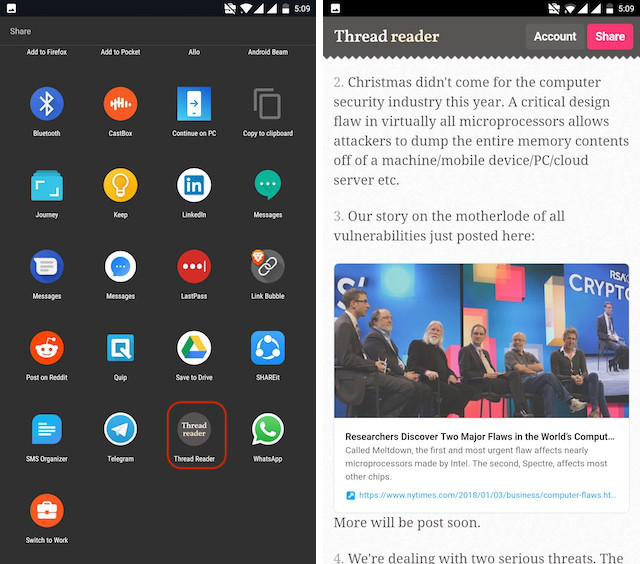 The above two methods are simple and easy to use, but what if a user neither uses Chrome or Android. Well, then he/she can utilize the Thread Reader bot to unroll the threaded tweet.

Note: I am using Safari on my MacBook Pro for demonstrating this feature. 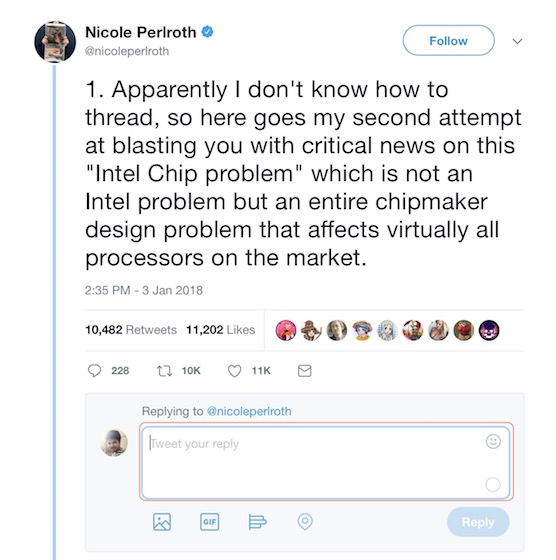 2. Here, type the following reply and post it – @tttthreads unroll, as shown in the picture below. 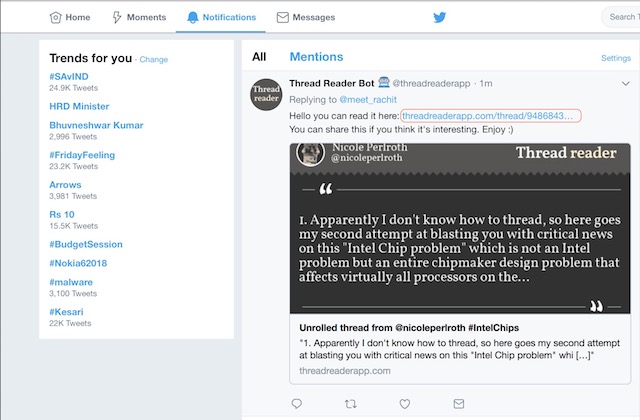 And this is how it looks when you click on the link in your notification. 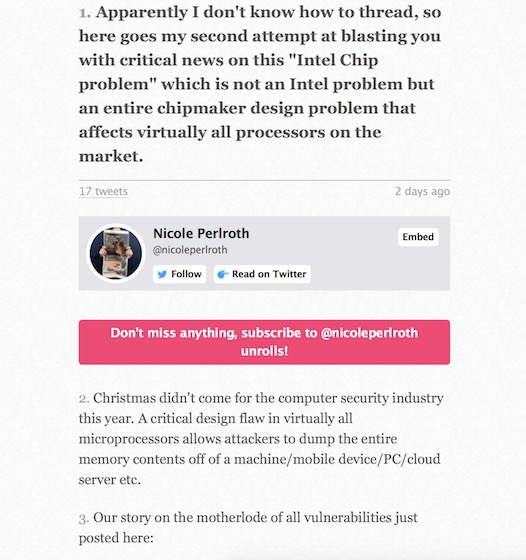 4. Here’s a video explaining the same thing. Watch it, if you were not able to follow the tutorial mentioned above.

SEE ALSO: How to Check What Google Knows About You

As you can see, Thread Reader makes it really easy to read long threaded tweets. If you are someone who deals a lot with threaded tweets, this can save you a lot of time and effort. Do use this nifty trick and let us know if you like it or not. If you do like it, remember to share this article with your other Twitterati friends.