Hot on the heels of recent iOS 10.2 jailbreak, a lot of new users are wondering what’s all the fuss about jailbreaking your iPhone. We, at Beebom, are dedicated to creating some of the best explainers on the Internet. The other day we explained what actually is jailbreaking and other related questions you may have as a beginner. Most people will agree that jailbreaking an iDevice has become a lot less appealing than it used to be a few years ago. This is because Apple constantly pumps out new jailbreak-style features to iOS, thus making jailbreaking less alluring. Still, the golden era of jailbreaking is far from over and I’ll give you 7 reasons why you should still jailbreak your iPhone:

When I first switched from Android to iOS, my biggest concern was the lack of customization options in iOS. On Android, you can easily change the home screen, lock screen, system fonts or pretty much anything, without going through the hassle of rooting your device. There are a few ways to customize iOS’s home screen without jailbreaking, but truth be told, most of them are clunky workarounds. If you want to break apart from the shackle of default rows and columns layout, jailbreaking opens a new dimension altogether. 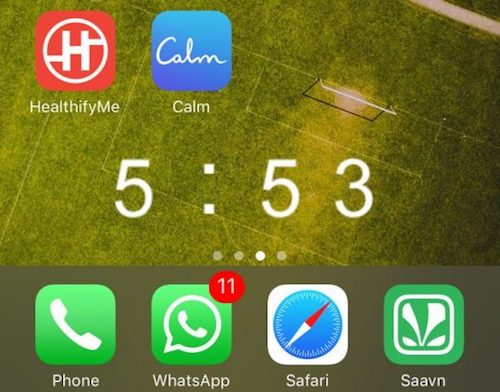 For starters, you can change the layout of icons, place widgets on the home screen, change system fonts, etc. In the status bar, you can add a custom carrier logo or name, change battery indicators and move around status bar items. You can speed up iOS’s default “relaxed” animations and add new animations to the home screen.

There are numerous tweaks to help you control each little detail of the Control Center and the notifications center, so you can customize it to your liking. If the idea of boundless customization gets you excited, head over to our best hand-picked jailbreak tweaks to customize your iPhone.

With the right kind of jailbroken apps, you can enhance the functionality of existing features like the TouchID, 3D touch and Siri. By default, you can use TouchID to unlock your iPhone, purchase content from iTunes, etc. If you’ve jailbroken your iPhone, you can extend the functionality of TouchID to lock down individual apps or use it as a virtual home button replacement. You can use Siri as an overlay instead of having to take it over your screen, à la macOS style. 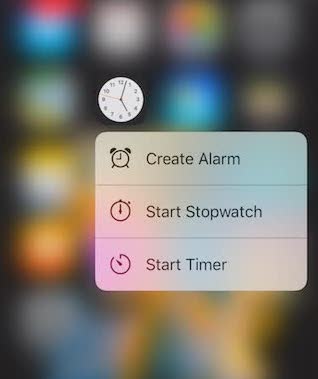 Also, there are certain iPad-specific features that’ll probably never see the light of day on iPhones. Fortunately, there are jailbreak tweaks that bring iPad’s Picture-in-Picture (PiP) mode and iPad-style Slide Over and split-screen multi-tasking to iPhones.

Sometimes, cellular operators disable the tethering functionality and charge you extra to share your iPhone’s data connection over WiFi. To get around such ridiculous restrictions, you can use tweaks like TetherMe to create a personal hotspot.

I’ve emphasized this before and I will again: jailbreaking your iPhone just for the sake of better privacy and security controls alone could easily backfire as jailbreaking itself exposes your iOS device to several vulnerabilities. So, instead what I’d recommend is that assess for yourself how safe is jailbreaking and only then proceed to actually jailbreak your iPhone. 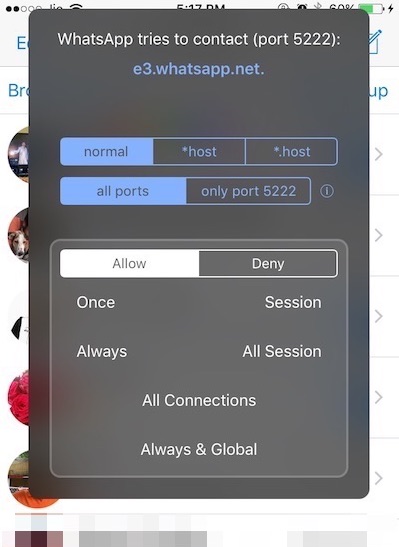 If you acknowledge the risks inherited with it and are mindful of the actions you perform, jailbreaking can actually bring better privacy and security controls. For instance, when it comes to security you can lock individual apps, folders and control center toggles with TouchID. iCaughtYou takes a picture when the lock password is entered wrong and forwards the picture and location data to your email of choice.

Firewall IP7 is another great jailbreak tweak that lets you selectively block outgoing network connections. This way, you can always be sure that only apps you allow can send data over the network and if an app’s network activity seems suspicious, you can block it right away. Protect My Privacy (PMP) can help you protect personal information on your iPhone. Every time an app requests any personal information such as contact details or your location, it prompts you to either “protect” or “allow” access. If you tap “protect”, PMP can supply dummy information to protect your privacy.

On jailbroken iPhones, you can install Filza file manager to browse and modify the entire file structure. It also comes with an inbuilt media player, supports file sharing protocols like SMB and cloud services like Dropbox and Google Drive. It comes with IPA installer, so you can directly install source IPA files, just as you install an APK on Android. It also features a DEB installer, so you can install jailbreak tweaks outside of the Cydia store. Also, it is highly customizable with support for themes, custom folder icons, etc. 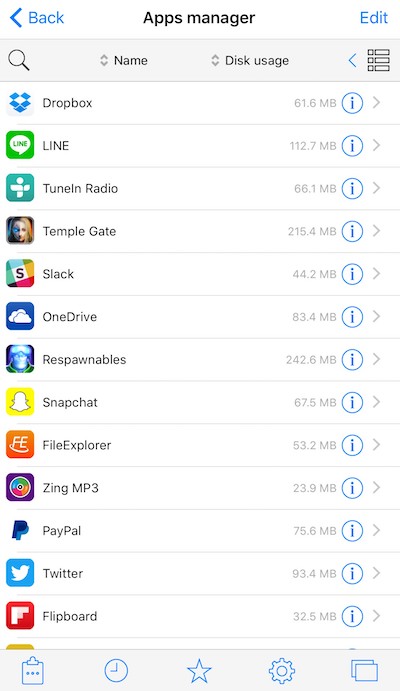 If you have not jailbroken your iPhone, check out our post on best file managers for iPhone. Please note that only certain parts of the file system shall be accessible with these file managers because they do not have the permission to access system files. If you want to have full, unrestricted access, you’ll have to jailbreak your iPhone. 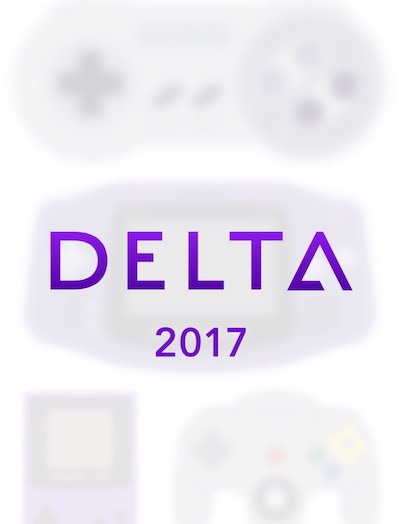 GBA4iOS is a popular Game Boy Advanced emulator that comes with Dropbox sync, controller support, cheat codes support, multiplayer support and tons of other features. iNDS is a Nintendo DS emulator and it works on non-jailbroken devices, too. RetroArch is another great emulator that supports dozens of platforms like PlayStation 3/Portable/Vita, Xbox One/360, Nintendo Wii/3DS and a lot more.

An important thing to note is that while downloading emulators is perfectly legal, downloading and using ROMs from the Internet is not, as it poses a threat to intellectual property rights of video game developers. For instance, here’s what Nintendo’s official website says about the distribution of such ROMs:

You can potentially get in trouble for hosting or even using ROMs of copyrighted games. So, next time you’re downloading ROMs of games, be extra mindful of the games you are downloading.

6. Clear Cache and Free Up Space

Having offered the 16 GB as the base model for iPhone for about six years, Apple has ensured that a lot of users keep constantly battling for storage in the wake of 4K videos and extensive games. Oh, and Apple doesn’t even offer a simplified way to clear cache consumed by apps. The only way you can clear cache right now is to uninstall and re-install apps, which is far from convenient.

If you’ve jailbroken your iPhone, there are various tweaks that let you clear cache and free up space. First up on my list of such apps is CacheClearer that adds an option to clear cache right into the app settings, so it feels kind of native option. Another tweak called iCleaner accomplishes the same but as a stand-alone app. If you want detailed instructions on how to install these apps, head over to our article on how to clear cache on iPhone. 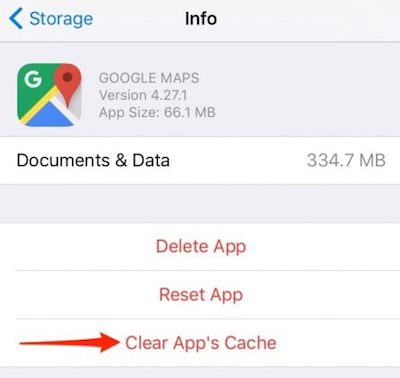 While I agree that iOS is extremely polished, it also has its fair share of annoyances/problems. Until Apple decides to iron out the kinks, you can use a few jailbreak tweaks to get rid of such annoyances. For instance, you can replace the obtrusive volume HUD overlay, group notifications by app, bring back the iconic “slide to unlock”, amongst several other things. If you’re interested, head over to our original post on how to fix the major iOS annoyances (jailbreak edition). Meanwhile, if you haven’t jailbroken yet, you can get rid of some other iOS 10 annoyances.

7. Get a Taste of Future iOS Features

For instance, most of the features from the “bygone era”, like multi-tasking, copy-paste, Bluetooth keyboard and personal hotspot were all brainchild of the jailbreak community first. Apple decided to copy them and add them as native features in iOS. The tradition perpetuates till today. Night Shift, introduced in iOS 9.3, aims to prevent eye strain by reducing the amount of blue light. Guess what? F.lux, a similar jailbreak-only app has been accomplishing the same since six years. In fact, this happens so frequently that the community has coined an actual term for it — “Sherlocking”.

So, what I want to say with these examples is: It’s highly possible that the popular jailbreak tweaks you are using right now, will be “Sherlocked” by Apple in the near future. In a way, you are getting a sneak peek of what’s coming in the future versions of iOS. Be ready to live on the edge and experience features before they make their way to iOS!

Got Enough Reasons to Jailbreak Your iPhone?