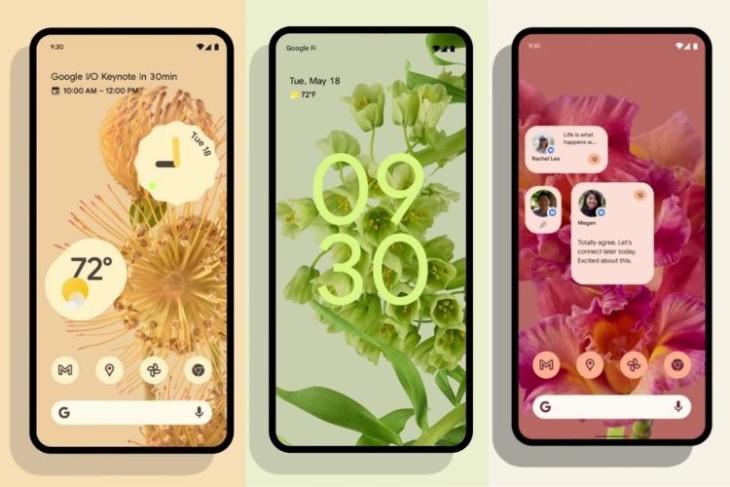 After three developer previews and five beta builds, Google has officially released Android 12 to AOSP today, instead of Pixel phones. Yeah, that’s a different schedule as compared to previous years. In an official blog post, Google states that Pixel phones will get the Android 12 stable update in the next few weeks, followed by leading phone makers, including Samsung Galaxy, OnePlus, Oppo, Tecno, Vivo, Xiaomi, and Realme releasing their custom skin later this year.

The blog post further goes on to talk about some of the new features introduced in Android 12. The biggest highlight of Android 12 is its Material You wallpaper-based theming system, which is really cool. Behind the scenes, app developers at Google have been hard at work implementing Material You theming support for all popular Google apps, including Chrome. Google has also introduced a chunky quick settings panel in the notification shade in an attempt to improve one-hand usage.

Visual tweaks aside, the operating system improves upon Android’s privacy features with the addition of a privacy dashboard and privacy indicators. Going forward, you will see a green pill indicator whenever an app uses your camera or microphone. You can get privacy dashboard and indicators on older Android phones too, thanks to the efforts of a third-party developer. Google has also added a Private Compute Core sandbox to help unify data access to ML features.

A feature likely to be appealing to the gamers out there is the new Game Dashboard. With Game Dashboard, you can record the screen, go live and stream gameplay on YouTube, take screenshots, and view the FPS of the current game using the in-game overlay. The feature will first come to Samsung phones, with more phones expected later.

One practical improvement in this update is the addition of scrolling screenshots. You no longer have to rely on third-party screenshot apps for taking a long screenshot. Those interested in this nifty feature can go through our guide on how to take scrolling screenshots in Android 12. For more features, do not forget to take a look at our list of the best Android 12 features.

Android 12 will be rolling to the Pixel 3 series and later in the coming weeks. That includes the Pixel 3/XL, Pixel 3a/XL, Pixel 4, Pixel 4a/4a 5G, Pixel 5, and Pixel 5a. The delay could be because Google aims to market the upcoming Google Pixel 6 series as the first devices to run its latest OS – Android 12 out of the box.

For other expected phones, feel free to check our article on when your Android phone will get Android 12 update. We also have a dedicated list of Oppo and OnePlus phones that will receive the ColorOS 12 update based on Google’s latest Android iteration.