Following the first Android 12 developer preview last month, Google has now released the second developer preview. The update brings a myriad of new features and fixes to enhance the user experience even further. If you’re someone wondering what you can expect from Android 12, here are the best Android 12 features coming to your Android phone.

We’ve divided this article into two separate sections to highlight features that are currently live and features hidden by default. The live feature list will primarily include user-facing changes in Android 12. We will regularly update this article when any new Android 12 developer preview and beta builds arrive, so make sure you keep an eye out on this one.

As is the case with all Android updates, Google has worked to improve the notifications shade on Android 12. The black bar that accommodates the clock just above the quick settings panel is no longer black. Moreover, there is a snooze button to quickly snooze notifications for 15 minutes, 30 minutes, or 2 hours. 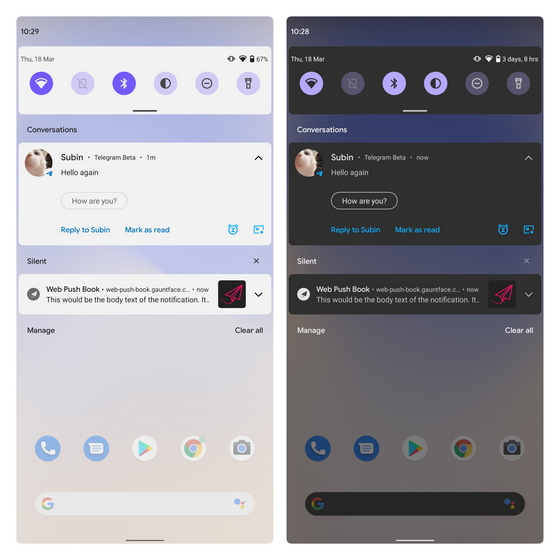 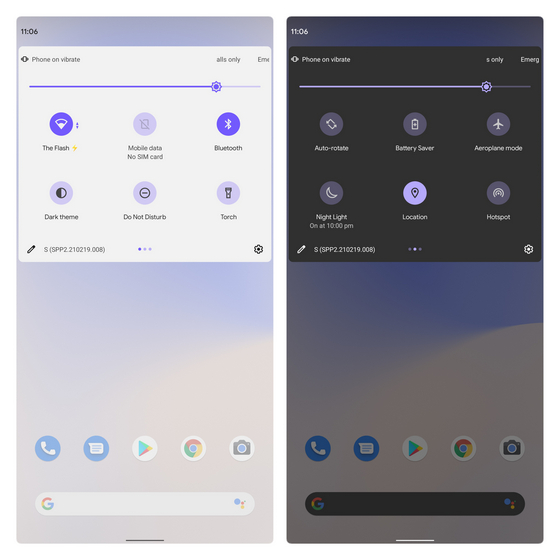 In addition, the toggles in the ‘off’ state are now a variant of the system accent as opposed to gray color. For instance, if your system accent color is green, the inactive QS tiles will now have a pale green color, thereby improving consistency. Another change is the addition of a QS toggle for the ‘Reduce Brightness’ accessibility feature to quickly reduce brightness.

The persistent media player has received a major facelift with Android 12. The album artwork is given more emphasis and the overall size of media controls is larger now. While the device name in the media player UI has been replaced by just the icon at the top-right corner, Google has added a pop-up to help you quickly pair a Bluetooth headphone when you tap on it. Starting with Android 12 developer preview 2, the media player respects the system accent color and no longer picks the accent from the album artwork. 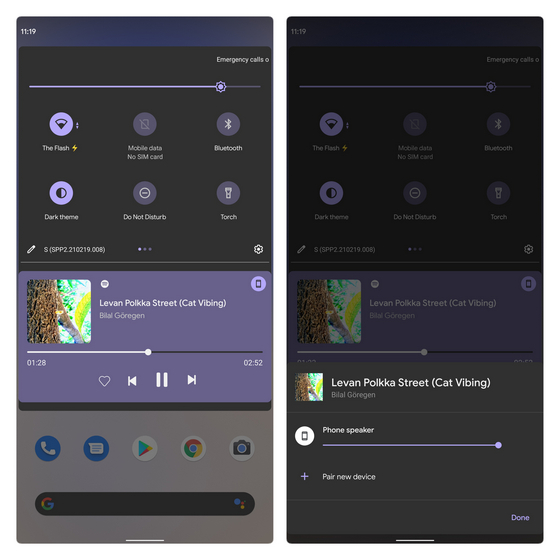 Another much-needed improvement is the ability to disable specific apps from quick settings media controls. You now have toggles to allow apps to show up in the media player interface. The path to access these toggles is Settings -> Sound and vibration -> Media. The feature is now functional, and the app disappears from the media player interface as soon as you remove it from the recent apps switcher.

Once enabled, swipe down from the bottom portion of the display to activate the feature. Similarly, you can swipe up from the bottom of the screen or tap on the unused area to switch back to the standard view. 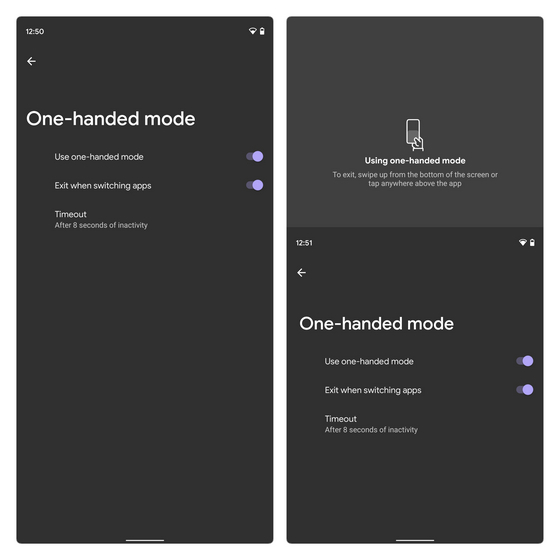 Check out the Android 12 one-handed mode in action right here:

You can configure one-handed mode to turn off when it is not in use. The available timeout options are never, 4 seconds, 8 seconds, and 12 seconds. There’s also an option to disable one-hand mode when you are switching apps, but it doesn’t seem functional at the moment.

Google has tweaked toggles with pill-shaped state indicators across various high-level components in Settings. Although minor, this should help new Android users understand the current state of a toggle better. This could also be a part of upcoming changes Google may be planning to bring to the Settings app. 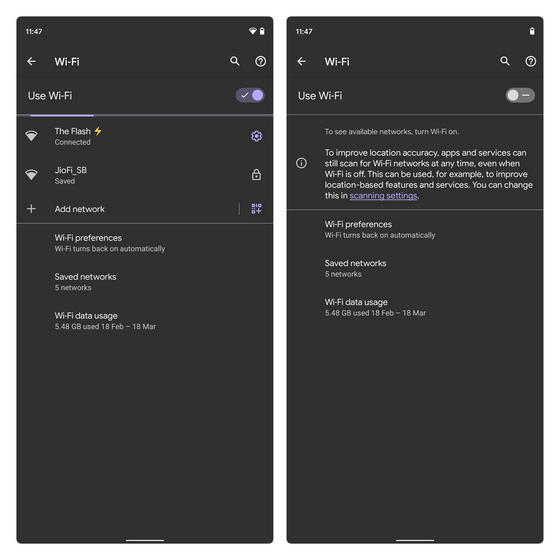 A minor yet noticeable change in the second Android 12 developer preview is a new look for PIN and pattern interface on the lock screen. The emergency call button is more prominent and matches the system accent now. Those who use pattern locks will notice that the trail while drawing the pattern is now thicker in Android 12. 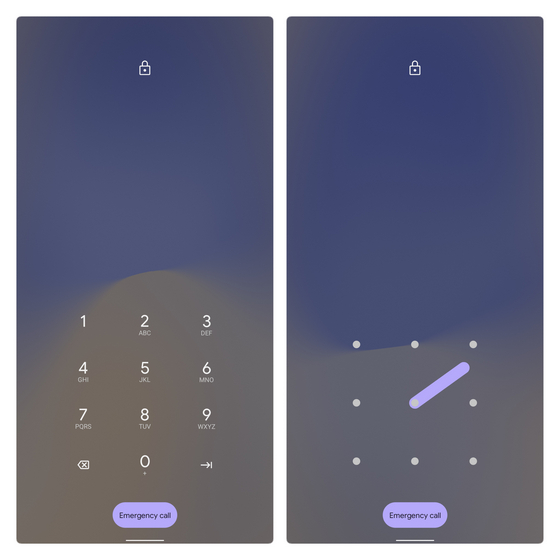 Google has long ignored the existence of widgets on Android. However, with iOS 14 gaining widget support, the company is trying to improve the widget experience on Android 12. In the second developer preview, there is a new widget picker UI. Notably, the new UI is compact and shows the number of widgets offered by an app. Here’s a comparison of widget picker in the first and second developer previews of Android 12.

Apart from these changes, Google has improved its markup tool. You can now add text to images. In addition, you can now import any image from your gallery to the markup tool and edit it. To do so, share the image and tap on the ‘Edit’ button present in the share sheet. While the first developer preview build had also added emoji support to the Markup tool, Google has removed the ability to add emojis in DP2. We could expect emoji support to make a comeback in future builds. 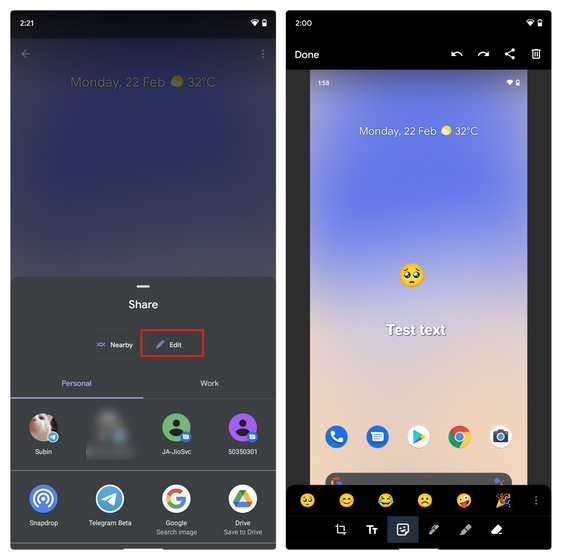 The following features are in the works and are hidden by default. Not all features listed below will make it to the final build that Google hopes to release in the second half of the year. With that in mind, take a look at the potential Android 12 features below:

Silky Home UI brings One UI-inspired design to the Settings app that we partly saw in the leaked Android 12 document earlier this month. Since this new design is hidden by default, it remains to be seen if Google adds this layout in the final build. Nevertheless, take a look at the UI at its current state below:

You can use the following ADB commands to enable or disable Silky Home if you’ve installed Android 12:

Android developer kdrag0n has managed to enable the wallpaper-based theming system codenamed ‘Monet’ on Android 12. The new theming system changes the accent based on your wallpaper and applies it throughout the interface. You can take a look at the changes in the screenshots posted below:

I've managed to get the new wallpaper-based theming system, Monet, working on Android 12 DP1. Here are some examples of predominantly purple and orange wallpapers: pic.twitter.com/jXHvWq7K81

And here are the improvements to Monet added in the second developer preview:

SCROLLING SCREENSHOTS ARE STILL A BIT JANKY/BROKEN, BUT IT ACTUALLY WORKS! (IT’S NOT ENABLED BY DEFAULT SO YOU WON’T SEE IT WHEN YOU UPDATE.) PIC.TWITTER.COM/7IH2ZQGVZK

In the second developer preview, Google seems to have added a Game Dashboard widget. This feature will help gamers start a live stream via YouTube Live, take screenshots, record the screen, view the FPS counter, and activate DND mode.

First spotted in the leaked screenshots, Google may bring privacy indicators to help you identify when your camera or microphone is in use. Until that happens, you can use apps like Access Dots to replicate the feature on your device right now.

Google continues working on the conversation/ people space widget seen in the leaked Android 12 document. Using these widgets, you can track recent messages, missed calls, and activity statuses for contacts you choose. Here’s how the widget looks like as of the second Android 12 developer preview:

The feature I’m personally excited about is face-based auto-rotation. It utilizes the front camera to detect when you’re looking at the screen and adjusts the screen orientation accordingly. It would come in handy when you’re using your phone in bed, hopefully eliminating any unwanted auto-rotations to landscape mode. Those can be pretty annoying.

Google may bring double tap back gestures with Android 12, at least on Pixel 5. If you’re using a Pixel 5, you can access the feature from Settings -> System -> Gestures. Once enabled, you can use double-tap gestures to open Assistant, take screenshots, control media playback, open recent apps switcher, and check notifications. 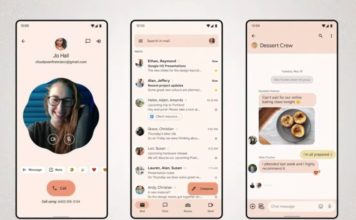 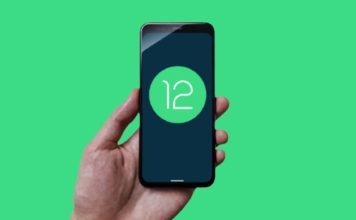 After three developer previews, Google has released the first Android 12 beta today at Google I/O 2021. While the beta program is not meant...
Subin B - May 19, 2021 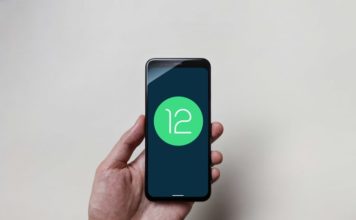 Ahead of the much-awaited Google I/O 2021 conference, an alleged promo video for Android 12 has leaked online. Coming from reliable tipster Jon Prosser,...
Beebom Staff - May 17, 2021 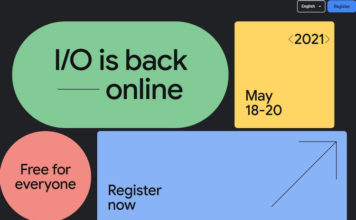 Google had to entirely cancel its I/O developer conference last year due to the coronavirus pandemic, but the company is prepared to make some...
Subin B - Apr 29, 2021 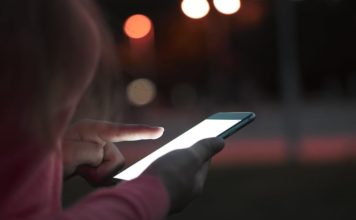 New ‘Extra Dim’ Feature in Android 12 Lets You Really Turn Down that Screen...

Following the release of the first developer preview of Android 12, we have seen many new features, including a dedicated trash bin and a one-handed...
Beebom Staff - Apr 26, 2021

Following the first Android 12 developer preview last month, Google has now released the second developer preview. The update brings a bunch of new features and improvements to help enhance the user experience. Here’s what you should expect: