We have detailed what makes scrolling screenshots so special and how you can capture one on your Android 12 device. And if you don’t own a device that supports Android 12, then too, we have you covered. We have included a third-party app recommendation that lets you capture scrolling screenshots on any Android phone. With that said, let’s get started!

What are Scrolling Screenshots in Android 12?

As of the third beta build of Android 12, the scrolling screenshots feature works with apps that use View-based UI. It doesn’t work with browsers at the moment. However, Google has promised to support scrolling ListViews in the next beta release. Also, support for WebViews is slated to arrive, so you will be able to take screenshots from your favorite Android web browsers in the stable Android 12 release.

How to Capture Scrolling Screenshots in Android 12

1. Open the target app and take a screenshot as you normally would on your Android device. To capture a screenshot, press and hold the power button and volume down key. You will now see a new “Capture more” button in the screenshot preview at the bottom left corner of the screen. Tap on it to access the scrolling screenshot UI.

2. When you are in the scrolling screenshots UI, hold and drag the bottom portion of the screenshot region highlighter to adjust the area you would like to cover in the screenshot. You will see a zoomed-in preview when you drag the selection so that you easily know where to stop. 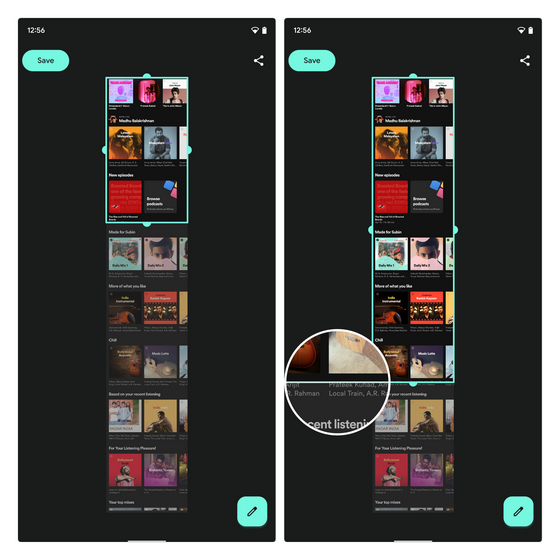 3. Once you have chosen the desired content you would like to have in the screenshot, tap on the “Save” button at the top left corner to save the scrolling screenshot.

4. Now, the screenshot UI also lets you further edit and annotate the image. You can tap on the pencil button at the bottom right corner to edit the screenshot. As soon as you tap this button, the screenshot editing interface opens up. Here, you can crop the image, add text, highlight specific portions, and more. 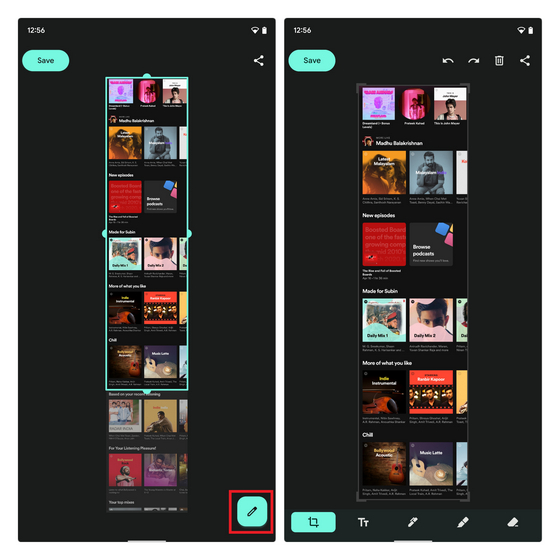 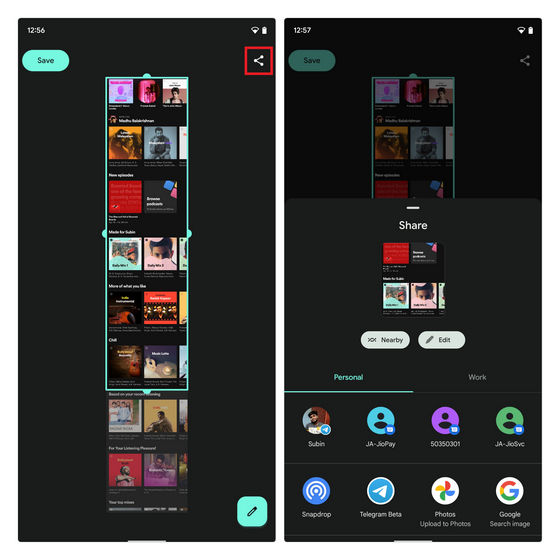 To give you a better idea of how everything works, here’s a GIF that demonstrates the entire flow of capturing scrolling screenshots in Android 12: 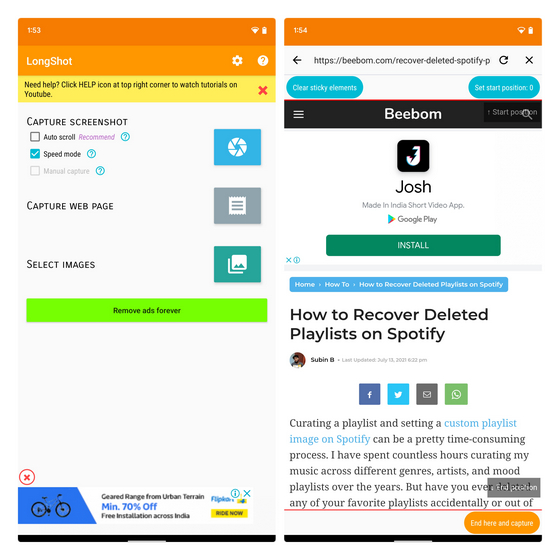 If you are waiting for your phone to get the Android 12 update or are not satisfied with Android 12’s scrolling screenshots feature, you could try using a third-party screenshot app. One app that works well for long screenshots is LongShot.

Scrolling screenshots is undoubtedly one of the top requested features on Android. In fact, the feature was supposed to arrive with Android 11, but unfortunately, it didn’t make the cut. While Google has taken its sweet time to implement the scrolling screenshot feature, we are glad that it is finally here. To explore other new features Google has introduced with Android 12, go through our article on the best Android 12 features. And if your phone won’t receive Android 12, check out our linked article to get Android 12 features on any phone. It even includes an app to get the Android 12 Privacy Dashboard on any phone. So, go ahead and check it out, and let us know your thoughts in the comments below.