Skip to content
Home How To How to Get Material You Theme in Google Chrome Right Now! 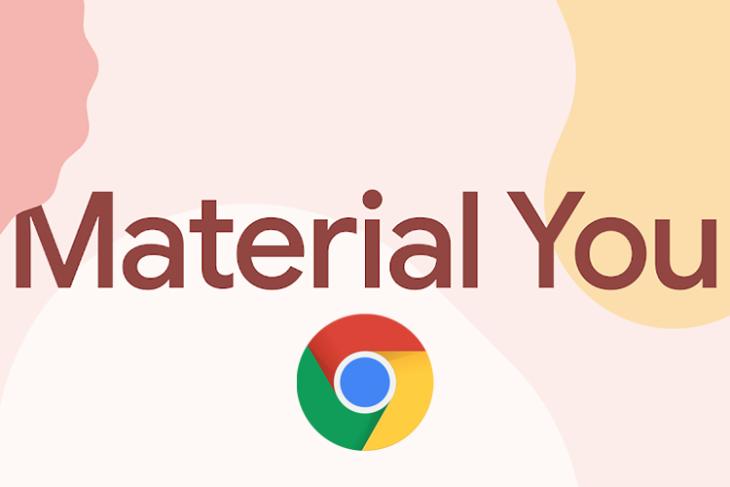 Google Chrome was spotted testing the new Material You design a few months back. Since then, as spotted by Android Police, the developers at Google have made some progress with dynamic color theming, and Chrome’s Material You has started to take shape. In this article, we will take a look at how you can test out Chrome’s upcoming Material You design ahead of the public launch later this year.

Get Material You Theme in Google Chrome

To get Material You aesthetics in Google Chrome, you will have to enable two Chrome flags in the Canary build on your handset. It goes without saying that you will need an Android phone running Android 12 for the feature to work as intended. With that out of the way, let’s take a look at the steps:

1. Open Chrome flags (chrome://flags) and enable the flags mentioned below, and do not forget to restart the browser after enabling them. Notably, you should set the ‘Dynamic colors on Android’ flag as ‘Enabled (Full)’. 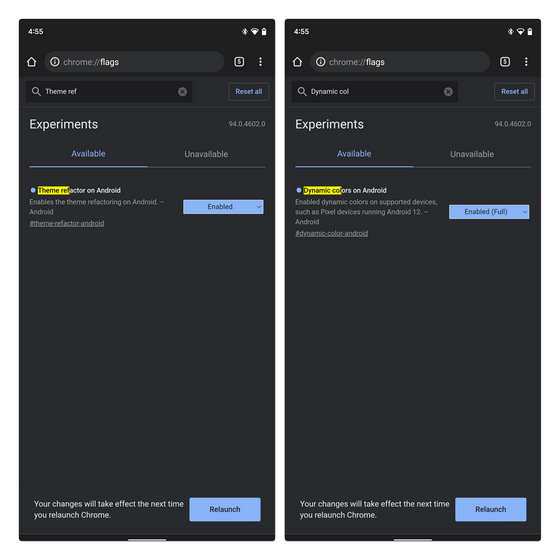 2. If you do not immediately see the feature, remove Chrome Canary from the recent apps page and open the app manually. You will now notice that Chrome’s UI elements follow Material You design language. Check out some samples of Chrome changing the UI’s color based on the wallpaper below:

While Chrome has adopted Material You in major UI elements, it’s still not complete. A few notable omissions at this point include the context menu for options & long-press and the background in Chrome settings. However, that should get fixed in future Canary builds as Chrome gets ready to embrace Material You theming completely.

You could expect Chrome to support Material You in the stable channel right when Google launches Android 12 later this year. Until then, check out the best Android 12 features to stay updated. If you are interested in the next Pixel phone, check out our coverage of the Pixel 6 series, details about the all-new Google Tensor chip, and the Pixel 6 vs Pixel 6 Pro comparison. There’s a lot to like there!