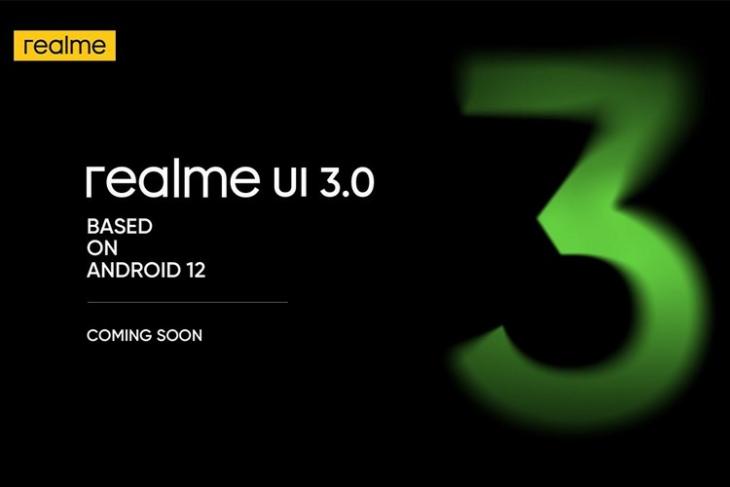 After OnePlus and Oppo announced to merge their software experience into a single unified OS, Realme announced that it will soon unveil its Android 12-based Realme UI 3.0 skin at its Realme GT Neo 2 launch event last month. Now, the VP of Realme and the CEO of Realme India Madhav Sheth has officially confirmed the release of Realme UI 3.0 recently.

Sheth confirmed the release of Realme UI 3.0 via an official tweet recently. Although he did not disclose the release date or a specific date of unveiling, the CEO shared a teaser image of the upcoming Android 12 skin. You can check out the tweet right below.

Now, it is worth mentioning that other than the confirmation, there is no information about the upcoming Realme UI skin available as of now. However, we expect Realme UI 3.0 to be similar to Oppo’s ColorOS 12. Hence, the company might bring some of the best ColorOS 12 features like cross-screen interconnection and FlexDrop.

Moreover, as it will be an Android 12-based skin, Realme could integrate some of the new Android features such as a privacy dashboard and privacy indicators, live preview in recent apps, and more. You can check out our in-depth story on the best features of Android 12 to know more about the new features.

Now, coming to availability, Realme UI 3.0 will be available as an OTA update for eligible devices. However, we do not know when the company might unveil and start rolling it out for the public. We will keep you in the loop regarding any developments in the story. Until then, stay tuned.

Here’s Your First Look at Android 12-Based Realme UI 3.0 Ahead of Official Launch