Skip to content
Home News Android 12’s Material You Theming to Arrive on Phones from Xiaomi, Oppo, OnePlus, & Others 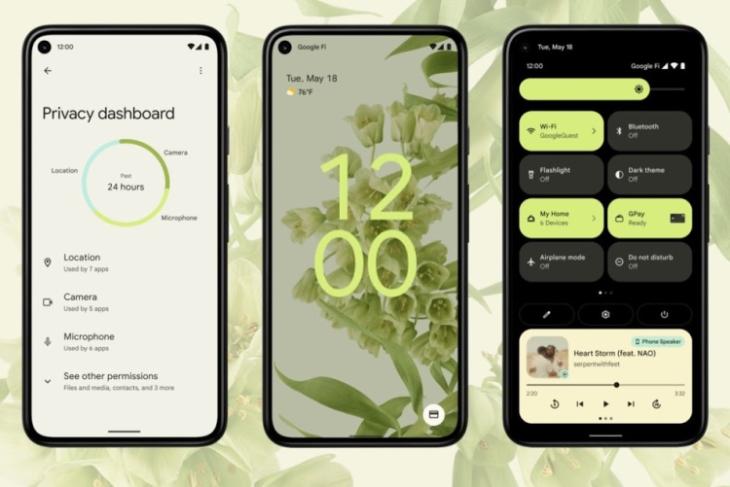 With Android 12, Google introduced the Material You dynamic color theming system, which picks the color of the set wallpaper and applies it across the system UI, thus, elevating the customization experience. Initially available for the Google Pixel phones, this theming system is available for Samsung’s One UI 4.0. Now, it appears like the feature is reaching even more non-Pixel users, as suggested by recent reports.

It has been revealed that Google will soon make the dynamic color theming system mandatory for all Android 12-run phones and will no longer restrict it to the Pixel 6 series. This means that the Material You design will reach Android 12-based smartphones from OEMs like Xiaomi, OnePlus, Oppo, Vivo, Realme, and more.

For those who don’t know, smartphone makers like Samsung and Xiaomi were using their own version of the Material You design with One UI 4 and MIUI 13, respectively. But, now Google will require OEMs to adopt the Monet engine for the dynamic color theming system.

This ability will help all Android users get access to the “personalized Material You feels” and a more consistent UI across Android devices. It is also expected to be adopted by developers for third-party apps.

The dynamic color scheme has been expected to reach more Android phones for a while now. Google recently opened this for third-party developers so that they can adopt the same for their apps. It also confirmed the news by stating, “As more Android 12 devices land in the next couple months, our OEM partners are working with us to ensure that key design APIs, especially around dynamic color, work consistently across the Android ecosystem so developers can have peace of mind and users can benefit from a cohesive experience.“

It is further suggested that Google will introduce the Material You dynamic color theming system on the stable Android 12L. While a launch timeline isn’t known, it could arrive in March or April. We will keep you posted with more details on the same. Hence, stay tuned.