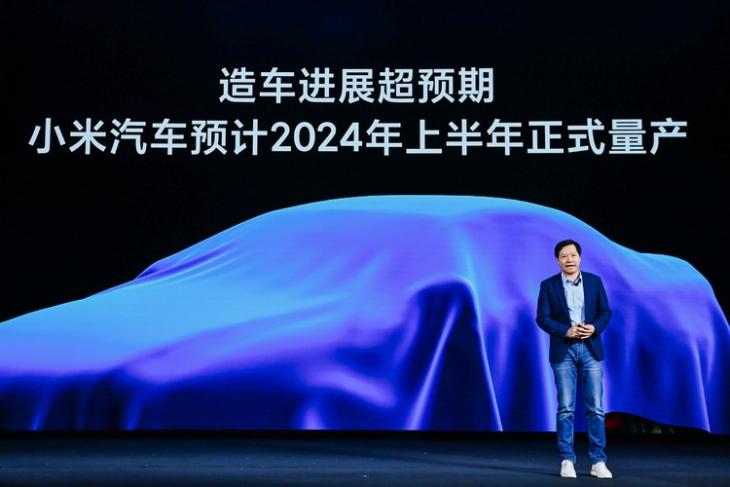 Apart from developing high-end smartphones with flagship features, Xiaomi has expanded its reach to various other segments. Earlier this year, the Chinese giant confirmed to enter the electric vehicles (EV) market and committed over $10 billion in the new venture. Now, the CEO, Chairman, and co-founder of Xiaomi, Lei Jun has confirmed that the company will begin mass-producing EVs, starting from the first half of 2024.

The Xiaomi CEO made the announcement at the Xiaomi Investor Day conference, which was recently held in Beijing. During the meeting, Lei Jun stated that Xiaomi’s EV plans are well ahead of its schedule and that the company is aiming to mass-produce electric cars from 2024. Following this, Jun took to Twitter to announce the same, which you can check out right below.

Although not much is known about what kind of electric cars the company will produce, Xiaomi will initially start working on an entry-level model, as per reports. It will start producing more luxurious and high-end EV models at a later stage.

The Chinese giant, which recently started to transition as a global brand, currently competes with market leaders like Apple and Samsung in the smartphone segment. In fact, Xiaomi dethroned Samsung to become the largest smartphone maker in the world earlier this year.

However, with its EV manufacturing plans, Xiaomi will be competing against companies like Tesla, Kia, Porsche, and potentially Apple. So, we can expect to hear more from the company about its electric vehicles venture in the coming months. Stay tuned for more developments in the story.