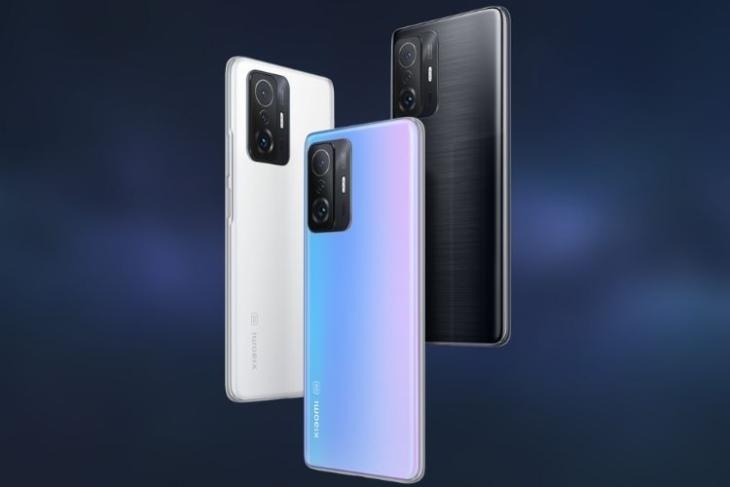 As promised last week, Xiaomi has expanded its Mi 11 series with the launch of two new smartphones today. The company is calling the latest additions to its portfolio the Xiaomi 11T series instead of the Mi 11T series as it recently dropped the “Mi” moniker for its product lineup. There are two models under the Xiaomi 11T series, namely Xiaomi 11T and Xiaomi 11TT Pro. They come with high refresh rate displays, Snapdragon and MediaTek processors, and more.

Starting with the display, both the 11T and the 11T Pro boast a 6.67-inch AMOLED panel with a top-center punch-hole camera and an in-display fingerprint sensor. However, the Xiaomi 11T Pro features a 120Hz display with support for a 480Hz touch sampling rate for a smooth user experience, while the standard model comes with a 90Hz display.

Now, coming to the cameras, both the Xiaomi 11T and the 11T Pro pack the same triple-camera setup at the back. The higher-end 11T Pro includes a primary 108MP sensor, an 8MP ultra-wide lens with a 120-degree FOV, and a 5MP telemacro lens. The standard 11T model, on the other end, will come with a lower-end 64MP primary lens, an 8MP ultra-wide sensor, and a 5MP telephoto macro lens. Both the devices rock a 20MP selfie snapper at the front.

Under the hood, the Xiaomi 11T Pro packs the flagship-grade Qualcomm Snapdragon 888 chipset, which is a 5nm octa-core processor with an integrated Snapdragon X60 5G modem. The lower-end 11T will rock the MediaTek Dimensity 1200 SoC, which was announced earlier this year. As for the storage, both the Xiaomi 11T and 11T Pro will come with 8GB of RAM and up to 256GB of internal storage. Further, the devices will come with the latest Bluetooth 5.2 technology and Wi-Fi 6 support.

Turning to the battery, both the Xiaomi 11T devices will pack a massive 5,000mAh battery inside. However, the company will ship the higher-end 11T Pro with support for 120W HyperCharge fast charging technology, which it showcased earlier this year. The standard 11T model will only support 33W fast charging.

The devices will come in three color options – Meteorite Grey, Moonlight White, and Celestial Blue, and will run MIUI 12 based Android 11 out-of-the-box.

The device will be available to buy from various e-commerce platforms as well as Xiaomi’s official websites soon.