Putting an end to the leaks and rumors, Google has launched the first custom SoC (system-on-chip) for Pixel phones today. The first Google-made mobile chip is called “Google Tensor”, and it powers the Pixel 6 and Pixel 6 Pro. Now that Google has launched the Pixel 6 flagship series with Tensor chip, we have some official details about the CPU, GPU, and other specifications. If you are curious to know what makes Google’s Pixel 6 series so special, read till the end to learn everything about the Tensor chip.

Google Tensor Chip: Everything You Should Know (2022)

Google Tensor will be exclusive to the company’s Pixel phones, at least that’s the plan for now. Moreover, the company will use Tensor on flagship phones, while the budget Pixel a-series will continue using Snapdragon chipsets for the foreseeable future. That said, here’s what we know about the Tensor chip right now.

What is Google Tensor Chip?

Google Tensor chip is Google’s first in-house System on a Chip (SoC) for smartphones. The chipset has made its first appearance on Pixel 6 and Pixel 6 Pro. The name Tensor comes from Google’s machine learning chip “Tensor Processing Unit” (or TPU, for short) that’s widely used in data centers.

Why is Google Making Its Own Mobile Chip?

Before getting to the specifics, it’s important to understand why Google is breaking its ties with Qualcomm for flagship Snapdragon chipsets and making its own custom SoC. There are three major reasons for this. Let me explain.

Google has previously used custom-designed co-processors like the Pixel Visual Core on Pixel 2 and Pixel 3 series, the Pixel Neural Core on Pixel 4, and the Titan M security chip. While Google got an edge in the AI and computational photography department with these co-processors, it still had to work with whatever Snapdragon chip Qualcomm had to offer to power the Pixel devices.

For a tech giant like Google with the resources to make its own hardware, making an in-house SoC is the natural next step. This way, the company can fine-tune the hardware to enhance the overall performance and offer an optimized Android experience. And well, that would make Google capable of offering an experience that might be missing on other Android phones in the market. 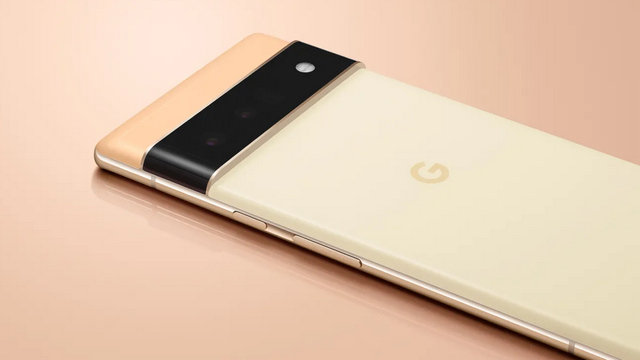 “With Tensor, we thought about every piece of the chip and customized it to run Google’s computational photography models. For users, this means entirely new features, plus improvements to existing ones,” says Rick Osterloh, Senior Vice President, Devices & Services at Google.

For instance, consider LaMDA, Google’s latest language model shown off back at I/O 2021. With Tensor, Google might be aiming to pull off such resource-intensive tasks on-device, something that would elevate the Google Assistant experience on Pixel phones. Of course, this is merely speculation at this point. We will have to wait to see how the Tensor chipset performs.

Another area where Tensor chipset would benefit Pixel 6 phones is software updates. Smartphone makers usually have to rely on MediaTek or Qualcomm for firmware updates before pushing out the latest Android update. What Qualcomm offers at best is three years of major OS updates and four years of security updates. Take the ridiculously expensive $1,499 Snapdragon Insiders phone, for example.

As a software company, Google has sufficient apps and services to make money from customers, so they could have taken Apple’s services-centric approach to retain users. Despite that, you will have to purchase a new Pixel phone to enjoy new Android features after Android 15.

If you don’t know what that means, let me explain in brief. Since Apple provides iOS updates even to 5-year-old devices, users are holding on to their iPhones for a longer duration. That means fewer sales for new iPhones. So then, Apple thought, how can it make more money from existing iPhone users? And that is where the add-on service subscriptions, including Apple Arcade (vs Google Play Pass), iCloud+, Apple TV+, and Fitness+, among others, step in. They help the company make additional money from existing users who aren’t willing to upgrade to the latest iPhone. Google has launched the Pixel Pass to club all of its Google app subscriptions under one roof, starting at $45 per month for the Pixel 6.

This is probably a long shot, but what if Google positions this Tensor chipset as the alternative to Apple’s M1 chip? We might end up seeing more smartwatches, smart speakers, and even Chromebooks running Google’s silicon under the hood. It will be interesting to see how the Tensor chip holds up to know the potential of the chipset beyond smartphones. 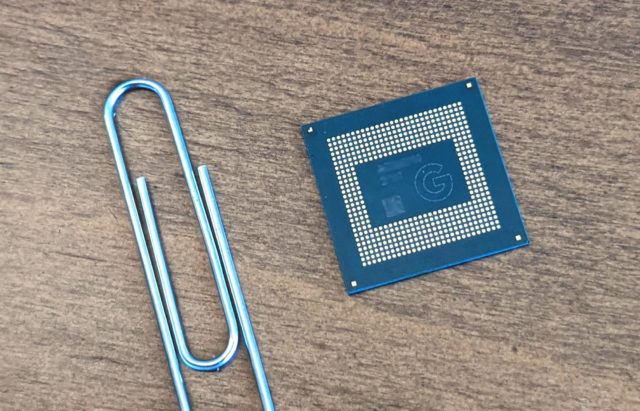 The rumors of Whitechapel, the internal codename of the Tensor chip started long back. And now, we finally know how what the CPU of Google Tensor truly offers.

In an interview with Ars Technica, Google claims this core layout is best suited for Cortex-X1 for better efficiency. While Cortex-A78 offers better performance, the heat produced is lesser on the A76. In other words, Google is betting on two Cortex-X1 cores to do all of the heavy lifting.

“When it’s a steady-state problem where, say, the CPU has a lighter load but it’s still modestly significant, you’ll have the dual X1s running, and at that performance level, that will be the most efficient,” said Phil Carmack, Vice President and General Manager of Google Silicon.

Going by a report on XDA Developers, the Tensor chip features the Mali-G78 GPU based on ARM’s Valhall architecture. This is the same GPU used in the Exynos version of Samsung’s Galaxy S21 series. While Samsung used the 14-core variant of Mali-G78 GPU for the Galaxy S21 series, Tensor equips a 20-core GPU. Google has not officially revealed other GPU details of Tensor yet but says it’s 370 percent faster than the one on Pixel 5.

AI & ML are two core areas where the Google Tensor chip shines. According to the company, Tensor offers improvements in camera (especially video), speech recognition, voice commands, translation, captioning, and dictation. One practical use-case Google is pointing out in its blog post is how the Tensor chip helps the Pixel 6 capture better images of moving subjects. 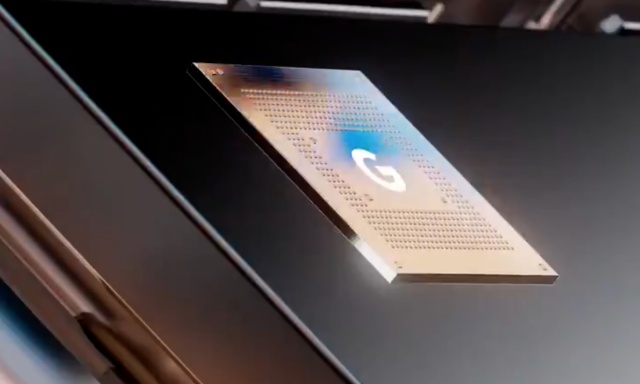 Moreover, Google invited some publications for a hands-on session with the Pixel 6 series and demoed some of the device’s AI capabilities. First, let’s talk about the photo and video perks. Pixel 6 will enable you to sharpen blurry images and record challenging HDR videos with ease, thanks to the Tensor chip. The company compared an HDR video shot from the Pixel 6 with Pixel 5 and iPhone 12 Pro Max, and as per hands-on sessions, Pixel 6’s video looked the best. Other demos showed off the text-to-speech and live caption capabilities of the device, which are now more accurate and faster due to the Google Tensor chip.

Coming to the security aspect, the Tensor chipset features the new Titan M2 security chip. With Titan M2, Google says that the Pixel 6 will have the most layers of hardware security in any phone. That claim is based on a count of independent hardware security subsystems and components.

Since Google is not allowing publications and YouTube creators to share the ins and outs of the Pixel 6 series just yet, we don’t know the benchmarks scores of the Tensor chip. However, what we do know is that Google’s custom chip allegedly matches the performance of Snapdragon 870, according to tipster Max Weinbach. So, we can make a good guess of where the Tensor chip will stand among its rivals.

The Snapdragon 870 chipset aboard the OnePlus 9R scores 674,104 points on AnTuTu benchmark, and it should be close to the benchmark score of Google Tensor. That’s lower than the 842,168 score you get on the Redmagic 6 powered by the Snapdragon 888 chipset, as well as the 798,464 score of Apple’s A15 Bionic chip on the iPhone 13 series. Of course, these benchmarks also depend on other specifications of the device and should be taken with a grain of salt.

Google Tensor vs Snapdragon 888 vs Apple A15 Bionic

To sum everything up, let’s take a quick look at how the Google Tensor chip compares to the flagship Snapdragon 888 5G and Apple A15 Bionic chips.

So that’s pretty much everything we know about the Google Tensor chip at the moment. Despite the launch of the Pixel 6, Google has not revealed the complete technical details of the Tensor chip. We will be updating this article when the company shares more information, so make sure you check back later. While you are at it, do not forget to check the Pixel 6 vs Pixel 6 Pro comparison and the best Android 12 features.