Apple and Google recently launched their game and app subscription services; Apple Arcade and Google Play Pass. Both the services are targeted at users who are avid gamers and want streamlined gaming experience across devices. So, if you are among them and confused which one to choose, well we have brought a quick comparison guide for you. We have gone into the finer details and have discussed what each service offers. With that said, let’s go ahead and see who wins the battle royale of Apple Arcade vs Google Play Pass.

We have categorized the article into five sections which include basic details, quality of game catalog, availability, pricing, and third-party controller support. Depending on what you are looking for, feel free to go through the relevant sections. Now without further delay, let’s jump right in.

Apple Arcade is a game subscription service with more 100+ exclusive games under its catalog. By exclusive I mean you won’t find these games on any other platform. Also, you can share your subscription with a total of 6 people, each having their dedicated Apple Arcade subscription. With Apple Arcade, you don’t need to buy games separately.

On the other hand, Google Play Pass is also a game subscription service, but it bundles a few apps as well. The games are not exclusive, but they are highly curated. Currently, Google is offering 350 games without ads or in-app purchases. Similar to Apple Arcade, you can also share your subscription with six people without any extra cost.

In terms of offerings, Google seems at a much better position with a huge selection of 350 apps in comparison to Apple’s 100+ games. However, the thing is that you can play the Google Play Pass games by buying them individually too as they are not exclusive. Also, the real difference lies in the quality of gaming titles which brings us to our next section.

When it comes to the quality of games, it’s clear that Apple Arcade is far ahead of Google Play Pass. Let me explain why. Apple is bringing new, exclusive games which redefine the boundaries of gaming just for Apple Arcade. The games are quite promising having creative gameplay and versatile themes. Also, apart from featuring indie developers, Apple has also tied up with big game developers to bring extremely good games to Apple Arcade.

To name a few games, it has Where Cards Fall which is a beautiful puzzle game, Sayonara Wild Hearts which takes you on a racing track with a female motorcycle gang, Sonic Racing for fast-paced racing, and more. What I mentioned is just a tip of the iceberg and there are many more innovative games which can take you on a journey of curiosity and adventure. Other than that, Apple has promised that it will keep on adding new games every month. That is simply amazing.

Now talking about Google Play Pass, it has curated a list of high-quality games which are already available on the Play Store. While Google has also announced that it will be adding new games every month, we have to wait and watch whether those will be any match to Apple Arcade. With that said, Google does bring a long list of popular games like Stardew Valley, Terraria, Monument Valley, LIMBO, etc under a single subscription fee and that is incredible. Further, you also get a few utility apps like AccuWeather, FaceTune photo editor, Pic Stitch, and more without any ad or additional charge.

All in all, I would say Apple Arcade and Google Play Pass are slightly different products. While Arcade is dedicated for a premium gaming experience, Play Pass seems like just another Google product meant to monetize the Play Store. It’s not focused on gaming per se, hence it’s more of an app subscription service. So the bottom line is if you want to play new and innovative games, just go with Apple Arcade. With that said, Play Pass is also an incredible value for money and you should definitely get it for the sheer number of popular games it offers under a single monthly plan.

Apple Arcade was launched amid lots of hype and rightly so. It’s currently available in more than 150 countries and is available on all Apple devices including iOS (starting with iPhone 6 and SE), iPadOS, macOS Catalina, and tvOS 13. Whereas Play Pass has been launched in the US only and it’s still under wraps as to when the service will be available globally. Nevertheless, we managed to get Play Pass working in India and you can get it for any other country as well. In terms of hardware device support, you can access Play Pass on any device running the Google Play Store. Basically, with the Play Pass subscription, you can play games on Android smartphones, tablets and Chromebooks.

When it comes to third-party gaming controllers, Apple Arcade again has an upper hand in comparison to Google Play Pass. You can play Apple Arcade games using PS 4 DualShock 4 Controller, Xbox One S Controller, and other iOS-compatible controllers. With the recent changes in iOS 13, you can now connect the PS4 controller to iPhone with just a tap. As for Play Pass, it supports gaming controllers, but the compatibility depends on the game and device you are using to play the game. Among the popular ones, Play Pass games are compatible with the Xbox One S Controller and Samsung GamePad Controller. 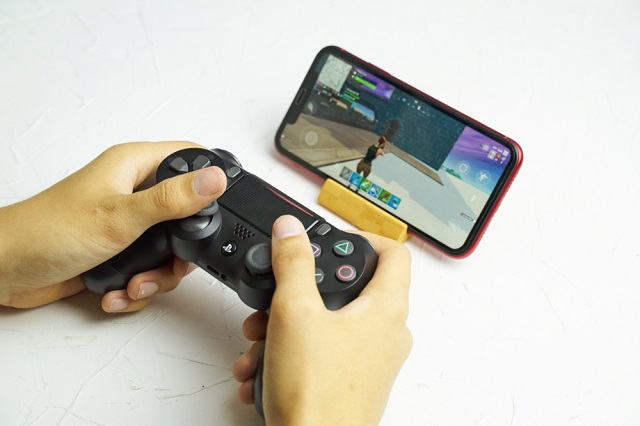 If not for the quality of games, pricing is where both the tech giants are battling against equally. Apple Arcade comes with $4.99 a month with a one-month free trial and can have up to 6 family members. In comparison, Google Play Pass offers $4.99 a month with a 10-day free trial and can be shared with 6 family members. However, if you subscribe before October 10, you will get the service for $1.99 a month for one year and that is absolutely great. Since the pricing is almost identical and frankly quite nominal, go ahead and pick a service based on other key points.

SEE ALSO: What Is Google Stadia: Everything You Need to Know

Apple Arcade vs Google Play Pass – Which Service is for You?

So that was our quick comparison between Apple Arcade and Google Play Pass. If you happen to use both Google and Apple services then this article is going to help you decide which one to go for. While Arcade makes a strong case about the overall gaming experience, Play Pass is nevertheless a great value for money. Anyway, that is all from us. If you liked our analysis of both the services, do comment down below and let us know your thoughts.