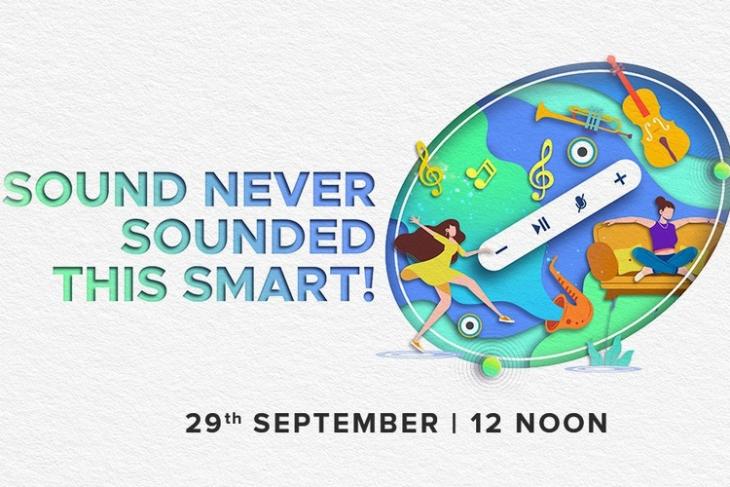 Over the years, Xiaomi has launched a wide range of audio products including TWS earbuds, wired earphones, wireless headphones, and Bluetooth speakers in India. The Chinese tech giant is now expanding its portfolio in the country with a new smart speaker. Once launched, this will be Xiaomi’s first smart speaker in India.

Xiaomi India’s Managing Director Manu Kumar Jain took to Twitter to announce the launch date of the company’s upcoming smart speakers. According to his tweet, the new Mi smart speaker will launch at 12 PM on 29th September at the company’s ‘Smarter Living’ event.

Leave a GIF in the comments if you know what's coming.😉#SmarterLiving2021 is gonna be louder and smarter than ever before.

Going by the teaser image, the Xiaomi smart speaker will feature a touch panel or physical buttons at the top portion to play/pause, mute, along with volume controls. Since this is a smart speaker, we could expect support for virtual assistant such as Google Assistant or Alexa for issuing voice commands.

Apart from the smart speaker, Xiaomi is expected to launch the Mi Smart Band 5, Mi Watch Revolve, and Mi Automatic Soap Dispenser at its event. The company may also launch new smart shoes and an air purifier. Ahead of the event, Xiaomi has already launched its latest Mi Smart LED Bulb and Mi Power Bank 3i earlier today.

Xiaomi’s teaser doesn’t reveal much about the capabilities of the smart speaker. We will be learning more details about the smart speaker along with its pricing and availability at the Smarter Living event, which is merely a week away from now. Stay tuned for updates regarding Xiaomi’s smart speaker.