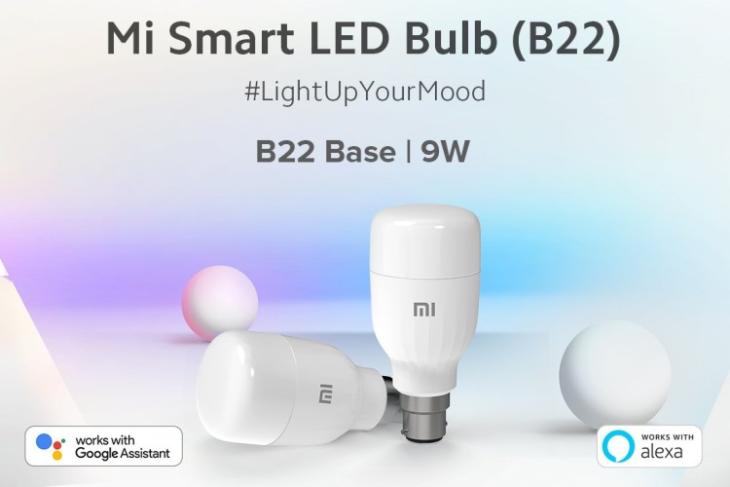 Though Xiaomi is set to unveil a slew of new IoT products at its ‘Smarter Living’ event next week, the company has launched a new ‘Mi Smart LED Bulb’ in India today. This unveiling happens merely a couple of hours after the Mi Power Bank 3i launch earlier this morning. It is the second Smart LED Bulb launched by Xiaomi in the country but this is more suited to Indian home needs.

This smart bulb includes integrated color LEDs, enabling you to choose from among 16 million colors. It can be paired with the Mi Home app over Wi-Fi to let you control the bulb, its colors, brightness, and temperature all from one place. You don’t require a hub for the same and can control the bulb using voice assistants, including Amazon Alexa and Google Assistant.

Mi Smart LED Bulb (B22) has a power output of 9 watts, which is one watt lower than the power consumption of its predecessor. Also, its brightness goes up to 950 lumens. It means the new smart bulb will be brighter than the previous one, whose brightness just goes up to 800 lumens. Xiaomi goes on to boast that the bulb is good for use up to 25,000 hours, which is mind-boggling.

Another good thing about the Mi Smart LED Bulb (B22) is that it is more affordable. It has been priced at Rs. 799 (as compared to the Rs. 1,299 price tag of its predecessor) and is now up for sale in India. You can head to this product listing on Mi.com to check out the features in detail and buy this smart bulb right away.