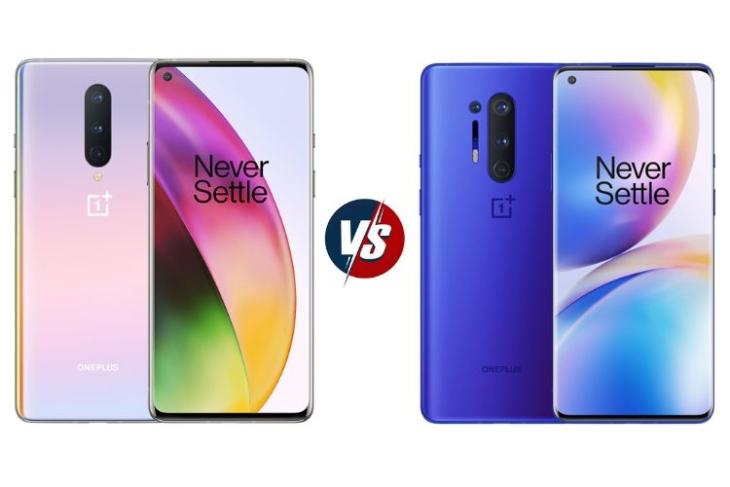 OnePlus finally put an end to all the speculation and leaks last night. The Chinese giant launched its new flagship phones – the OnePlus 8 and OnePlus 8 Pro in an online-only event. While the OnePlus 8 is a refinement over its predecessor, the OnePlus 8 Pro has bettered the flagship experience with a number of firsts including an IP rating, wireless charging, and a lot more.

Apart from this, both the OnePlus flagships include the newest Snapdragon chips, 5G connectivity, and fast-charging among other things. But, if you are confused between the OnePlus 8 and 8 Pro, especially about how these two differ from each other? And which one should you pick? Well, look no further as I have compiled a quick OnePlus 8 vs OnePlus 8 Pro comparison to help you better understand the differences:

Both the OnePlus 8 and 8 Pro boast the exact same design. You won’t be able to tell either of them apart simply by looking at the front. The AMOLED display with dual-curved edges and a punch-hole cutout is the same. You will need to set them next to each other to point out the smaller OnePlus 8. 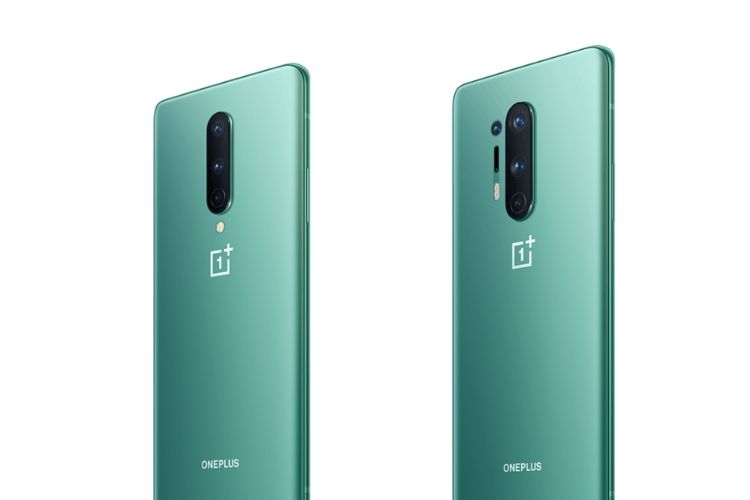 Just turn them over though and you can tell apart in no time. The OnePlus 8 boasts only a triple camera array as compared to the quad-cameras on the 8 Pro. We have detailed both of the camera systems down below, so do check it out.

Both the displays here support HDR 10+, sRGB, DCI-P3 color gamut, and have 3D Gorilla Glass protection on top. The OnePlus 8 AMOLED panel is pretty much the same as its predecessor from last year. But the company has bumped up the refresh rate, the color accuracy, and other features on the OnePlus 8 Pro to help it take on competitors in the sub-$1,000 price segment.

The flagship Snapdragon 865 chipset from Qualcomm handles the show under the hood here. It’s coupled with the Snapdragon X55 modem to support 5G connectivity – both the sub-6GHz and mm-wave networks (exclusive to OnePlus 8 and Verizon in the US).

The chipset is coupled with up to 12GB of RAM and up to 256GB of storage on both the OnePlus 8 and 8 Pro. The configurations are exactly the same but a number of you may have missed out on the fact that the OnePlus 8 packs LPDDR4X RAM in comparison to faster LPDDR5 RAM aboard the 8 Pro.

Both the phones are backed by the company’s much-loved OxygenOS 10 skin based on Android 10. You do get a myriad of optimizations, along with a new dark theme and an Always-on Display this time around.

After years of pestering, OnePlus has finally answered its fans’ request. OnePlus 8 Pro comes with IP68 certification, which means it can easily handle dust, sand, and being submerged in 1.5m-deep water for up to 30 minutes.

The OnePlus 8 (non-Pro variant) doesn’t have an official IP rating but it will definitely have some water and dust resistance like previous OnePlus flagships. However, it is possible to get an IP68-rated OnePlus 8 in the US. You just need to buy the device from Verizon and not go for an unlocked version. You will have to pay a $100 premium over the price of the unlocked version though.

Apart from the display, this is another key area where the OnePlus 8 and 8 Pro differ substantially. The OnePlus 8 includes a triple camera setup whereas the 8 Pro has a quad-camera array on the rear. I have clearly listed the camera specs for both of the phones down below:

On the front, both of these flagship phones have a 16MP selfie snapper housed in the punch-hole cutout at the top left.

Now that we’ve gone through all of the major differences, here’s a quick specs sheet comparison for you:

But, the official OnePlus India account on Twitter has hinted that the OnePlus 8 and 8 Pro India prices will drastically differ from direct conversion of the U.S pricing. So, do return to check out the India prices as we will update this story once OnePlus makes it official.