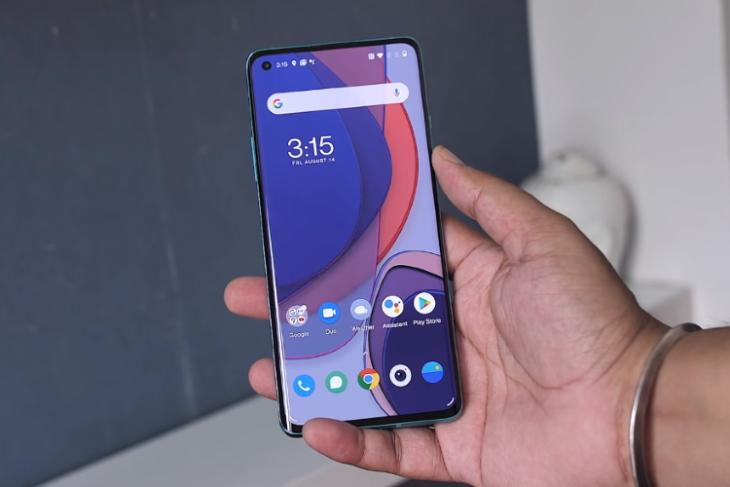 As promised back in August, OnePlus has started rolling out the OxygenOS 11 stable update based on Android 11 to the OnePlus 8 series. The company had pushed out a series of preview and beta builds prior to the stable release.

The highlight of this update is that OnePlus 8 and 8 Pro are now running Android 11, merely a month after the official release. As for OxygenOS 11, the company has now decided to change things around to make its UI easier to use on larger phones. It has taken inspiration from Samsung’s One UI custom skin.

OxygenOS 11, for those unaware, features a major visual revamp. The text has been moved to the top and interactive areas to the bottom – just like One UI. You see this change applied across the Settings, native phone and gallery app. The update brings the much-requested Always-on Display, Zen Mode 2.0, an enhanced dark mode, and more. You can check out the update changelog right here.

Also, it does include all of the new Android 11 features. You have bubbles support for messaging apps, new permissions model, and a smart home dashboard in the power menu. Check out OxygenOS 11 features and our thoughts in this YouTube video right here:

Note: The update has started rolling out in stages and may take some time for it to reach your device.

As for other devices in the company’s portfolio, “OxygenOS 11 will be available for OnePlus 7T Pro, OnePlus 7T, OnePlus 7 Pro, OnePlus 7, OnePlus 6T, OnePlus 6, and OnePlus Nord in the future,” says the community post. So, if you own a OnePlus 8/ 8 Pro, update your devices to Android 11. Don’t forget to share your experiences with us in the comments below.