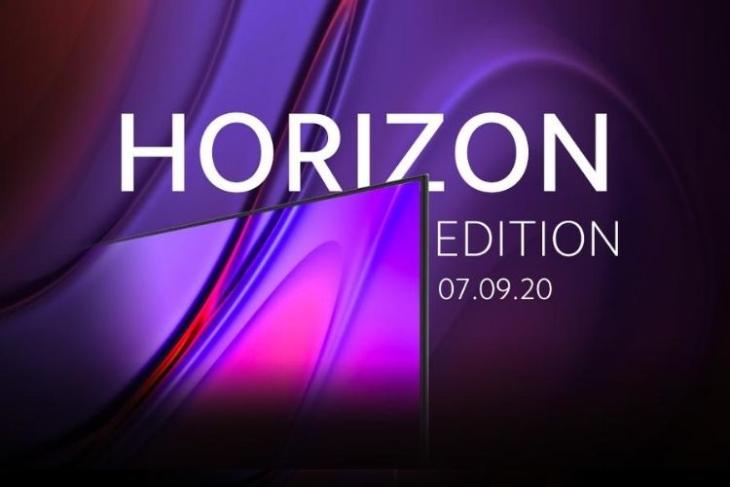 While we have been pestering Xiaomi to bring new Mi TVs to India, the company has launched a couple of new devices to help turn your dumb TVs into a smart one. This includes the Mi Box 4K and Mi TV Stick, which made its India debut just earlier this month. The status quo, however, changes in exactly a couple of weeks as Xiaomi has teased the launch of the Mi TV Horizon Edition in India today.

In an official tweet from Xiaomi India, the company today announced that it will take the wraps off the Mi TV Horizon Edition (or whatever it will be called) on September 7. The tweet caption reads – “What have we got in store for you next? Immersive. Work Of Art. #HorizonEdition coming on 07.09.2020.”

What have we got in store for you next? 😉

The company has set up a dedicated microsite for the upcoming Mi TVs, giving you a sneak peek at the design and key features. Xiaomi first applied the ‘Horizon Edition’ branding to its recently launched Mi NoteBooks in India. This, of course, means the upcoming Mi TV will have very thin bezels (as shown above) all-around, offering an even immersive experience. The bottom bezel will surely be thick to accommodate the Mi branding. It will also most likely be a more premium offering than previous-gen Mi TVs.

The Mi TV Horizon Edition will also arrive with Xiaomi’s Patchwall UI 3.0 that was recently unveiled. It is based on Android TV 9.0 out-of-the-box and includes features such as Data Saver, Disney+ Hotstar integration, and a lot more. The company teases the addition of a ‘Quick Wake’ feature as well.

Will this be a rebranded version of the Mi TV 5 series that has launched in China over the past few months? What sizes will it be available in India? What will it be priced at? Xiaomi may tease some more features in the days leading up to the launch, so do stay tuned for more information.