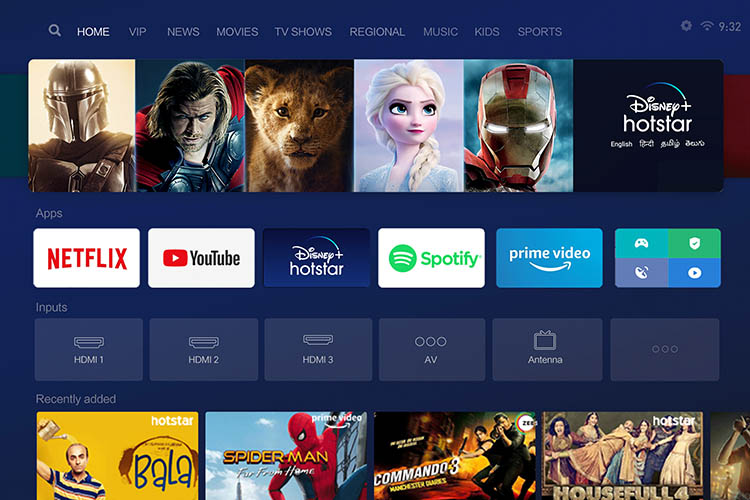 Having released PatchWall 3.0 for Mi TVs in India back in April, Xiaomi has now announced a new update to its custom Android TV UI, bringing 3 notable changes, including a new User Center, an Immersive Carousel, and new Live TV channels. In an official press release announcing the update, the company claimed that the new features will offer a more immersive and personalized experience to users.

The incoming update brings along a dedicated User Center that the company claims will act as a personal hub for users. It incorporates categories such as ‘My Watchlist’ that aggregates all watched content across various streaming apps. It also enables users to start streaming a particular video from where they had left off earlier. The hub also showcases trending and upcoming content to ensure that users never miss out on their favorite shows or movies.

The so-called immersive carousel will not only bring new recommendations similar to the current content users are watching, but it will also bring aesthetic changes that the company claims will improve the design of the posters within content recommendations.

Probably the most notable of the three new features, the Live TV section has now been updated with a whole host of regular TV channels and OTT platforms, including Hungama, ABP, Republic TV, EpicOn, HoiChoi and SunNXT. The catalogue of southern channels (in all four southern languages), in particular, has seen a significant boost with the latest update, thanks to the inclusion of various SunNXT channels, including Gemini, Surya, Udaya, Sun and KTV. The channels have been categorized under seven sections, including Live News, Free to Watch, Live Music, HD, Comedy and more.

Xiaomi hasn’t provided a detailed timeline for the rollout of the all-new update, but it is expected to be available in the coming days for all Mi TV models running PatchWall 3.0.