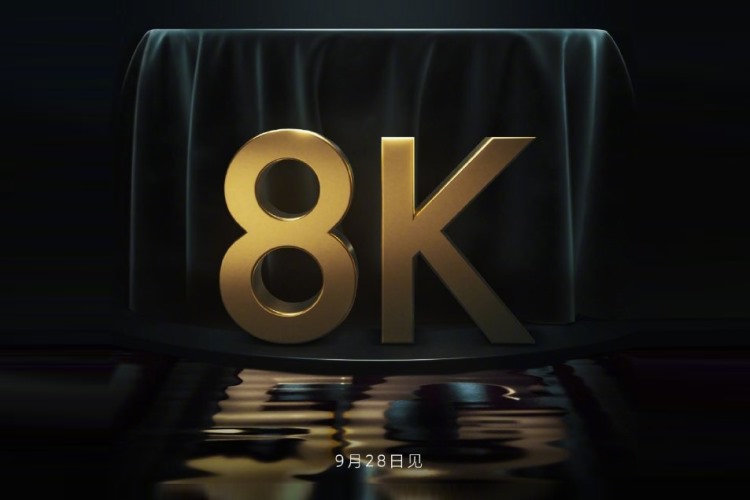 Xiaomi may have grown its smart TV market share by making the Mi TV and Redmi TV available at affordable prices. But, the company is now steadily stepping foot into the high-end premium market. It recently launched Mi TV Lux Transparent Edition and the huge 98-inch Redmi Smart TV Max. Now, Xiaomi is prepping to take a giant leap and unveil an 8K-resolution Mi TV in China next week.

In an official Weibo post, Xiaomi announced that it will take the wraps off its new Mi TV Master Edition with 8K resolution and 5G support on September 28. You can see the same in the teaser poster attached above.

This is not the company’s first 8K-resolution smart TV. Xiaomi debuted the Mi TV 5 Pro series earlier last year with Quantum Dot QLED panels. This new Mi TV Master will be adopting a new display technology, as revealed by Lei Jun, the co-founder and chairman of Xiaomi in an official Weibo post.

For the first time, Xiaomi will utilize the mini-LED display technology for its Mi TV launching next week. Mini-LED, for those unaware, is a new display tech and uses an array of microscopic LEDs behind the display to form individual pixel elements. It offers better contrast, response time, and power efficiency. This will be Xiaomi’s first-ever mini-LED product in the market.

Lei Jun also goes on to explain the decision to offer 8K resolution with the upcoming Mi TV Master Edition. He states that the Tokyo Olympics will be streamed in 8K and phones these days can capture 8K video, so the market has greatly matured of recent. Xiaomi aims to be one of the pioneers of the 8K adoption trend, thus, Mi TV Master Edition will boast an 8K resolution.

Last but not the least, the upcoming Mi TV will also boast 5G connectivity support. It is being touted to be the world’s first mass-produced 5G-enabled TV that has passed CTA network access certification test, as per Jun. It supports both dual-mode 5G (SA/ NSA networks) and offers up to 2.1Gbps download speeds.

This is not the first time we are hearing about new 8K Mi TVs as they recently passed through 3C certification. It revealed that the TV will boast a massive 82-inch size and the panel will be sourced from LG. Well, Xiaomi is not the only one looking to make a switch to mini-LED technology. Even Apple is planning to adopt the mini-LED display technology in iPads and MacBooks in the coming years.