Skip to content
Home How To How to Use New Siri Voices in iOS 14.5 on iPhone and iPad

With the release of iOS 14 last year, Apple brought some significant improvements for Siri. Whether it’s the all-new compact UI or the more natural sound, Apple’s virtual assistant has gotten way better. Speaking of that, Apple has now added two new Siri voices in iOS 14.5 (currently available in beta) to give you a little more variety. Not just that, Apple will now also let you chose a Siri voice at set up to eliminate default bias. So if you have installed the latest iOS 14.5 beta version, here is how you can find and use new Siri voices in iOS 14.5 on iPhone and iPad.

Use New Siri Voices in iOS 14.5 on iPhone and iPad

Apple says that Siri will have much-improved sound quality with the inclusion of the two new voices. Interestingly, the virtual assistant is said to have even mastered the phrases generated by Apple’s Neural text to speech engine with a clearer accent. Bear in mind that the newly added Siri voices are currently available only for English.

Though there is no clarity as to when these two new voices will be available for other languages, we expect Apple to roll out support for more languages soon. Now, follow the steps below to use any of the two new Siri voices in iOS 14.5 on your device: 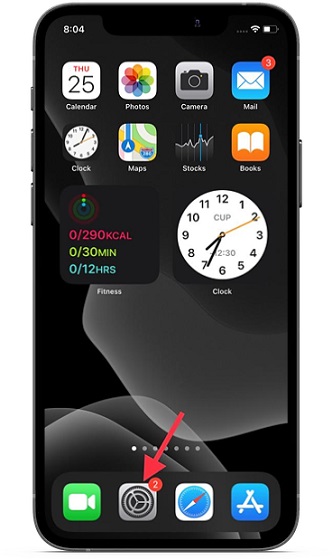 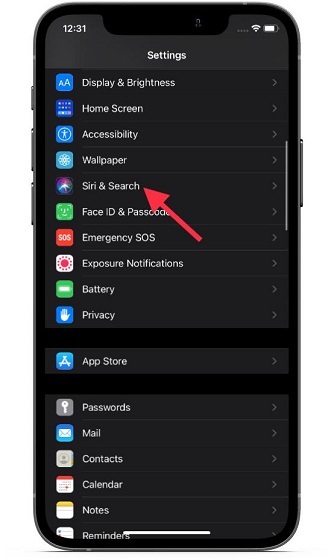 3. Next, make sure English (United States) is selected as the preferred language. 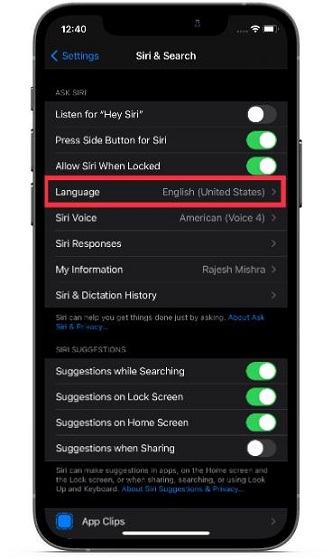 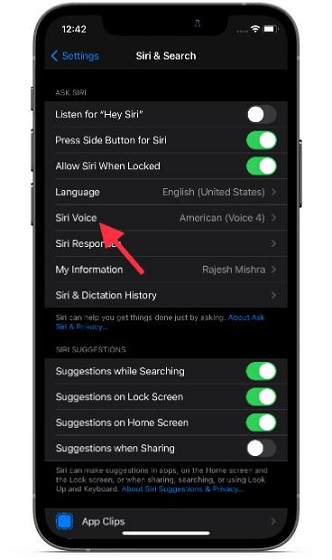 5. Under the Voice section, you now have four options to choose from: 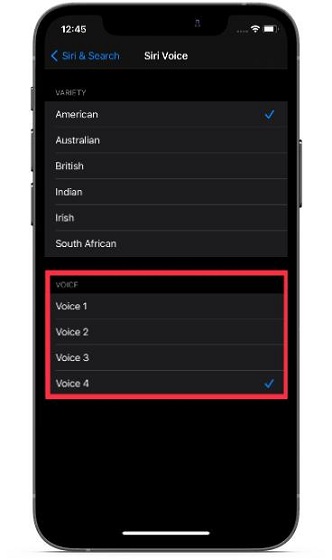 Note: The new voice options are only available for American English. They don’t work with the other variety of languages, including Indian English, British English, and more.

6. After you have selected the desired Siri voice, iOS will start downloading it. So, you will need to wait until the download completes. Once that’s done, quit the settings. You can now start using the new Siri voice on your iOS or iPadOS device. 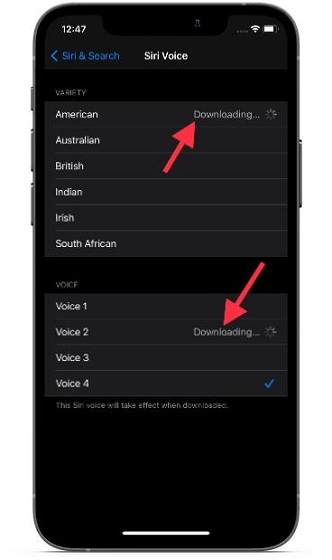 7. Now, if you haven’t installed the iOS 14.5 beta update, we have attached a short video to show you how the new Siri voices sound.

Download and Use New Siri Voice on iOS and iPadOS Devices

Though it’s too early to pass full judgment about the new Siri voice, I have found them to be slightly better. While Apple’s virtual assistant still has a long way to go to be on par with Google Assistant and Alexa, no one can deny the fact that it has vastly improved in recent times. There’s still a lot that Apple can learn from Google and Amazon to add several new functionalities to Siri. We could possibly see some of these upgrades at the WWDC 2021 conference in June later this year.

What’s your take on the latest Siri voices? Feel free to share your opinion in the comments section below. Also, if you are an Android user and want to change the Google Assistant voice, just follow the steps in the linked article.