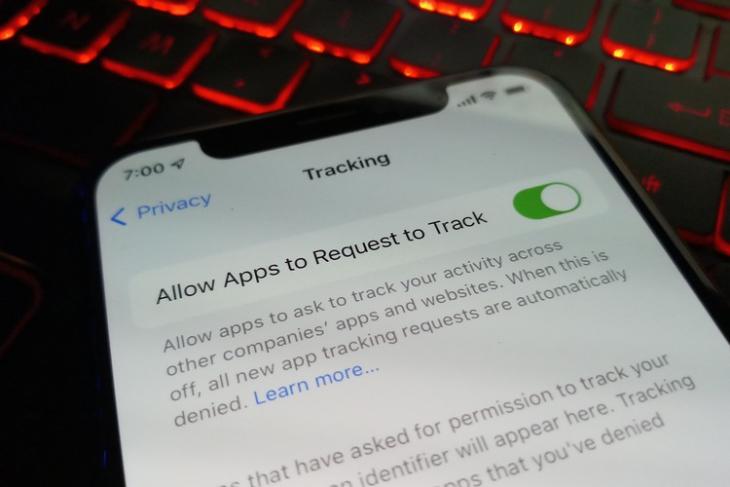 Following the public release of Apple’s controversial App Tracking Transparency feature with iOS 14.5, users have chosen to not allow various apps to track them across third-party platforms. Now, as per recent reports, some iOS apps are forcing users to allow tracking by disabling basic app functionalities.

For those unaware, Apple added a nifty privacy-focused feature dubbed App Tracking Transparency with iOS 14 earlier this year. The said feature essentially allows users to block apps that track them across other third-party apps to deliver targeted ads.

As per reports, more than 96% of users in the US now prohibit apps from tracking their digital activity across other apps and platforms. Due to this, many app developers now cannot access the users’ Identifier for Advertisers (IDFA) that lets them track users and deliver targeted ads based on their digital activities.

Now, according to user feedback, some iOS apps such as eBay and Microsoft Outlook are forcing users to allow tracking. These apps are reportedly rejecting third-party logins for users who did not allow tracking.

A screenshot of a pop-up message on iOS gives us a better idea of the enforcement. So, as per a pop-up message seen in eBay, the app will not allow users to log in with their Google accounts unless they enable app tracking. You can check out the screenshot right below.

If you are wondering who’s the culprit here, eBay or Google? Well, Rob Leathern, the VP of Privacy product management at Google, responded to Dieter’s tweet earlier today. He says that “Google Sign-In doesn’t collect data for any tracking/ advertising purposes” in a tweet. So yes, eBay needs to figure out its strategy and not force users into letting the app track their digital activity.