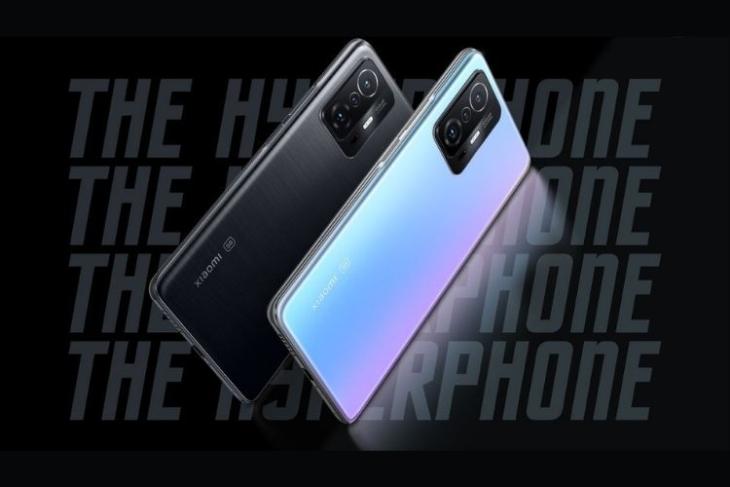 Xiaomi has launched the Xiaomi 11T Pro in India today. The “Hyperphone” falls in the high-end price bracket and comes with everything Hyper, including 120W HyperCharge, 120Hz Hyper Display, and loads more. Here’s a look at what all it offers.

Before we head to the specs sheet, here’s a look at its design. Along with a punch-hole screen coated with Corning Gorilla Glass Victus, the smartphone gets a rectangular rear camera hump and opts for a minimal look. It resembles its predecessor, the Mi 10T Pro, but has a few changes for some distinction. It gets an Anti-Glare matte finish back panel and comes in three colorways: Celestial Magic, Meteorite Black, and Moonlight White.

The Xiaomi 11T Pro gets all its work done with the help of last year’s Qualcomm Snapdragon 888 chipset, also found on the Mi 11X Pro and the Mi 11 Ultra. This is paired with up to 12GB of LPDDR5 RAM and 256GB of UFS 3.1 storage. There’s support for up to 3GB of extended RAM.

As for the cameras, there is a 108MP primary camera with the HM2 sensor, an 8MP ultra-wide camera with a 120-degree FoV (field of view), and a 5MP tele-macro camera with support for autofocus. The front snapper stands at 16MP. It supports end-to-end HDR10+ for both photos and videos, 4K videos at both 30fps and 60fps, 50+ director modes, Portrait mode, and more.

The Xiaomi 11T Pro is backed by a 5,000mAh battery, which supports 120W HyperCharge. This fast charging technology made its debut in India with the Xiaomi 11i HyperCharge earlier in January. This is claimed to fully charge the phone in just 17 minutes. Xiaomi also claims that the phone’s battery can stay intact even after 800 recharges, leading to just 20% of wear and tear. It runs MIUI 12.5 Enhanced Edition based on Android 11. The phone is confirmed to get 3 years of major updates and 4 years of security updates.

The smartphone also gets support for dual stereo speakers with Dolby Atmos and HARMAN Kardon, support for 13 5G bands, an in-box 120W charger, Liquid Cooling system, NFC, a USB Type-C port, a side-mounted fingerprint scanner, IR Blaster at the top, along with the usual connectivity options.

The Xiaomi 11T Pro comes in three RAM+storage variants. Here are the prices:

With this, the Xiaomi 11T Pro competes with the likes of the recently launched OnePlus 9RT, the Realme GT 5G, and more. The phone will be available to buy today at 2 pm via the company’s website, Mi Home, Amazon India, and retail stores. Further, you can get a discount of around Rs 5,000 on Citi Bank cards and an additional discount of Rs 5,000 as an exchange offer.