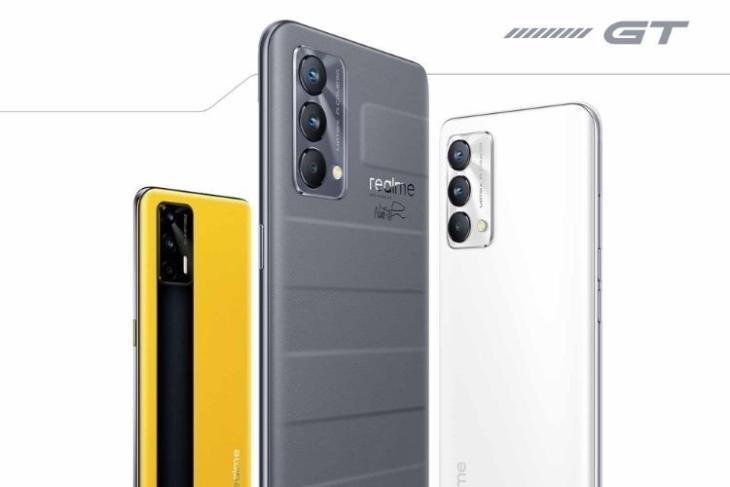 So, before going to the prices and availability, let’s take a quick look at the key specs and features of the Realme GT series.

Starting with the Realme GT 5G, it is the same device that the company launched in China and the global market earlier this year. The design of the Realme GT is inspired by sports cars and comes in two back-panel finishes, including a model with a vegan leather-based back panel and another with a glass back panel.

The device boasts a 6.43-inch Full HD+ AMOLED panel with support for a 120Hz refresh rate and a 360Hz touch sampling rate. It has a 20:9 aspect ratio and supports 100% DCI-P3 color gamut and HDR10+. Moreover, you can find an in-display fingerprint sensor for biometric authentication.

Under the hood, the Realme GT packs the flagship Qualcomm Snapdragon 888 chipset that comes with a built-in Adreno 660 GPU. It is coupled with up to 12GB of LPDDR5 RAM and up to 256GB of UFS 3.1 storage. Moreover, there is support for Dynamic RAM Expansion that allows the device to dedicate up to 7GB of ROM into RAM for faster multi-tasking.

As for the battery, the device comes with a 4,500mAh battery with support for 65W fast charging inside. As per the company, the device can fully charge in just 35 minutes.

Furthermore, to keep the device cool during high-performance tasks, Realme has also integrated a stainless steel VC cooling system. This allows the device to reduce up to 15-degrees Celcius during demanding tasks like gaming or video editing.

Turning to the optics, the Realme GT 5G features a triple camera setup at the back. This includes a 64MP Sony IMX682 primary camera, an 8MP ultra-wide lens, and a 2MP macro sensor. There is also a 16MP punch-hole selfie shooter at the front.

Other than these, the device comes with support for 5G networks. Moreover, there is support for Wi-Fi 6e and Bluetooth 5.2 for high-speed connectivity. Turning to the ports, there is a USB-C port for charging and data transfer alongside a 3.5mm headphone jack. The device runs Realme UI 2.0 based on Android 11 out-of-the-box. It will come in three color variants – Dashing Blue, Dashing Silver, Racing Yellow.

Now, coming to the lower-end Realme GT Master Edition, the device packs similar specs as its elder sibling. However, there are a few key differences in terms of the design and what’s under the hood.

Under the hood, the Realme GT Master Edition packs the Qualcomm Snapdragon 778G chipset. It is paired with up to 8GB of RAM and up to 256GB of storage with support for Dynamic RAM Expansion. It enables the device to assign up to 5GB of ROM to RAM for better performance. 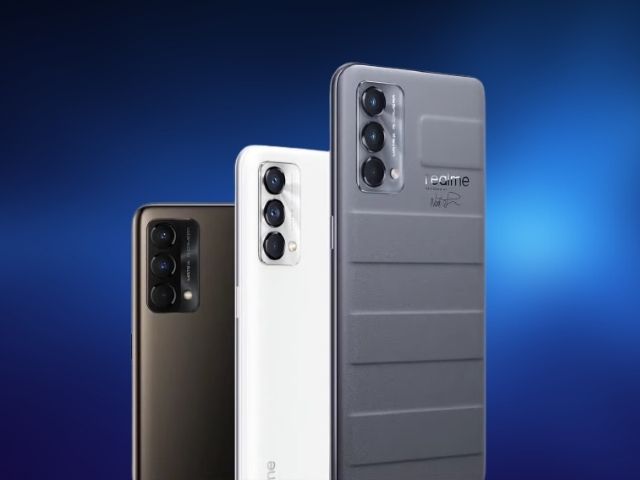 Turning to the cameras, the device packs a similar triple camera setup at the back as its elder sibling. There is a 64MP primary lens, an 8MP ultra-wide lens with a 119-degree FOV, and a 2MP macro sensor.

The Realme GT Master Edition cameras put emphasis on street photography and bring a dedicated mode for the same, including special filters and AI features. There is a 32MP punch-hole selfie shooter at the front as well.

As for the battery, the Realme GT Master Edition packs a similar 4,300mAh battery with support for 65W fast charging. It runs the Realme UI 2.0 based on Android 11 out-of-the-box.

Other than these, there is support for 5G connectivity, Wi-Fi 6, and Bluetooth 5.2. There is also an in-display fingerprint sensor, a USB-C port, and a headphone jack. It will come in three color variants – Cosmos Black, Luna White, and Voyager Grey.

Both the devices will be exclusively available to buy from Flipkart and Realme’s official online store. The Realme GT 5G will go on sale from August 25th, while the Realme GT Master Edition sale will start from August 26th. So, will you be buying any of these two devices? Let us know your opinion in the comments below.