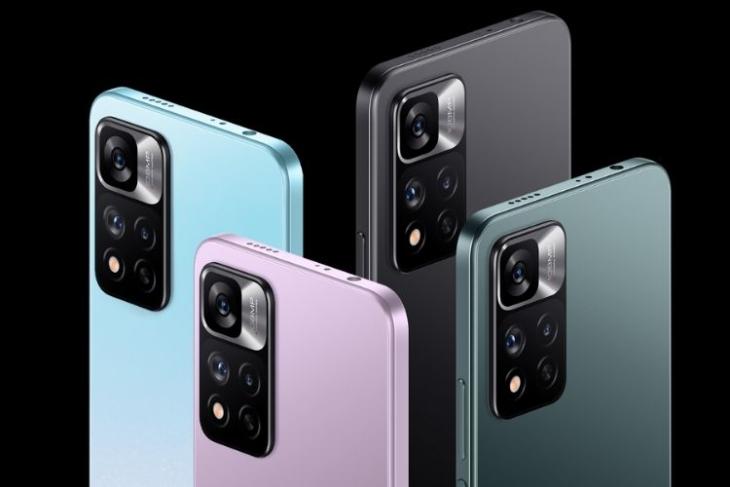 After a lot of teasers, Xiaomi has finally launched the Xiaomi 11i HyperCharge in India. This is the first smartphone to support 120W fast charging speeds in India, and it is said to fully charge the phone in just 15 minutes! The phone also flaunts a 120Hz AMOLED screen, 5G connectivity support, and loads more.

Xiaomi 11i HyperCharge: Specs and Features

The Xiaomi 11i HyperCharge, as revealed earlier, has a design similar to the Xiaomi Mi 10T series with a rectangular rear camera module and a punch-hole display.

It comes with a 6.67-inch Full HD+ AMOLED display with support for a 120Hz refresh rate, a 360Hz touch sampling rate, and “Ultra Narrow Bezels.” It is powered by the MediaTek Dimensity 920 SoC, thus, becoming one of the first phones in India to come with one. It comes with up to 8GB of RAM and 128GB of storage, which can be expanded up to 1TB via a memory card. Plus, there’s support for up to 3GB of expandable RAM using a software feature in MIUI 12.5.

As for the cameras, there are three at the back, including a 108MP Samsung HM2 primary camera, an 8MP ultra-wide camera, and a 2MP macro camera. The front gets a 16MP selfie snapper. There’s support for 4K videos, Portrait mode, night mode, and more features.

Xiaomi 11i HyperCharge gets its fuel from a 4,500mAh battery with 120W fast charging and runs MIUI 12.5 Enhanced Edition based on Android 11. The phone is upgradable to MIUI 13 in the future. There’s a side-mounted fingerprint scanner, which can also perform some shortcuts as assigned to it. The phone also includes a Vapor Chamber Cooling system for better heat dissipation, IP53 water and dust resistance, dual stereo speakers with Dolby Atmos, IR Blaster, a 3.5mm audio jack, Wi-Fi 6, Bluetooth version 5.2, and more.

Xiaomi 11i 5G: Specs and Features

The Xiaomi 11i 5G is the younger sibling of the Xiaomi 11i HyperCharge and shares most of its specs. Except, for the battery. The Xiaomi 11i comes with a bigger 5,160mAh battery and supports 67W fast charging, instead of the 120W tech on the HyperCharge variant. The rest of the specifications as well as the design remain exactly the same.

Both the Xiaomi 11i HyperCharge and Xiaomi 11i come in two RAM+Storage variants and will be available to buy via Flipkart as part of the first sale on January 12. Here are the prices:

Interested buyers can get an instant discount of Rs 2,500 on the use of an SBI credit card and get further discounts on Flipkart’s exchange offer. People can also get additional Rs 4,000 off on the exchange of an existing Redmi smartphone.

Xiaomi 11i Hypercharge Confirmed to Get Dimensity 920