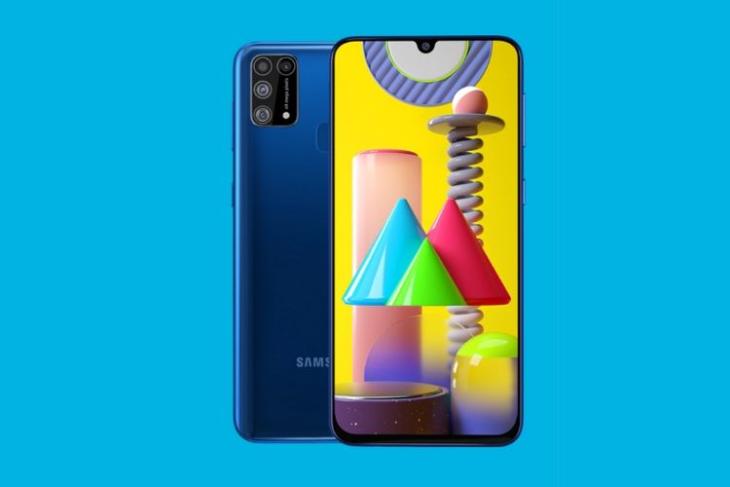 Having launched the Galaxy M30 and M30s last year, Samsung is now all set to launch its successor, the Galaxy M31, in India later this month. The smartphone will launch on 25th February in India and will be exclusive to Amazon India.

Galaxy M31 has also got its own landing page on Amazon and it has revealed some of the device’s key specs, including a massive 6,000mAh battery like the Galaxy M30s.

The rest of the hardware includes a quad-camera setup at the back, led by a 64MP sensor. The L-shaped placement of the four sensors within the rectangular camera bump is similar to what we’ve already seen on the Galaxy A51, Galaxy S10 Lite, Galaxy Note 10 Lite, and more. Samsung has also confirmed that the device will feature a Full HD+ Super AMOLED ‘Infinity-U’ display.

The rest of the tech specs, including the processor, RAM, storage, the secondary image sensors, details about the display panel and other information, remain under wraps for now. But, we won’t be surprised if Samsung plans to reveal some of these details in the lead-up to the actual launch. It will also be interesting to see if the device will be priced similarly to its predecessors, which might make it a worthy competitor against popular devices such as the Redmi Note 8 Pro and Realme 5 Pro.