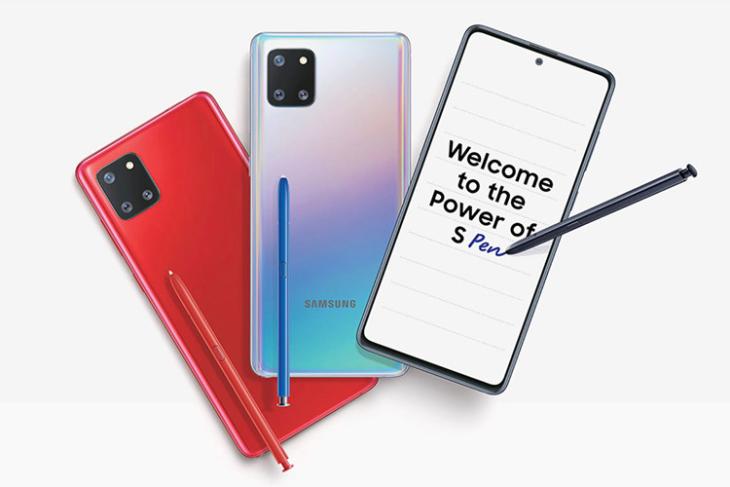 After officially unveiling the Note 10 Lite earlier this month, Samsung has today launched the phone in India. The Note 10 Lite comes with a triple-rear camera set-up, a big screen, and the S-Pen that’s beloved by fans of the Note series of smartphones from the South Korean giant.

The Note 10 Lite packs in a large 6.7-inch FullHD+ SuperAMOLED display with a 32MP punch-hole selfie camera smack dab in the middle of the screen, which is great for symmetry. Along with that, the phone packs in the Exynos 9810 chipset paired with up to 8GB RAM and 128GB storage.

Powering all of this up is a 4,500mAh battery, which should be decent enough for the phone. There’s also support for 25W fast charging.

Samsung has launched the Note 10 Lite at ₹38,999 in India for the base 6GB/128GB variant and ₹40,990 for the high-end 8GB/128GB variant. The phone will be available in three colours Aura Glow, Aura Black and Aura Red. It’s available to pre-order now, and will go on sale starting February 3.