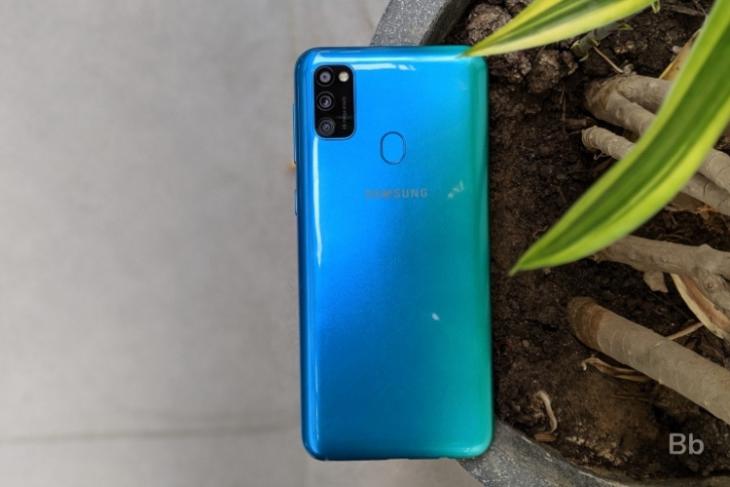 In an attempt to regain its spot among the top budget phone makers, Samsung launched its M-series earlier this year. The standout player in the company’s lineup was the Galaxy M30, which offered an AMOLED display and triple cameras under the Rs 15,000 price tag.

Well, it seems like Samsung aims to be on its toes and provide the latest and greatest to its users with the refreshed Galaxy M30s. It brings minor upgrades over the original M30, including a more powerful chipset, a higher-megapixel camera, and a massive battery.

Not a whole lot has changed on the design front with the Galaxy M30s. Samsung is still offering you a polycarbonate back with a dual-color gradient, which looks okayish. A bit tacky, to be honest. There’s also a bigger triple camera bump and a physical fingerprint sensor on the rear. 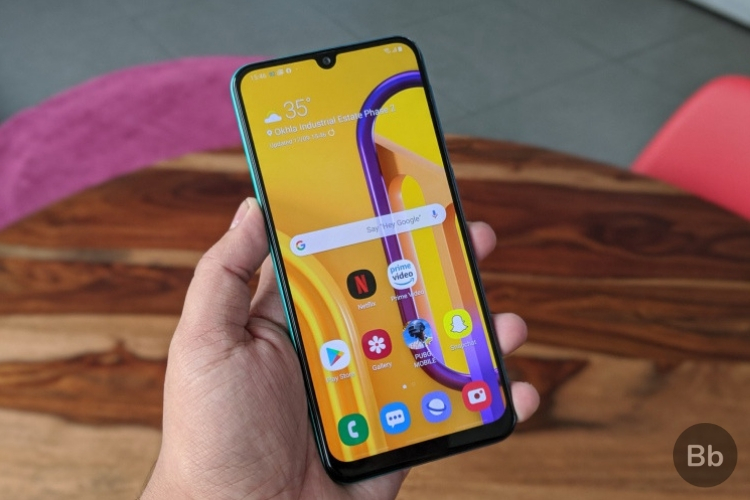 Powering the smartphone is the new Exynos 9611 chipset, which we first saw on the Galaxy A50s earlier this month. It’s a substantial bump over the Exynos 7904 processor that powered its predecessor. This is coupled with up to 6GB LPDDR4x RAM and 128GB internal storage, which is expandable up to 512GB via a dedicated microSD card slot. It runs Android 9 Pie-based OneUI out-of-the-box, which is I quite like. 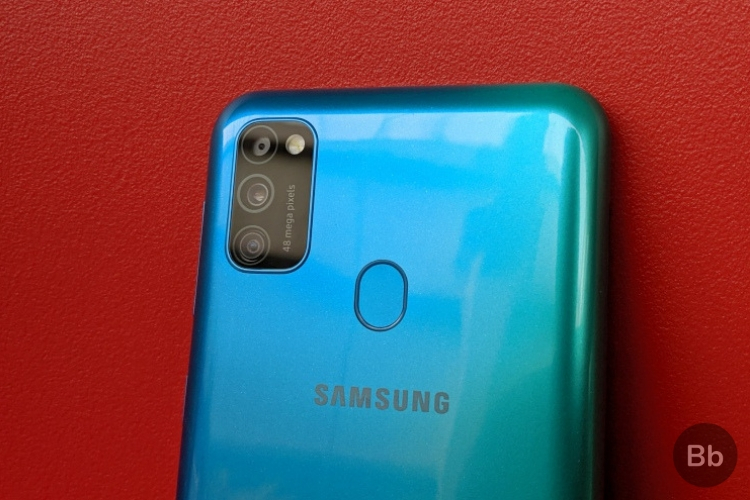 In the camera department, the Galaxy M30s still continues to tout a triple rear-camera setup as its predecessor but with an upgrade that’s in line with the current trend. Yeah, Galaxy M30s includes a 48MP primary sensor, along with an 8MP ultra-wide lens, and a 5MP depth sensor. Samsung is offering you a number of new camera features including Night Mode, Super Steady mode for videos, Intelligent Flaw Detection, and more.

One of the major highlights of the Galaxy M30s, which has been heavily advertised, will have to be the massive 6,000mAh battery. You will also get a 15W USB Type-C fast-charger in the box, which is great. But, what’s even better is that the Galaxy M30s isn’t bulky and weighs just 188 grams.

Alongside the Galaxy M30s, Samsung also launched the most affordable phone with an AMOLED display — the Galaxy M10s. The design of the Galaxy M10s is pretty similar to Samsung Galaxy A30, which was launched earlier this year.

Galaxy M10s is powered by the Exynos 7884B chipset, coupled with up to 4GB RAM and 64GB onboard storage (expandable up to 512GB via a dedicated microSD card slot). This is a worthy upgrade over the Exynos 7870 in its predecessor. This smartphone runs Android 9 Pie-based OneUI out-of-the-box.

This smartphone also packs a dual rear-camera setup, with a 13MP primary sensor and 5MP ultra-wide-angle lens. You will also find an 8MP selfie camera housed in the notch. Samsung M10s comes equipped with a 4000mAh battery and USB Type-C port for charging, which is great for a sub-Rs 10,000 smartphone. Take note, Vivo and Oppo!

Galaxy M30s will be available in three vibrant color variants namely Opal Black, Pearl White, and Sapphire Blue. It will go on sale starting from 29th September on Amazon, along with the Galaxy M10s.

The Galaxy M10s has been priced at Rs. 8,999 for the sole 3GB+32GB variant. It comes in two color variants namely Ocean Blue and Charcoal Black. So, would you be interested in picking either of the two new Galaxy M-series phones? Let us know in the comments below.