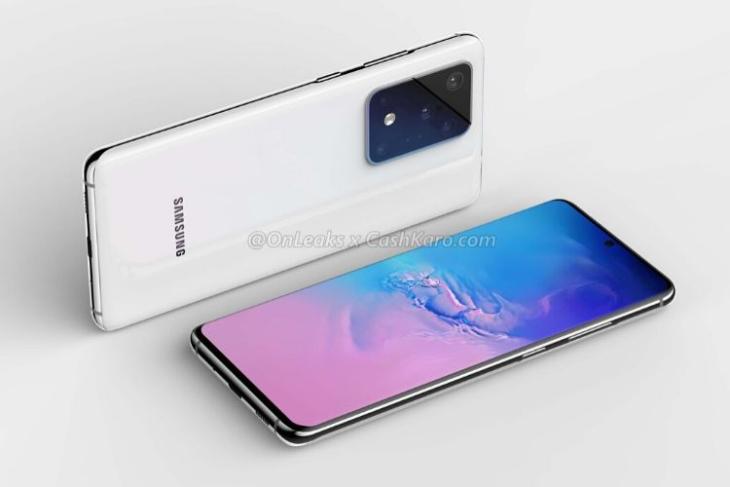 Much of the details about the cameras on the upcoming Galaxy S20-series smartphones have already been leaked over the past few days, and now serial leakster, Ice Universe, has revealed the exact sensors that might be used in the devices. According to him, the Galaxy S20 and Galaxy S20+ are expected to ship with a very similar camera setup barring an added ToF sensor in the latter, but Samsung is planning to differentiate the S20 Ultra by using a custom version of its in-house 108MP sensor as its primary camera.

According to Ice Universe, the Galaxy S20 and S20+ are expected to ship with a triple-camera setup at the back, including a primary 12MP Sony IMX555 sensor, a 64MP Samsung S5KGW2 sensor mated to a telephoto lens and a 12MP Samsung S5K2LA sensor paired with an ultra-wide lens. The only difference will apparently be the addition of a ToF sensor (Sony IMX516) in the pricier device. Both will also sport the same selfie camera – the 10MP Sony IMX375.

Coming to the S20 Ultra, the biggest and presumably, the priciest device in the upcoming lineup, it will reportedly ship with Samsung’s own 108MP S5KHM1 sensor as its primary camera. The zoom camera will reportedly have the 48MP Sony IMX586 sensor, while the ultra-wide lens will be mated to a 44MP Samsung S5KGH1 camera. It will also have a ToF sensor, but the Sony IMX518 instead of the 516 on the other two. As for its selfie-cam, the Ultra will apparently ship with the same 10MP Sony IMX375 sensor like its smaller siblings.

Overall, Samsung is tipped to use 10 different sensors in the Galaxy S20 lineup, including five of its own and five from Sony. The company is expected to officially unveil the Galaxy S20 lineup on February 11th, so it shouldn’t be long before we get our first official look at the entire range.