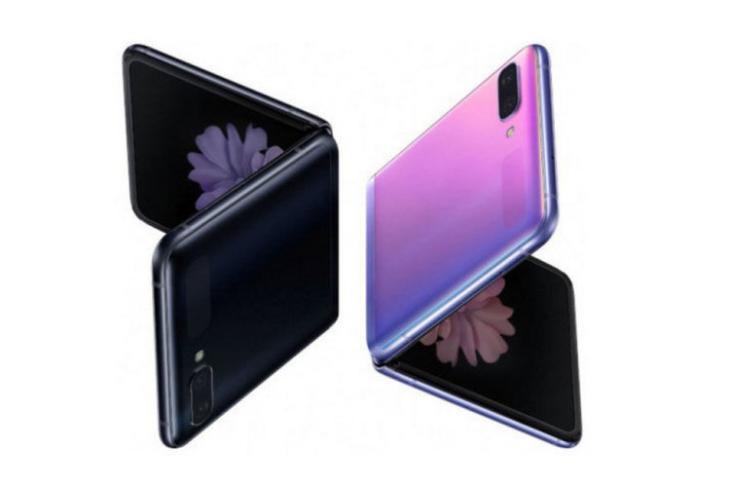 Following a host of leaks about its next-gen folding smartphone over the past few weeks, Samsung Electronics has now started teasing the device with full-fledged TV ads even though it is yet to be announced officially. With just a couple of days to go before its ‘Unpacked’ event in New York City, where Samsung is expected to announce the Galaxy Z Flip alongside the Galaxy S20 lineup, the company rolled out its first official ad for the former during last night’s Oscars ceremony.

The ad seems to confirm much of what’s been revealed by the leaked hands-on video from last week, including the presence of a small display at the back to show the caller ID for incoming calls. According to prior reports, the secondary display is expected to be a 1.06-inch Always-On Super AMOLED panel with 300 x 116 pixel resolution. Alongside caller-ID, it will also apparently show the time and notifications.

The ad doesn’t seem to have revealed any further info that we didn’t know already, so official details about the Galaxy Z Flip’s tech specs and software features remain under wraps for now. However, given that the official launch is just over 24 hours away, we won’t have to wait too long to get the full lowdown.

In case you don’t know it already, the the Samsung Galaxy Z Flip is expected to be the company’s second-generation folding smartphone after last year’s Galaxy Fold. The upcoming device is said to sport a 6.7-inch Full-HD+ AMOLED display with a 22:9 aspect ratio and a punch-hole housing for the front-facing 10MP selfie-camera. It is also rumored to come with the Snapdragon 855+ SoC, 8GB of RAM and 256GB of internal storage.