Skip to content
Home News OnePlus 10R Could Be a Rebranded Realme GT Neo 3; Check out the Leaked Specs Here! 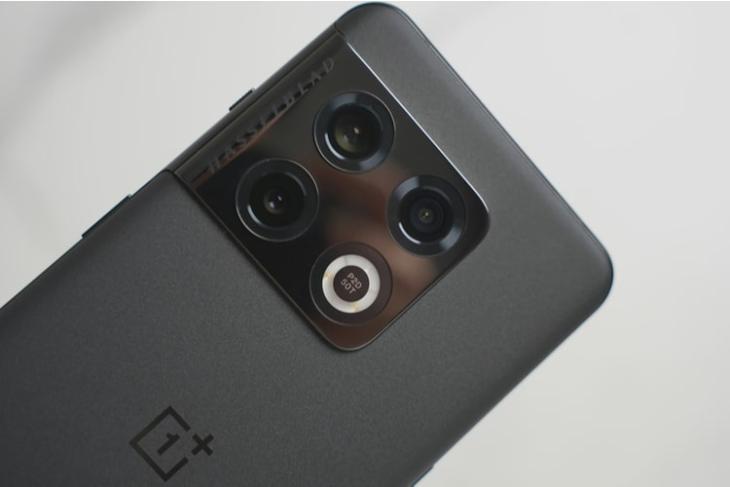 While we are waiting for OnePlus to launch the OnePlus 10 Pro in India as well as the global markets soon, rumors about an affordable new flagship in the form of the OnePlus 10R have started surfacing. Although the device is rumored to launch in the latter half of 2022, its entire specs sheet has now leaked online. Check out the details below.

According to a recent report by 91Mobiles, the OnePlus 10R will be a rebranded Realme GT Neo 3, which was recently launched with the MediaTek 8100 SoC and 150W fast charging support. A similar OnePlus device, codenamed “pickle,” was tipped to be in the works in an earlier report.

It is suggested that the OnePlus 10R will arrive as a successor of last year’s OnePlus 9R and feature a taller 6.7-inch Full HD+ Samsung E4 AMOLED display with support for a 120Hz refresh rate and HDR10+. Plus, you will find a center-placed (a first for a OnePlus phone) 16MP punch-hole selfie snapper. As for the rear cameras, the device will reportedly come with a 50MP Sony IMX766 primary lens with OIS support, an 8MP Sony IMX355 ultra-wide lens, and a 2MP macro sensor.

Similar to the Realme GT Neo 3, the OnePlus 10R is also expected to have the latest MediaTek Dimensity 8100 chipset powering the device. Although it is a lower-end processor than the OnePlus 10 Pro’s Snapdragon 8 Gen 1, the Dimensity 8100 was able to beat the latter on Geekbench recently. So, we can expect crisp performance from the OnePlus 10R. Coming to the memory details, the device is tipped to support up to 12GB of LPDDR5 RAM and 256GB of UFS 3.1 storage.

Now, one of the highlights of the device would be its fast-charging capabilities as the OnePlus 10R will come with support for 150W fast charging. On paper, this will take only 5 minutes to charge the 4,500mAh battery of the device to 50% and less than 15 minutes to fully charge it. To recall, the rumored OnePlus Nord 3 is also expected to have 150W fast charging support.

And much like the Realme GT Neo 3, there could be a lower-end variant with a 5,000mAh battery and support for up to 80W fast charging. Other than these, the OnePlus 10R is expected to feature Gorilla Glass on the front and back, high-res audio support with stereo speakers, NFC, and more. It will most likely run the Android 12-based Oxygen OS 12 out-of-the-box, but won’t include an alert slider, as per the report.

As for the pricing, there is no information available as of now. So, if you are interested in learning more about the OnePlus 10R and other upcoming OnePlus phones, we suggest you stay tuned to Beebom. Also, let us know your thoughts on this device in the comments below.