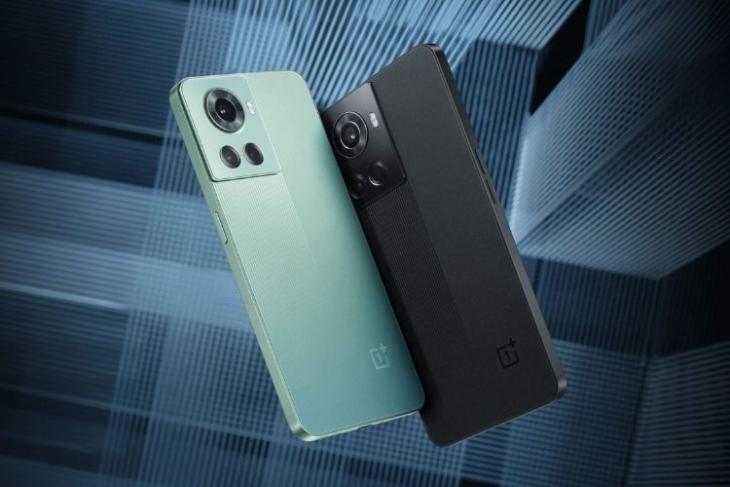 A lot of hype later, OnePlus has finally launched the 9R-successor, the OnePlus 10R in India at its “More Power to You” event, alongside the OnePlus Nord Buds. This phone, while a rebranded version of the Realme GT Neo 3, is also the OnePlus Ace (that launched in China recently) with a new name. It comes with exciting features like 150W fast charging, a new design, and more. Here’s a look at all the details.

The OnePlus 10R apes the GT Neo 3 design but includes its own elements too, with an aim to have some distinction. So, while we get three rear cameras placed in a triangle and flat edges, the arrangement is slightly different. Plus, as opposed to the race track-inspired stripes on the GT Neo 3, the OnePlus 10R has a dual-textured back panel. As usual, the front portion has a punch-hole screen but it is placed in the center. The back panel is also fingerprint and smudge-resistant.

The 6.7-inch Full HD+ Fluid AMOLED display supports an adaptive 120Hz refresh rate and HDR10+. Under the hood, there’s a specially-tailored MediaTek Dimensity 8100-Max chipset with some tweaks as compared to the original Dimensity 8100 SoC. To recall, OnePlus has introduced devices with its own tweaked version of a chipset like the OnePlus Nord 2.

The camera part is also similar to the OnePlus Ace and even the GT Neo 3, which includes a 50MP main camera with a Sony IMX766 sensor and OIS, an 8MP ultra-wide lens, and a 2MP macro camera. At the front, there’s a 16MP selfie shooter with EIS support. The phone comes equipped with Nightscape mode 2.0, Image Clarity Engine (ICE), UltraShot HDR, Smart Scene Recognition, and more.

The battery department is an intriguing one. The OnePlus 10R (Endurance Edition as the company calls it) has a 4,500mAh battery with support for 150W SuperVOOC fast charging, which is a first for a OnePlus phone. This can reach a 30% charge in just 3 minutes. The phone also has a variant with a 5,000mAh battery but supports 80W fast charging, much like the OnePlus 10 Pro. It runs OxygenOS 12.1 based on Android 12.

The OnePlus 10R starts at Rs 38,999 and is available in three variants. Here’s a look at the details.

The OnePlus 10R will be available to buy, starting May 4 via Amazon India, OnePlus.in, and leading retail stores. It comes in Sierra Black and Forest Green colorways.