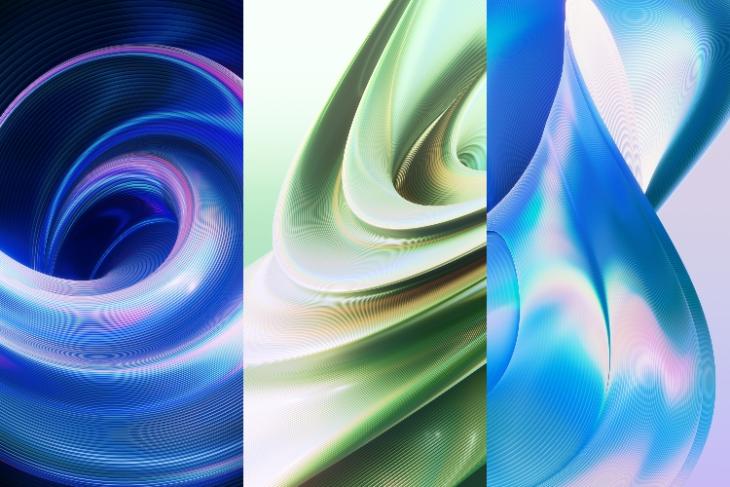 OnePlus is all set to host a launch event in India on April 28, which is highly expected to see the arrival of its much-awaited OnePlus 10R smartphone along with the Nord CE 2 Lite 5G and the Nord Buds. Now, prior to its launch, we have acquired the new wallpapers and live wallpapers that will come with the OnePlus 10R. Read along to know how you can get the new wallpapers for your device.

A recent report by XDA Developers cites a recognized developer named mlgmxyysd, who recently got hold of the new wallpapers and live wallpapers of the OnePlus 10R. There are three static wallpapers along with three live ones. You can check out the preview of the static wallpapers in the slide attached above.

Now, it is worth mentioning that the live wallpapers are in MP4 format. Hence, you will have to use a third-party video-to-live-wallpaper converter app to set the live wallpapers on your Android device. So, if you are intrigued, you can get the full-resolution versions of the OnePlus 10R wallpapers right here!

To recall, the OnePlus 10R has been in the works for some time. Recent reports suggest that the device will be a rebranded Realme GT Neo 3, which was launched in China last month. Rumors further hint that OnePlus will launch the OnePlus 10R as OnePlus Ace in its home market in China. It is also suggested that the OnePlus 10R will come in Arctic Glow, Green, and Sierra Black colorways.

The device will most likely pack the latest MediaTek Dimensity 8100 processor and will come with 150W fast charging support. As for the design, we recently saw the back look of the OnePlus 10R leak in an Amazon ad, which somehow looks like the GT Neo 3.

The smartphone is expected to feature a 6.7-inch Samsung E4 AMOLED panel with support for a 120Hz refresh rate. It will reportedly come with three rear cameras, including a 50MP primary lens, an 8MP ultra-wide lens, and a 2MP macro sensor. It is also said to come with a 16MP selfie camera. Other than these, the OnePlus 10R is expected to come with stereo speakers, support for the latest Wi-Fi, Bluetooth, and NFC technologies, and more. It is also revealed that the device will run Android 12-based OxygenOS 12.

If you are interested to know more about the upcoming OnePlus 10R/OnePlus Ace, be sure to catch the official unveiling on April 28. Also, stay tuned to get further updates ahead of the India launch.