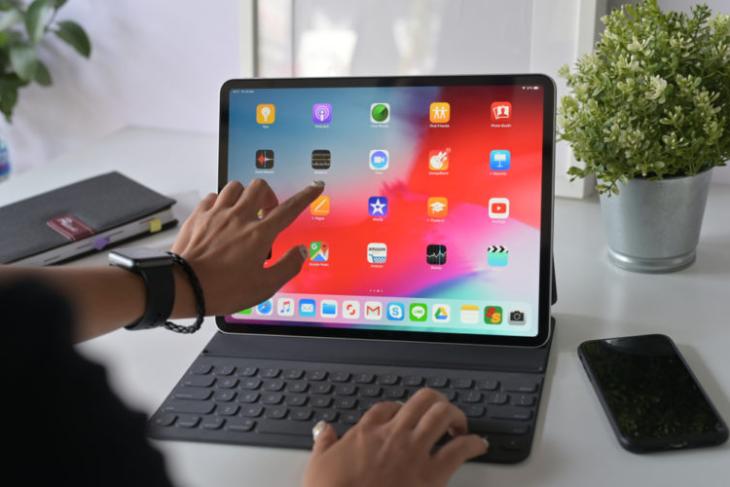 After launching the new iPad Air with an iPad Pro-like design and USB-C port late last year, Apple is now preparing to expand its iPad Pro lineup by releasing two new models. As per a recent report, the Cupertino giant will release an iPad Pro model with a Mini LED display and Thunderbolt connector “as early as April” of this year.

The report (paywalled) comes from Bloomberg’s Mark Gurman and it states that Apple is looking to refresh its iPad Pro lineup with two new models. The new iPads will feature a similar design as the current-gen iPad Pro. They will reportedly come in 11-inch and 12.9-inch screen sizes. In addition, these will also feature improved cameras.

As per the report, the new iPad Pros will feature an updated version of the A14X processor. This will be “on par” with the Apple M1 processor inside the latest MacBook Pro, MacBook Air, and the Mac Mini. Moreover, Apple is looking to include a Mini-LED display, “at least” on the bigger 12.9-inch model. This follows earlier reports from 2020 stating the same. And as per Gurman, the new Mini-LED display would be brighter and provide an improved contrast ratio.

Apple is also aiming to add Thunderbolt support to the upcoming iPads. According to the report, the company is testing new iPad Pros with Thunderbolt connectors, which you find on the latest Macs with the Apple M1 chips. Also, for those wondering, the new port will not require a new charger. It will, however, allow users to connect the iPad to external monitors, hard drives, and other compatible peripherals. Further, the new Thunderbolt port offers much faster data-syncing speeds in comparison to the current USB-C connectors.

As per Gurman, Apple is looking to launch the new iPad models as early as next month. However, there is no official announcement as of now. If you want to know what other products Apple is expected to launch in 2021, check out the linked article right here.