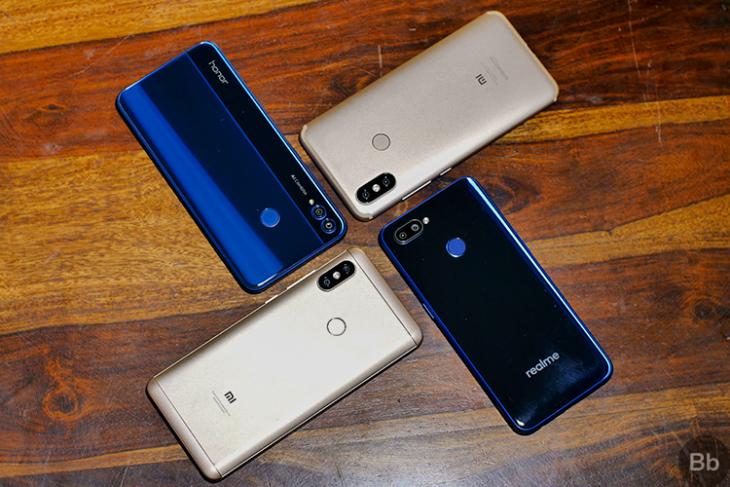 Huawei’s sub-brand Honor recently launched the Honor 8X in India and at a starting price of Rs. 14,999, the device seems to be a compelling budget-friendly mid-ranger. Powered by a Kirin 710 chipset coupled with up to 6GB RAM and up to 128GB of internal storage, the Honor 8X definitely fares quite well against its competition in a number of aspects, including build quality, performance, battery life and its display quality. However, in order to become the next best mid-ranger, the Honor 8X needs to prove its prowess in the camera department (see the Honor 8X camera review).

Considering the fact that the Honor 8X is in the affordable mid-range segment, it competes with smartphones like the Mi A2, the Redmi Note 5 Pro and the Realme 2 Pro. Therefore, in order to see how the Honor 8X stacks up against its competitors, we’ve pitched it in a camera showdown with these rivals.

The Honor 8X surprisingly doesn’t fare well against the competition in nearly every situation, with the Mi A2 and the Redmi Note 5 Pro consistently delivering better results. However, the Honor phone is able to click better images than the Realme 2 Pro, which is definitely a relief. Here are a few sample images we clicked in good lighting conditions:

Low light scenarios are definitely a challenge for the Honor 8X and it isn’t able to keep up with the Mi A2 and the Redmi Note 5 Pro, which deliver more natural looking shots with more detail. Once again, the Honor 8X is able to outperform the Realme 2 Pro. Here are a few shots that we used for comparison:

The 16MP f/2.0 selfie shooter on the Honor 8X also doesn’t match up to the Mi A2 and the Redmi Note 5 Pro, both of which deliver better images with great color accuracy and enough detail. Once again, the Realme 2 Pro comes in last. Here are the sample images we used for comparison:

As you can see the Honor 8X’s camera falls short of the competition and it’s probably the only shortcoming in the phone. The Honor 8X cameras are just about average and aren’t able to perform better than the two devices from Xiaomi. The Mi A2 and the Redmi Note 5 Pro consistently deliver better results in all scenarios, remaining the market leaders when it comes to camera performance in this price range. However, the Honor 8X excels in almost all other aspects and therefore, it still has the potential to be the next best budget mid-ranger.