Xiaomi recently released the Redmi Note 5 Pro, their latest budget offering. While the device brings forth a ton of marquee features, being the first device to sport the Snapdragon 636 processor, the highlight of the device has been the cameras. In fact, Xiaomi has advertised the product as the “camera beast of India”. But is it really that good? Let us find out as we take a detailed look at the camera performance of the Xiaomi Redmi Note 5 Pro:

Personally, my level of expectation wasn’t that high, considering it’s a Xiaomi device which has a reputation for offering great hardware but an average camera. However, having used the Mi A1, which does offer a better camera solution as compared to its previous devices, I was intrigued to see how well can the Redmi Note 5 Pro capture the shots.

The Redmi Note 5 Pro is capable of capturing decent shots in well-lit conditions. Images look sharp, and the color reproduction was mostly spot on. The amount of detail in the images is also good. However, a lot of times the camera fails to judge the white balance light or just produces images with washed out colors. Yes, that’s a rare occurrence, but it is still there. All in all, if the lighting conditions are good, the Redmi Note 5 Pro’s camera will certainly hold its ground and not disappoint you.

Moving on to the low-light photography, the Redmi Note 5 Pro is a hit and a miss. At times, the camera would capture images really well, but then at times, it’s just a sheer disappointment. The color reproduction is highly inaccurate, and the camera fails to balance the slight amount of light present at various spots accurately.

Now, thanks to the dual-camera setup, the Redmi Note 5 Pro allows the user to capture portrait shots. Interestingly, during the press release, Xiaomi had the guts to not only compare but state that their camera offering was better than the iPhone X AND the Google Pixel 2. Well, the portrait mode on the Redmi Note 5 Pro is definitely the best that you can get from a mid-range device, but certainly not at the level of the flagship devices. The edge detection is decent, while the blurring looks artificial.

As for video recording, the Redmi Note 5 Pro is one of the cheapest phones to pack in any sort of stabilization. With Xiaomi’s latest budget offering, you get the Electronic Image Stabilization. Thanks to that, the videos shot by the Redmi Note 5 Pro are stable but apart from the stability, the video quality is pretty average and there are stutter and lag in the videos recorded. Also, there’s no 4K recording, which Xiaomi says is coming in a future update.

The 20MP front shooter on the Redmi Note 5 Pro is a powerful lens which does an impressive job and manages to click images with decent color reproduction. The images have depth in them, and the results produced are quite clear, thanks to the HDR mode present. 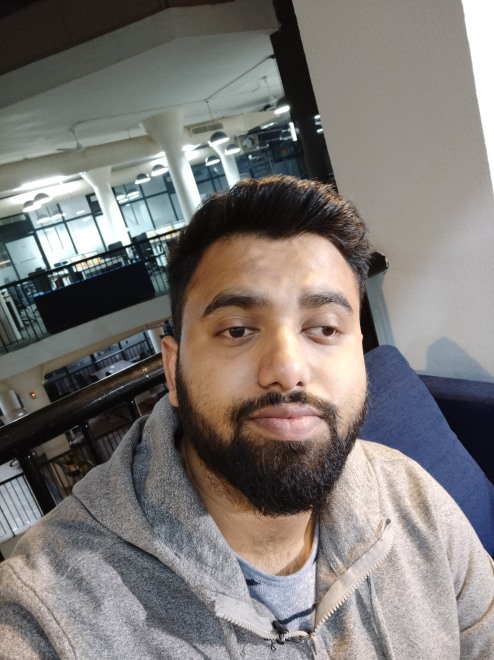 When it comes to low-light performance, the Redmi Note 5 Pro’s front camera manages to hold its ground. The performance is great, and thanks to the front LED flash, low-light photography is no longer a tedious task. Images look crisp and sharp, with enough detail thanks to the 20MP sensor.

Just like the Pixel 2, the Note 5 Pro uses AI for portrait selfies. Well, the portrait selfies we took were above average. Some are good, like really good, while some are okay-ish. However, the camera is still far from its comparisons to the iPhone X and the Google Pixel 2. The edge detection of Google and Apple is still better, but Xiaomi isn’t that far behind. 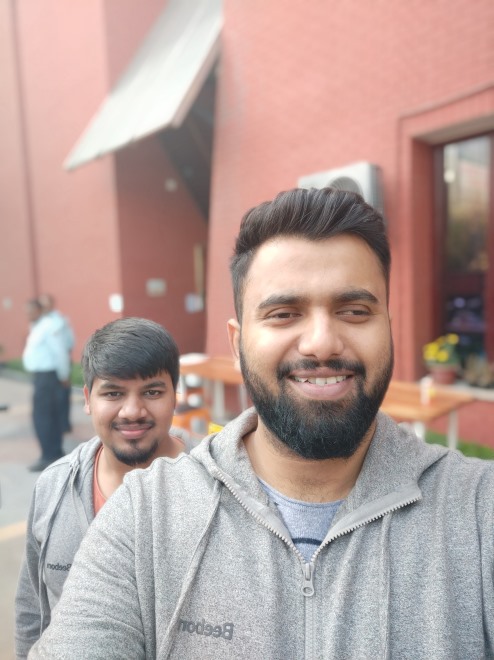 As for the video recording, the Redmi Note 5 Pro’s front camera is slightly better than the rear camera in the sense that at least there is no stuttering here. If you’re planning on getting the Redmi Note 5 Pro to be the next BB Ki Vines or CaseyNeistat, the device should aid you very well.

The Xiaomi Redmi Note 5 Pro packs in a great camera hardware both on the front as well as the rear end of the device. However, it is not as great as the company claims it to be but it’s decent enough for its price. That being said, the device is certainly capable, and we hope to see better results from the Redmi Note 5 Pro in the coming updates.