Apple has been rolling out Public (and Developer) Betas of iOS 10 for a while now, and with every new iteration, there are some changes. While most of these changes are bug fixes from previous betas, or design changes based on (what I think is) user feedback, some of the changes are great new features.

I have relentlessly been scouring the internet for all the changes that people discovered, comparing them with my own findings and checking them all on the iOS 10 Public Beta 2, which, at the time of writing, is the latest Public Beta released by Apple. There a lot of changes. In this article, I’ll be sharing the 7 best iOS 10 tricks.

We all know that feeling when we pull out our phone after a long time of it being on “Do not Disturb”, only to find about a million missed calls from our parents, usually followed by a mini heart attack. Well, someone at Apple’s software department obviously didn’t want to let their kids use the “my phone was set to do not disturb” excuse, the next time they failed to answer a call, and the result in iOS 10, is an option to enable Emergency Bypass on a per-contact basis.

If you have enabled Emergency Bypass for a particular contact, your iPhone will ring for calls from that number, even if your iPhone was set to Do not Disturb. No more excuses, guys.

1. Go to the Contacts app, and select the contact that you want to enable Emergency Bypass for. 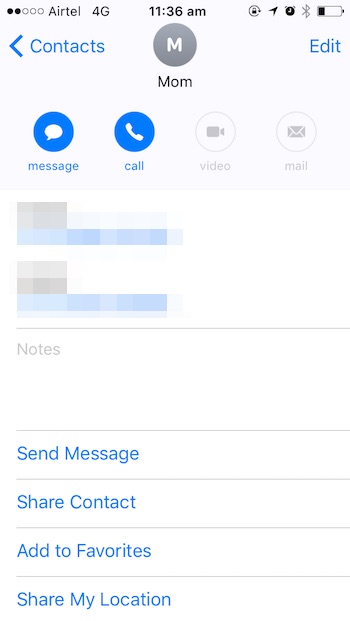 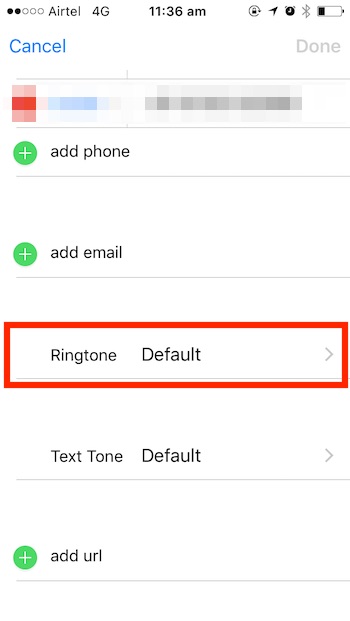 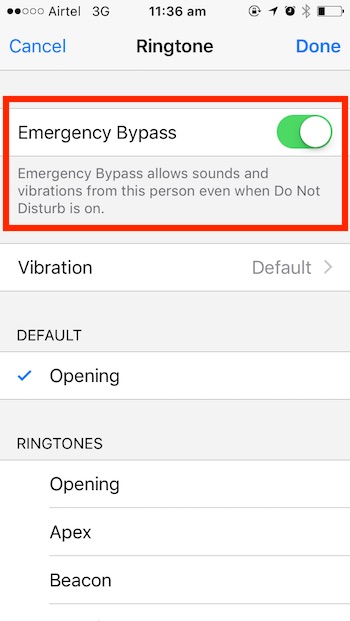 2. Annotate Videos and Photos in iMessages

iMessage is getting some really cool features in iOS 10, making it a competitor against more popular (and cross-platform) apps such as WhatsApp and Snapchat, each of which have their own set of sweet tricks up their sleeves. We have covered WhatsApp and Snapchat tricks earlier.

Among the plethora of changes coming to iMessage, one that definitely stands out is the ability to annotate videos and photos. A feature that Snapchat has boasted of for a long time. Annotated videos and photos make it easier to draw attention to particular parts of a video/photo and are fun, either way.

To annotate photos in iMessage, follow the steps below:

1. Open “Messages” on your iPhone.

2. Open the conversation where you want to send an annotated Video/Photo.

3. Tap the gray arrow on the left of the text box.

5. This will open a small screen where you can tap and send digital touch messages from. Tap on the “disclosure” arrow on the bottom right.

6. Tap on the video icon on the bottom left, to enable camera. 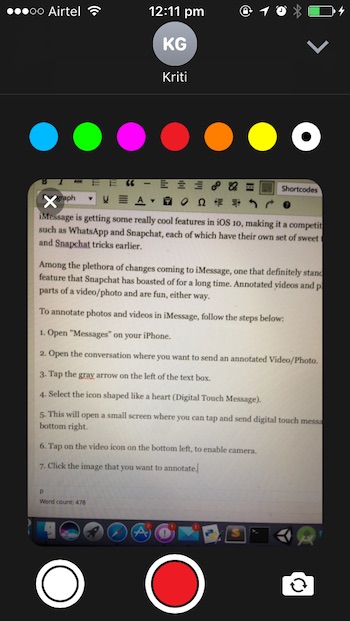 8. You can now annotate the image using any of the colours available in the palette on the top. 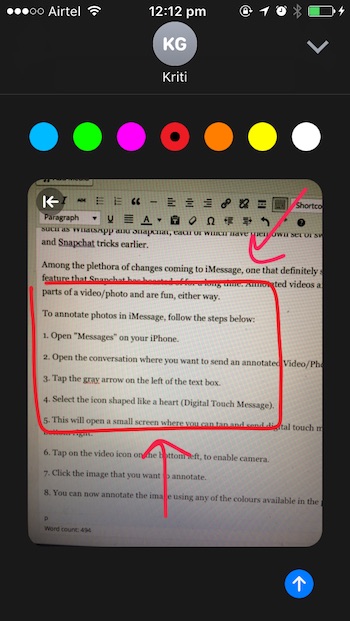 9. Simply tap the blue arrow on the bottom right to send the annotated image to the recipient.

Cool Fact: The annotation on the image animates when the receiver opens the message.

Annotating videos in iMessages is very similar, except that the annotation has to be done while you are recording the video. Read through the steps below to get an idea of how this works:

1. Open “Messages” on your iPhone.

2. Open the conversation where you want to send an annotated Video/Photo.

3. Tap the gray arrow on the left of the text box.

5. This will open a small screen where you can tap and send digital touch messages from. Tap on the “disclosure” arrow on the bottom right.

6. Tap on the video icon on the bottom left, to enable camera.

7. Tap the record button to start recording a video.

8. You can annotate the video as it records. 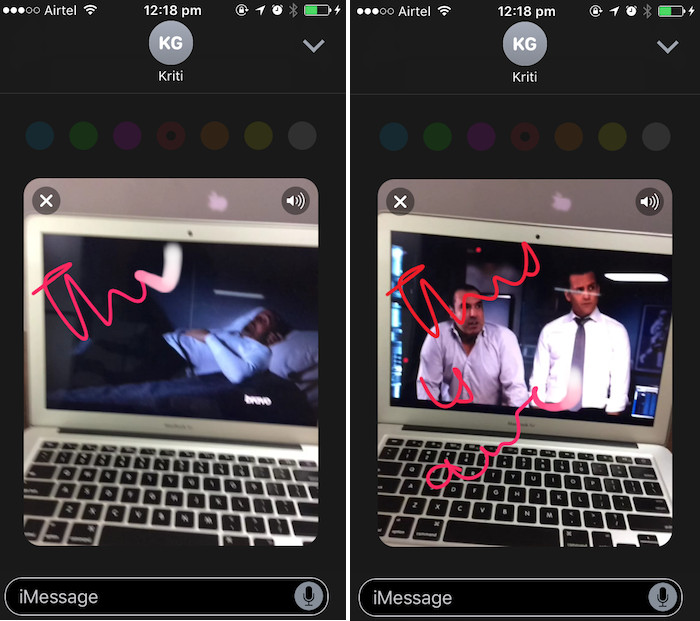 Another really cool change to iMessage that many might not be aware of, is that you can overlay stickers to messages (text, photos etc) that have already been sent. You can also overlay stickers onto received messages. That’s definitely something!

While this might be seen as a novelty feature, it sure could be fun. Warning: in excessive amounts, this feature becomes addictive enough that you will keep doing this on every message, potentially annoying the recipient, while also throwing your productivity at work down a cliff.

Follow the steps below, to try this feature out for yourself:

1. Open the iMessages conversation that you want to do this on.

2. Tap on the gray arrow on the left of the text box.

4. Tap and hold on a sticker and simply drag and drop it on the message that you want to overlay it on. 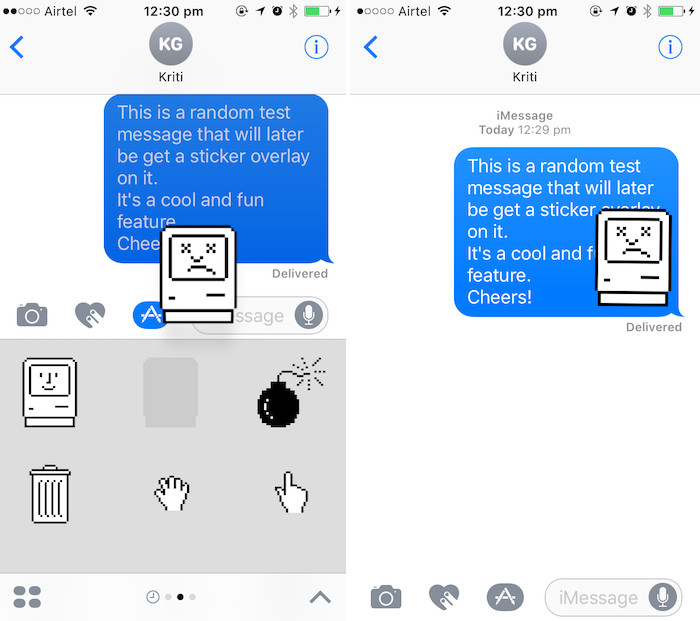 5. That’s it, the recipient will also see the change in their messages.

Bonus: You can add as many stickers onto a single message as you want, until the space on the message bubble runs out. 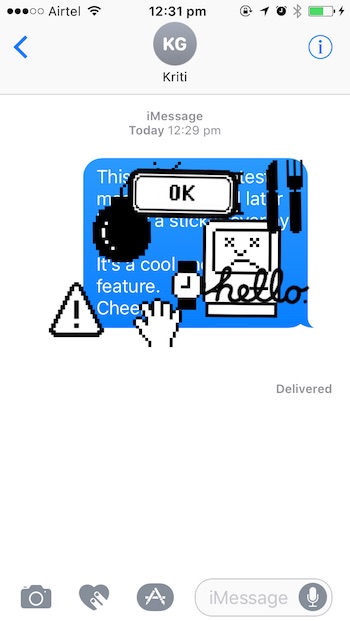 One of the most annoying quirks of the phone app on the iPhone, was that while dialling a number, if you made a mistake, you had to delete all the numbers that succeeded it, in order to get to, and replace it. iOS 10 finally fixes this. You can now edit numbers in the dialler in the same way that you can edit text in any text box.

Simply tap and hold on the number, and you will get the familiar lens view, magnifying the text immediately under your finger. Slide your finger left or right to adjust the cursor and edit the phone number, the way you should always have been able to. Finally, thanks Apple. 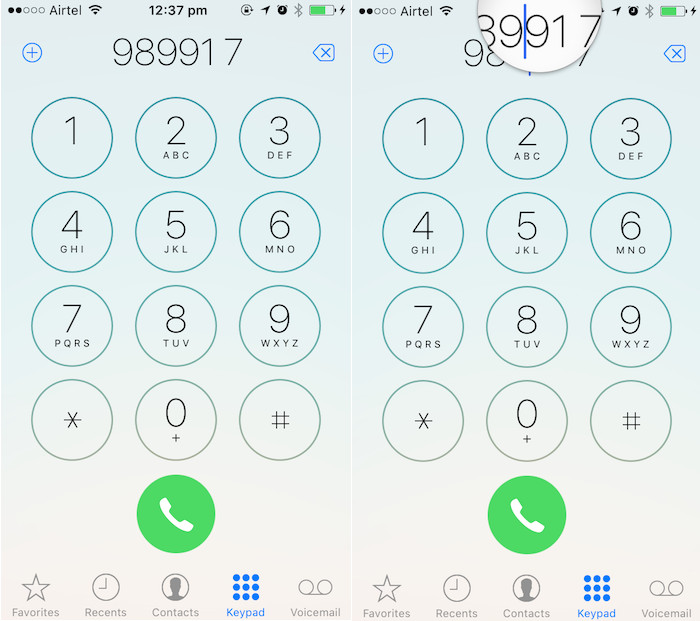 The accessibility tab inside settings finally has Display Accommodations settings that can make it easier for colour blind people to use their iPhones. The colour filters also have a greyscale setting, that I think might save some battery on your iPhone, if you can live with the tradeoff of an absolutely black and white screen on your iPhone. 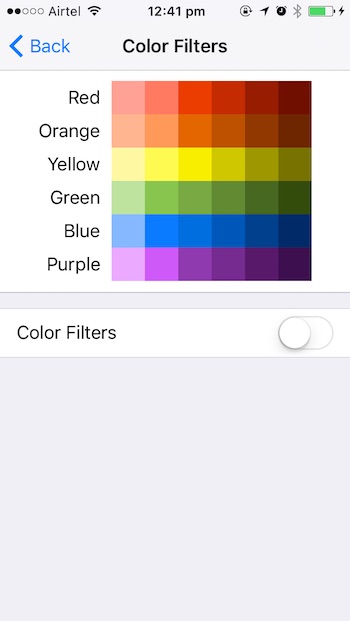 6. Close all Tabs in Safari

Closing tabs in Safari has always been a pain. Especially if you tend to open an extremely large number of tabs. Swiping them all out can get quickly tedious and boring. However, iOS 10 finally implements a method to close all Safari tabs in just two taps.

1. Inside Safari, tap and hold on the “tab switcher” button.

2. The context menu that comes up, now has an option to “Close all Tabs“. 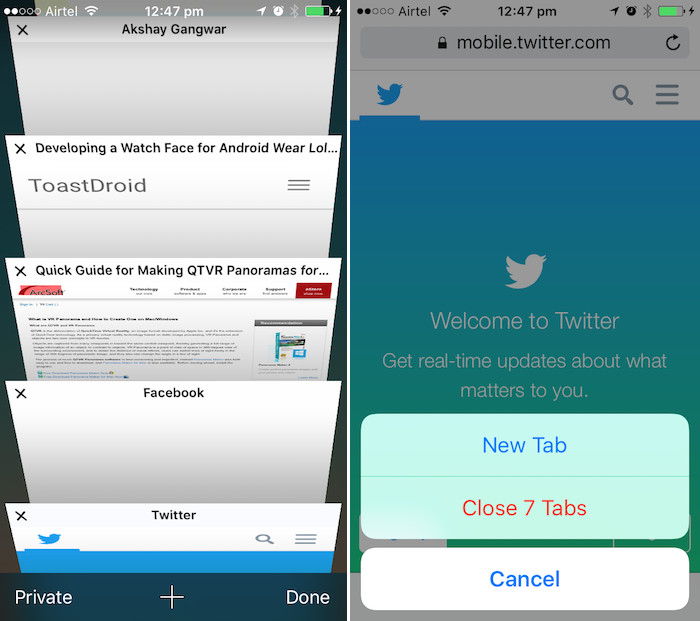 Note: The option actually reads “Close <number of open tabs> Tabs”, I have used “Close all Tabs”  for simplicity and clarity.

Safari also has a new feature that allows you to quickly export webpages opened in Safari to PDF files, that you can share using any valid sharing method.

1. Open the webpage in Safari. 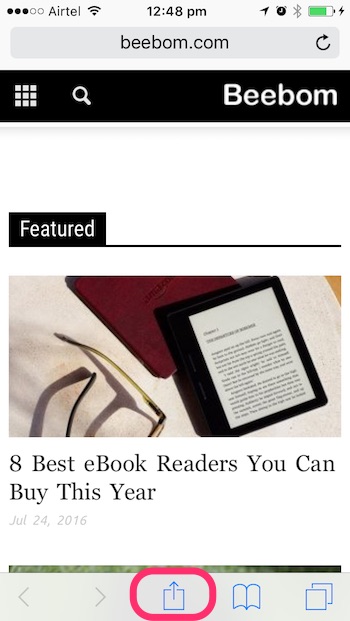 4. In the Printer Options page, perform the zoom in gesture using two fingers on the preview of the webpage.

5. Tap on the Share icon in the bottom left.

6. You can now share the PDF directly using any of the available options, or you can save the PDF to iCloud Drive. 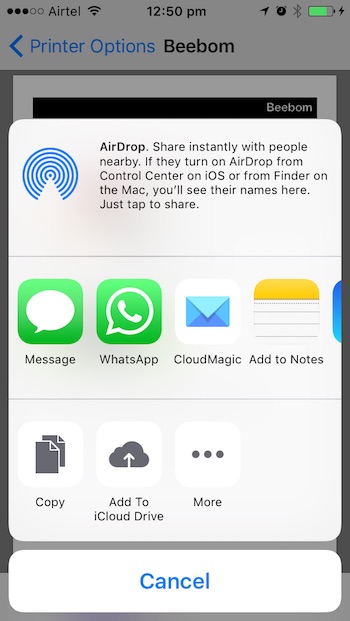 Here is our video on 7 cool iOS 10 Tricks and hidden features:-

Plenty of Welcome Changes in iOS 10

All in all, I found more than a hundred new features and changes in iOS 10. Needless to say, iOS 10 might just be the biggest (and quite possibly the best) update to iOS in the last few years, when it comes out, this fall. Yes, there are a few design changes that I personally don’t like, but that’s true for any major update to basically any major operating system.

Have you used the iOS 10 Public Beta yet? If you have not, but want to, you can read our article on How to Install the iOS 10 Public Beta on Your iOS Devices to learn how you can experience iOS 10 before its final release. If you have used iOS 10, we would love to hear your opinions on the new iteration to the operating system. Also, feel free to share any new features, changes or tricks that you discovered, in the comments section below.