Here, we have mentioned Google Photos alternatives that offer a cloud backup solution. If you are looking for the best Android gallery apps to locally manage media files then follow our linked article. To easily move to the relevant app, just click on the link below.

If you are subscribed to Amazon Prime then your search for a Google Photos alternative stops right here. For Prime members, Amazon offers unlimited full-resolution photo storage and 5GB of video storage. That’s bonkers, right? You are essentially getting Google Photos’ “Original Quality” plan without having to pay anything extra. 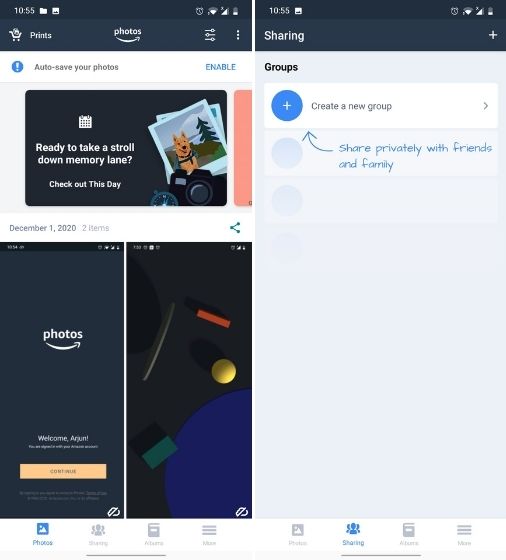 Unlike reduced resolution on Google Photos, all your images will be uploaded in full resolution on Amazon Photos. Apart from that, you can also share your unlimited photo storage with up to 5 family members.

So if anyone has got Amazon Prime subscription in your family then you can easily get the free backup service. In case, you exhaust your Amazon Photos limit then you can opt for the paid plan which starts at $1.99 per month for 100GB storage. As for non-Prime users, you get 5GB of total cloud storage for photos and videos. Having said all of that, keep in mind, Amazon Photos is officially not available in India currently.

Flickr is generally seen as an image hosting service for professionals, but not many know that it also offers great cloud storage options just like Google Photos. For free users, it offers a backup of 1000 photos and videos. After that, you will have to pay for the paid plan. Sure, the free tier is not that enticing, and rightly so as it stores your media in full resolution. 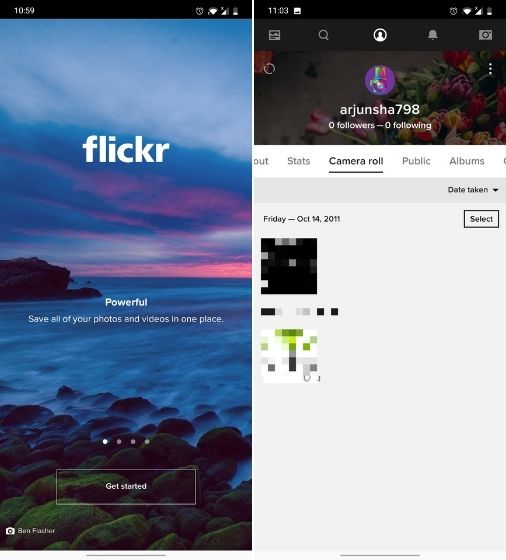 However, if you choose to get the paid plan and have plenty of images to store then it’s a much better value than Google Photos. The paid plan starts at $7.99 per month which offers you unlimited photo and video back up at a full resolution.

If you are an Apple user and have been relying on Google Photos to back up your photos and videos then it’s time that you consider Apple’s own iCloud service. Yes, the free 5GB storage is not enough, but here I am talking about users who are willing to pay for a paid plan. But which service is better: iCloud or Google Photos? Let’s find out. iCloud offers 50GB of storage for $0.99 per month which is in line with Google Photos’ $1.99 plan for 100GB. 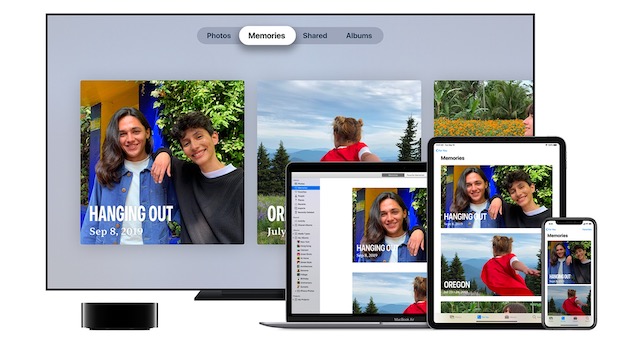 And for Indian users, iCloud makes a lot of sense right now. Apple unveiled the Apple One subscription service which offers Apple Music, Apple TV+, Apple Arcade, and 50GB of iCloud storage for just Rs. 195/month. In case, you choose the family plan which can be shared with a total of six users, it costs you just Rs. 365/month having access to 200GB of iCloud storage. That’s amazing, right?

Effectively, at Rs. 60/month, you are getting premium Apple services along with 200GB of cloud storage. I would say, for Apple users, iCloud appears to be a great Google Photos alternative and you should definitely give it a look.

OneDrive is more of a Google Drive alternative, but recently Microsoft made several changes to its app to make OneDrive a better alternative to Google Photos as well. Now you can set up automatic syncing from the Settings page and configure folders to be backed up in the background. Coming to the storage offerings, OneDrive offers 5GB of cloud storage to free users and the paid plan starts at $1.99 per month for 100GB of space. 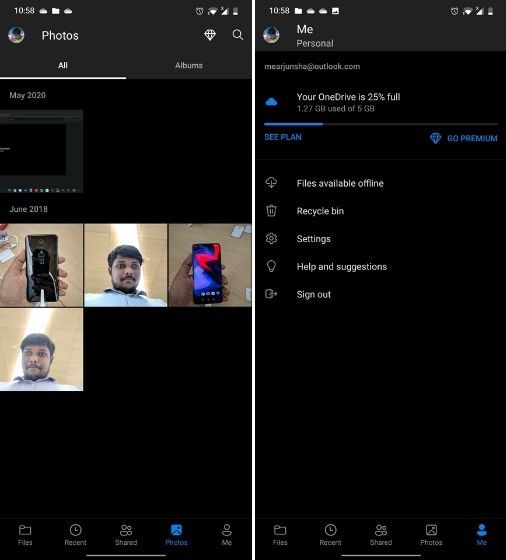 All in all, OneDrive follows the Apple playbook and does not offer huge cloud storage to free users. I would only recommend it to users who are already enrolled in Microsoft’s various subscription services.

Dropbox is another Google Photos alternative that you can consider if you are looking for a paid and secure platform to host your images and videos. Unlike Google Photos that has a free offering of 15GB and a base plan that starts with 100GB, Dropbox offers a free 2GB option and straight-up offers 2TB cloud storage for $11.99/month. 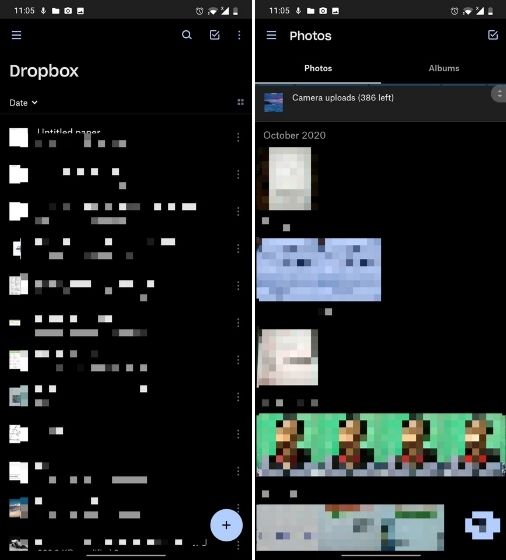 Sure, it costs much more than Google Photos, but it does bring you a large pool of cloud storage. Apart from that, Dropbox offers seamless syncing both on the desktop and your smartphone. I have been using its services for many years and I can vouch for its reliability and security. Simply put, if you need plenty of cloud storage and don’t mind paying a bit more for security and reliability then do have a look at Dropbox.

If you use Google Photos on your desktop to upload images and videos then Photobucket is another alternative that you can try. It has a mobile app, but the service is generally popular for its easy-to-access web portal. You can upload up to 250 images for free and after that, you will have to pay a monthly charge of $5.99 for 25GB of storage. 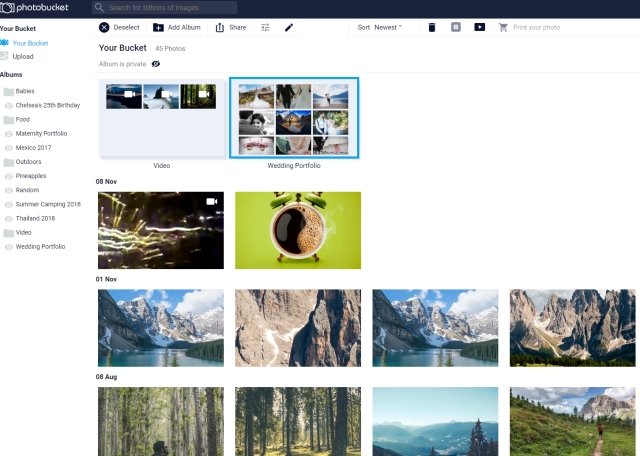 The best part is that you get no ads, no reduction in image quality, and better security. To be clear, Photobucket uses 256 Bit RSA Encryption to keep your account and images secure on the internet. Further, Photobucket has Secure Private Album Sharing which lets you have full control over who can access the photos. To conclude, if you want a replacement for Google Photos on the web then Photobucket is a good choice.

Pick the Best Google Photos Alternative for Android and iOS

So these are our picks for the best Google Photos alternative for Android and iOS. As you can observe, there is hardly any service that is offering unlimited free storage. There are many cloud services that tout 100GB of free backup, but I have refrained from mentioning those services as your security and privacy can’t be guaranteed.

So go through the list and find a suitable Google Photos replacement for you. In case, you are moving from Google Photos to OneDrive or Flickr then you can follow our linked guide to seamlessly export your photos in one-click.