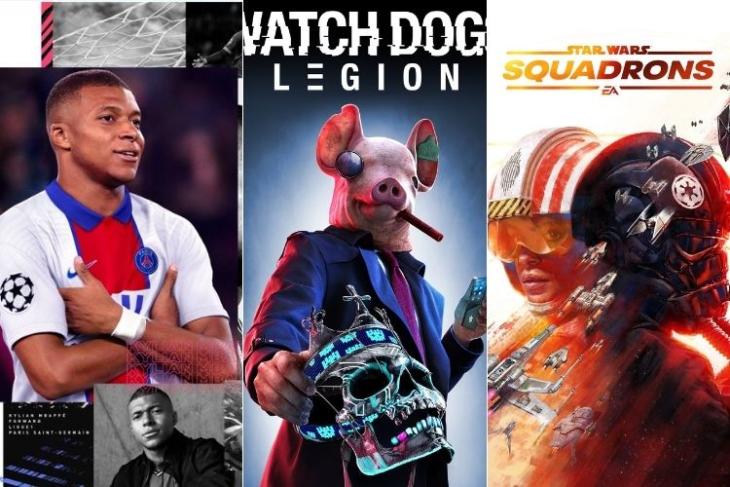 Unlike previous months of 2020, October is going to be a peak time for gamers around the world to get their hands on an array of new video games. With some of the most awaited titles making their way to the market, let’s just say it is gonna be a great month for both pro and casual gamers alike.

Now, although there are tons of games releasing in October, I am going to list 5 of the most-awaited and hyped games of this year. So here it goes:

Super Mario Bros., as we all know, is one of the most popular arcade-style game ruling the market for quite a long time. This year, Nintendo is celebrating the 35th anniversary of the series, and “Super Mario Bros. 35” is a major part of that celebration.

It essentially combines the classic gameplay of the OG Super Mario Bros. with a Tetris-like set design to add battle royale elements to the 2D arcade-style game. In the game, you’ll be playing the classic Super Mario Bros. against 35 other players. Whenever you defeat an enemy, it will go to your opponents’ screens for them to defeat that enemy.

The game is exclusively available for Nintendo Switch right now. However, it is a limited-time game and will become unavailable to play from March 31, 2020. So, hurry and get your hands on this title right away.

EA, earlier this year, announced the release of Star Wars: Squadrons, a new battle royale-style game set in the much-loved Star Wars universe. Since the announcement, the game gained a lot of hype as it is expected to deliver a unique kind of battle royale experience. Also, it will be a one-time buy with no extra microtransactions.

In the game, You will be able to get into the cockpit of a TIE Fighter or an X-Wing to fight with other players in a multiplayer mode. There is also a Story mode, of course, that will take you on an adventurous journey in the Star Wars universe.

The game is now live and available for PC, Xbox One, and PS4. I love battle royale games and can’t wait to test this one out.

After several delays, EA’s one of the most anticipated titles, FIFA 21 is finally making its way to the market this month. The game has been in development for quite some time now as the developers are working hard to improve the game and remove in-game toxicity from the online multiplayer mode.

It will bring the familiar gameplay of FIFA with a new and improved Career Mode, a new “Volta mode” with exclusive celebrity players and in-game apparel from Nike and Adidas, and of course, the updated football teams of this year.

If you are tirelessly waiting for Cyberpunk 2077, then I think you should be excited about this action-adventure game developed by the Polish game-development studio, One More Level.

This FPP game brings hardcore sword-slashing action and is set in a dystopian, grim, cyberpunk-style city’s megastructure, Dharma Tower. You will have to use your insane speed and the available high-tech technologies to ascend the tower and “discover the story of a world that has already ended and whose inhabitants must fight to survive”.

The game will be making its way to the market on October 29, 2020. It will be available for PC, Xbox One, PS4, and Nintendo Switch.

Developed by the popular game-development studio, Ubisoft, Watch Dogs Legion is one of the major titles that was announced at the company’s “Forward 2020” event.

The game is a part of Ubisoft’s Watch Dogs series and is set in a military-captured London in a distant future. It features a few new things coming from its previous iterations. For instance, now you can play as NPCs in the game, which was not possible earlier.

Watch Dogs Legion is coming to the market late this month, on October 29. Apart from future versions for the next-gen consoles, the game will be available for PC, Xbox One, PS4, and Google Stadia.

So, here are the games that are coming to the gaming market this month. I, personally, am pretty excited about “Star Wars: Squadrons” and “FIFA 21”. Which of these game(s) are you most excited to check out? Let us know down in the comments section.