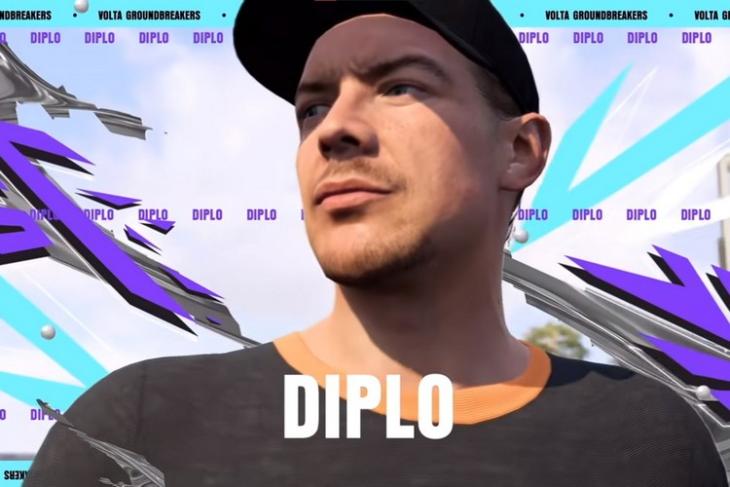 Apart from removing toxic celebrations from online matches, EA has been working a lot on improving its upcoming FIFA 21 title. The developers recently unveiled that they are bringing celebrities and exclusive in-game apparel drops in FIFA 21’s new “Volta mode”.

The Redwood City-based game developers recently released a new video showcasing the new iteration of FIFA’s Volta mode. The developers introduced this mode with last year’s iteration and it brings the players to the streets, away from the big stadiums of popular clubs.

Now, this year, EA is bringing a lot of new things to this relatively new game mode in FIFA 21. As per the video (attached below), you will be able to play football as a few celebrities. FIFA 21 is kicking off the journey with the popular composer/ DJ, Diplo, in the Volta Mode.

There also will be exclusive drops for several players like Kaka, Eric Cantona, Kylian Mbappe, and Thiery Henry. FIFA 21, as per the video, aims to introduce a new player (or celebrity player) to the Volta Mode every week, which is amazing.

Moreover, players will get in-game attires for the players and celebrities from major brands like Adidas and Nike. Also, there will be a special Volta football collection handpicked by Spanish footballer, Héctor Bellerín. It is inspired by Barcelona’s skate scene and is only the first collection drop, with many to follow in the coming weeks.

Talking about the Volta collection, David Jackson, the VP of Brand at EA Sports FIFA said, “Héctor brings a unique perspective, not only as a top player but as a socially conscious voice at the intersection of football and fashion. We’re excited to share his vision for a collection that blurs those lines, influenced by his family and his relationships in the fashion world.”