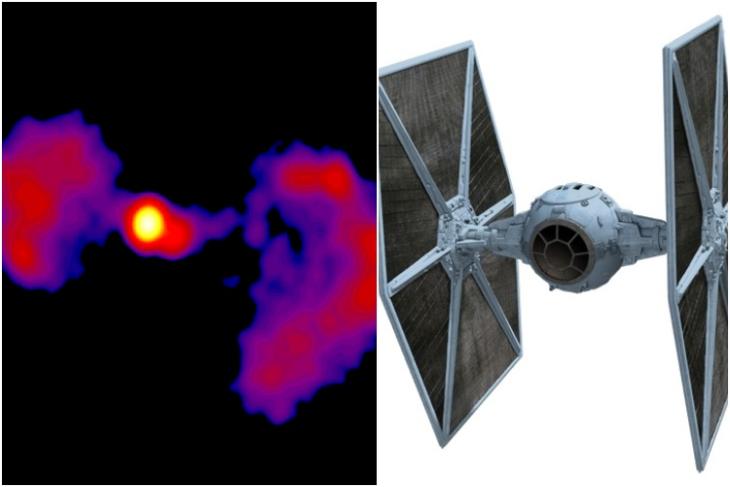 NASA, as we know, constantly surveys the space in search of new celestials. However, it is pretty rare that they find something that refers to a space movie. For instance, scientists have never found something like the “monolith” that we saw in Stanley Kubrick’s 2001: A Space Odyssey. Nonetheless, the space organization recently reported that they have found a new galaxy that has the shape of a TIE Fighter spacecraft that exists in the Star Wars universe.

The TXS 0128+554 (TXS 0128 for short) is a newly discovered galaxy located 500 million light-years away from us. It resides in the “Cassiopeia” constellation locked in by the force of a supermassive black hole. This black hole is huge and I mean a whole billion times massive than our very own Sun, according to NASA.

However, the whole galaxy, when viewed from a distance, actually has a shape that roughly resembles a TIE Fighter spacecraft from Star Wars: A New Hope (Episode IV) which released way back in 1977.

A Galaxy of the Starfighters?

Now, the TIE Fighter jet has a unique bow-tie-like shape, with a circle in the middle and two vertical-flat wings on each side. In the Star Wars universe, the TIE is an acronym for Twin Iron Engine. However, director George Lucas added the name because he thought that the spacecraft simply had a design like ties.

So recently, NASA scientist and a Professor of Physics and Astronomy at Purdue University in Indiana, Matthew Lister published a paper describing the latest findings of a very distant galaxy that NASA’s Fermi Gamma-ray Space Telescope traced almost five years ago. This was the TXS 0128 that I mentioned earlier.

The colors in the galaxy, which include purple, red, and yellow, depicts the intensity of the radio signals. It goes from low to high and changes its color from purple to yellow.

So now, that you have seen the shape of the galaxy, take a look at the TIE Fighter jet from Star Wars: A New Hope. 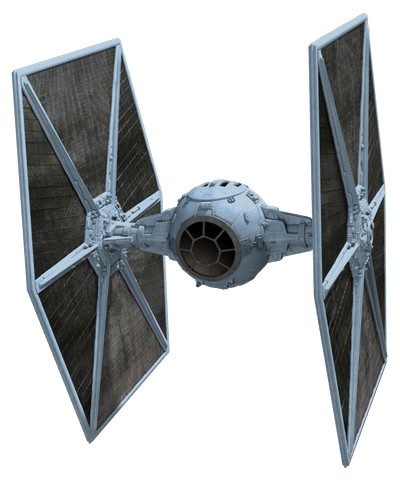 So, as you can see above, the resemblance is uncanny.

“The first time I saw the results, I immediately thought it looked like Darth Vader’s TIE fighter spacecraft from ‘Star Wars: Episode IV – A New Hope.’ That was a fun surprise, but its appearance at different radio frequencies also helped us learn more about how active galaxies can change dramatically on decade time scales.”, said Matthew Lister.